A genealogical search took years for Tammy Lough to uncover a long-held family mystery. She will be at the St. Albert Public Library on Sunday to present what she found and talk about the beauty and importance of tracing one's roots.
0
Feb 1, 2020 7:30 AM By: Scott Hayes 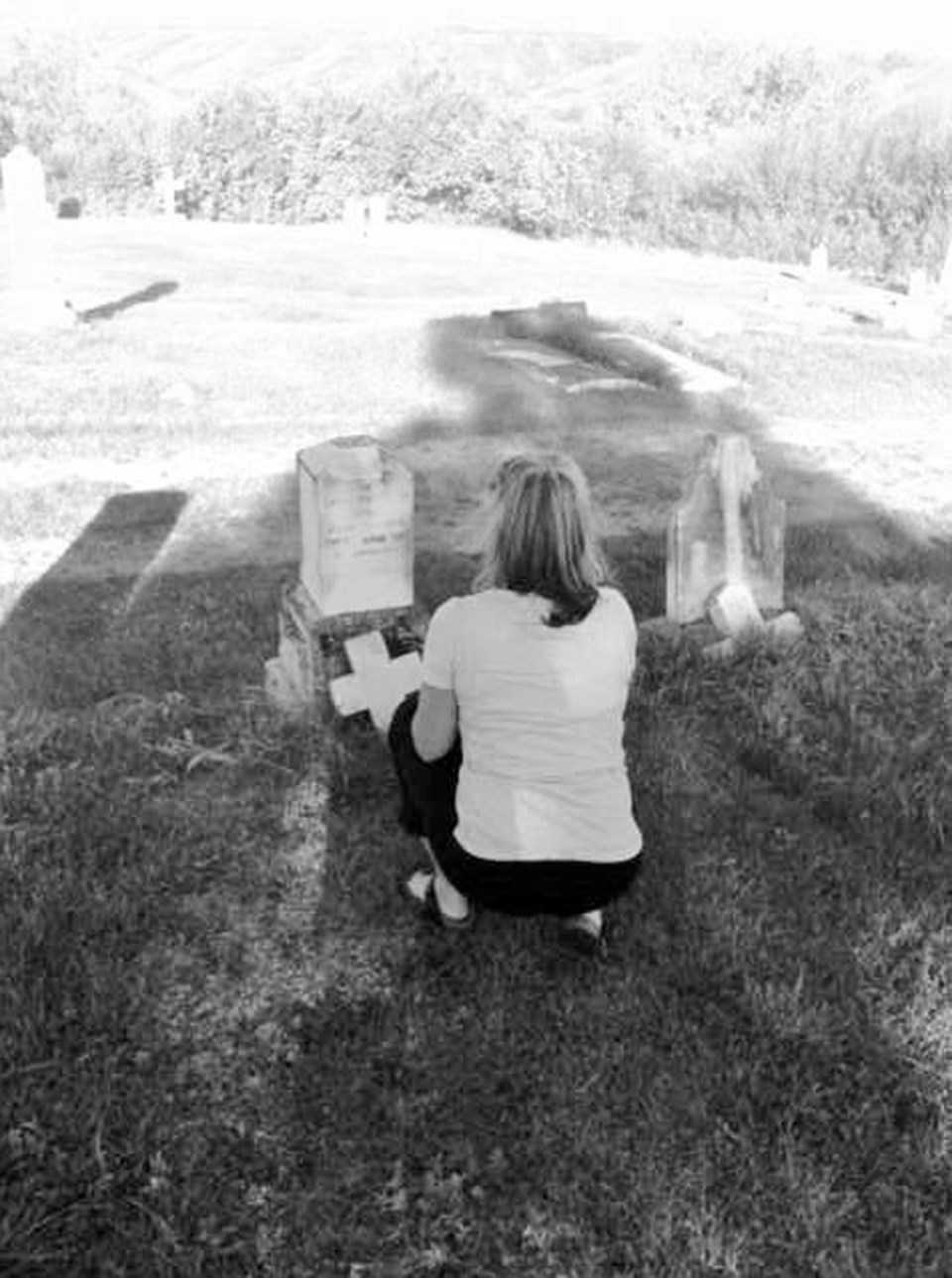 Tammy Lough poses at the grave of her great great aunt Mabel Jane Bruce. Lough will be presenting her family history during an event on Sunday at the library. Her genealogical research uncovered a long-held and shocking family mystery. TAMMY LOUGH/Photo

You never know what you're going to unearth when you start digging around in your family tree. Tammy Lough will be the first to admit that.

The Sherwood Park woman spent years working on her genealogical research when she revealed the secret to a long-held family mystery involving her great-great-aunt Mabel Jane Bruce on her paternal side. She will reveal the discovery during a presentation at the St. Albert Public Library on Sunday. Without spoiling the big reveal, she spoke with the Gazette about her family’s history and the importance of genealogy in today’s world.

“My parents divorced when I was very young and I knew very little about my paternal grandmother ... her background, her family. That's what got me on the quest of researching this part of my history.

“I wrote my grandmother six or seven years ago trying to get information about her, her parents, and if she had anything on her grandparents. She sent me a letter back, giving me some detailed information about our family but one sentence in this letter I found to be very intriguing. It said my aunt Mabel died a mysterious death. She died in a slough on the farm. That's all she knew.”

She didn't pay much immediate attention to that, but five years later, she rediscovered the note and really started to look into it. She went through “boxes and boxes” of old family photos and other memoirs, old newspaper articles, registrations, death indexes and even files offered by the North-West Mounted Police.

It wasn’t easy, and there were dead ends where information just stopped. Later, another piece of the puzzle would emerge and the search would begin anew. What she eventually learned would help put the mystery to rest and help her now 99-year-old grandmother to come to terms with the past and what really happened to her aunt.

The importance of digging at roots

Lough will reveal the truth during her event called The Unearthed Mystery of Mabel Jane Bruce starting Sunday at 2 p.m. She will also talk about genealogy, a hobby she took up 15 years ago. Through her own personal work, she has become an expert of sorts and now teaches workshops on it at the Strathcona County Library.

“The basic reason why I got started and what had intrigued me so much is I just needed to know and that's why a lot of people do it. They want to know where they came from. They want to know family traditions. A lot of people want to get medical history so they keep tracing back to see if they can find out little patterns in their family,” she continued.

“As you trace back, you can see the patterns: your great-great-grandfather was very, very good at this and somehow it got passed down through the genes or what have you, two generations down. You see things in the research that you do that pertains from 200 years ago or 100 years ago and you think to yourself, ‘this actually pertains to me.’”

Lough is nearing the completion of her Professional Learning Certificate in Genealogical Studies at the National Institute of Genealogical Studies. She offers two programs, one of which is a drop-in session called Genealogist in the House, while the other is a Genealogy Tutor where she instructs people on doing their own research.

Cannes Lion supports Ad Club fund
Feb 19, 2020 2:00 PM
Comments
We welcome your feedback and encourage you to share your thoughts on this story. We ask that you be respectful of others and their points of view, refrain from personal attacks and stay on topic. To learn about our commenting policies and how we moderate, please read our Community Guidelines.