The stars are coming out for STARFest 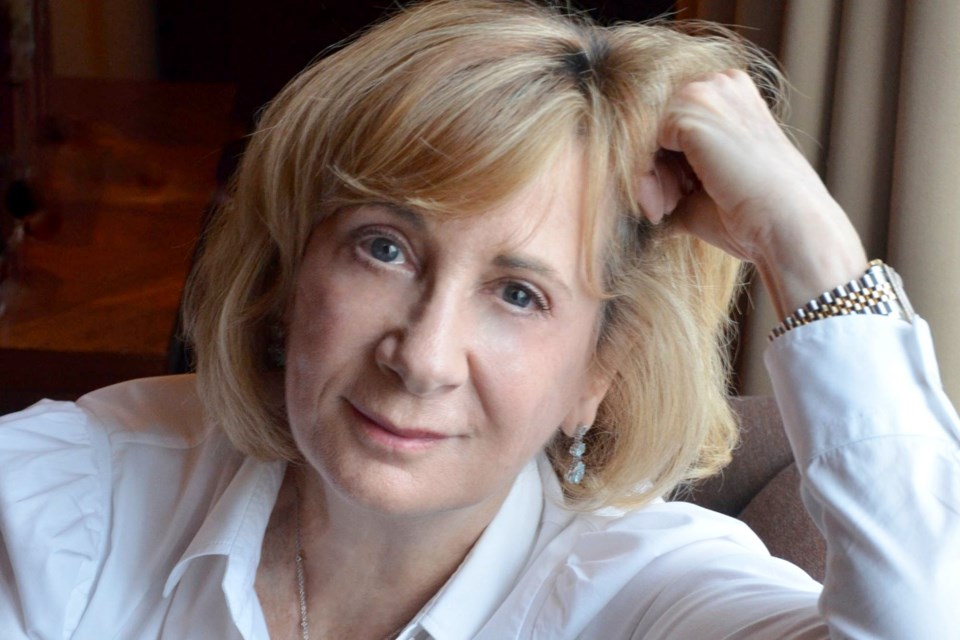 Joy Fielding is at the Arden Theatre on Tuesday, Oct. 15.

The enjoyment of literature becomes a celebrity affair every autumn in this city. The St. Albert Readers Festival is a star-studded and action-packed carousel of some of the biggest, newest, and brightest names on the Canadian writing scene. Before the end of October, more than a dozen writers will be make appearances with special events hosted by other local authors. In fact, STARFest is already underway as Katherena Vermette stopped by the St. Albert Public Library to kick things off last Friday.

The tension is backbuilding this week before the festival rolls out author after author, day after day starting next Tuesday. There is even a special event planned for Oct. 23. Host Diana Davidson will bring Wendy McGrath, Lauren Carter, Randy Nikkel Schroeder, and Michelle Kaeser together for a panel discussion on the Book Publishers Association of Alberta’s Read Alberta eBooks project.

Most events will take place in Forsyth Hall at the library, with a select few set to grace the Arden Theatre stage. Tickets for all ($7 for Forsyth Hall, $15 for Arden Theatre) can be purchased in advance through starfest.ca or at the customer service desk at the library. Call 780-459-1530 for more information.

Please note that the previously scheduled event with author David Bezmozgis set for Oct. 16 had to be cancelled. It was announced on Sept. 30 that his book Immigrant City has been shortlisted for the 2019 Scotiabank Giller Prize, requiring him to participate in the Giller’s Between the Pages tour at the same time. Tickets are being refunded.

Tuesday, Oct. 15 at the Arden Theatre
Hosted by Janice MacDonald

It’s a really evocative title for a book about the world of Internet dating: All the Wrong Places. Hopefully your mind immediately goes to that old Johnny Lee song about a guy whose poor luck with romance stems from the misguided places where he was looking for it.

“The title actually was not my idea,” Fielding admitted. “I don't mind it, but I had a different title originally. I called it Mr. Right Now. The powers that be felt that might be a little too chick-lit-y.”

The bestselling author of several gripping thrillers novels returns to fine form with this story of four women who turn to Internet avenues to find that ever-elusive perfect mate. Instead, they cross paths with a killer who knows how to use technology to help him hunt his prey. It’s a strange world out there so there’s more than a hint of plausibility in the plot. Fielding prefers not to think of this as a Little Red Riding Hood kind of warning about walking in the woods.

“I really wasn't intending it as a cautionary tale. I mean, it is. It turns out to be one, I suppose. But no, my intention was really just to explore today's dating world not just from even the young person's perspective. I'm dealing with four different women and four different situations (including the 70-year-old mother of one of the women who's a widow) and who decides to give these dating sites a try. Computers, frankly… even though I work on one, they terrify me. The second it dings that something's wrong, I just have an absolute fit,” she revealed.

“I like to write suspense and I thought it was a modern, current way to look at relationships. I wasn't really trying to warn anybody out there but I was trying to write a convincing, character-driven story about why people use these sites and how they can be abused, and to create really an entertaining story that you wouldn't want to put down.”

She added that she’s very much looking forward to her time at STARFest, which she has always heard terrific things about. She really relishes these kinds of appearances because writing is a solitary profession, she said, but it’s connecting with readers and finding out what they think that helps fuel her work.

Donoghue is a big name in literature and in literary awards. She won both the Rogers Writers’ Trust Prize and the Commonwealth Writers’ Prize, and has had her name on the shortlist for the Giller, Man Booker, and Orange Prizes. She also wrote the screenplay for Room, which was nominated for an Academy Award in 2015.

Her newest book, Akin, finds an American professor taking his great-nephew to the French Riviera to learn more about his own mother’s secret life during the Second World War. It’s a detective story, an odd couple story, a travelogue, and a thriller all wrapped into one.

Friday, Oct. 18 at the Arden Theatre
Hosted by Ken Davis

There must be very few stories that Linden MacIntyre couldn’t tell. He’s got a head full of them from his days on CBC’s The Fifth Estate and going back even further than that to the Newfoundland of his upbringing.

“I think this is a form of therapy. For me, the novel or the book is also therapeutic in the sense that it helps me to excavate a lot of stuff that never got on TV or never got on the radio or in the paper. Some of it is stuff that really does have to be excavated and given some meaning and appropriate context,” he said.

The Wake, his newest non-fiction work, is an important Canadian story. It examines the 1929 Newfoundland tsunami along the Burin peninsula. It was calamitous and tragic as you might expect with death and devastation, though MacIntyre doesn’t stop there. He traces the ripples of that event through the decades, following its lasting effects on the small mining community, and on him personally.

“This is not a story that grew out of my journalistic experience. This is a story that was sitting in the middle of my life. This little place on the south coast of Newfoundland was the first home that my parents established together.

Her own special style of observational humour is what helped Amy Jones get on the shortlist for the Stephen Leacock Medal for Humour. My guess is that she’ll be back on that list again before long as Every Little Piece of Me takes hold on a larger readership.

It’s a look at a strange and wonderful friendship between two young women whose lives face different forms of public scrutiny. The first is a part of her family’s reality TV show about running a bed and breakfast in a small town in Nova Scotia. The other is the lead of a Halifax rock band who is also dealing with the aftermath of the death of her husband who was also the band’s bassist.

It takes a rare talent to turn what could easily be an angst-filled psychological examination of two troubled artists and find the laughs in it without losing the humanity.

“My writing I don't think necessarily falls into the standard humour category. It's a mixture. I guess it's more like a black comedy or more tragicomedy,” she said, mentioning how reassuring it was to get the Leacock nod.

“It's really nice to be able to be recognized for being funny because that is one of those things that you never really know it. You might think you're funny but you never really know if it's going to land with other people. That's especially a nice recognition to get because it gives you the confidence to be like, ‘OK, well, maybe, you know, maybe this humour is resonating with people?' "

The idea for the story actually came from a similar source as Fielding’s All the Wrong Places: social media. We’re all subjected to more of the public eye whether we like it or not, she said, making that stress a new commonality across the continent and the world. The trials and tribulations that Ava and Mags go through in the book become more relatable in that way.

“I started thinking about different scenarios of celebrity. My first novel has a bit of an element of that – there's a viral video aspect to it – but it was about family, a dysfunctional family. I didn't even realize I was writing it that way when I was going to go out and do promotions that people were going to start asking me about my own family,” she revealed.

“I didn’t really mind it. I’m fine to talk about how my own life is versus my work. I think, what's the furthest thing from our experience? I came up with this idea of two young women who are growing up in the spotlight. Of course, when I started writing it, I realized, because it's me and it's the way I write, a lot of my own personal experiences as a woman online and stuff like that ended up in the novel as well.”