Reporting falling, as children lose access to trusted confidants outside the home
May 16, 2020 8:00 AM By: Hannah Lawson 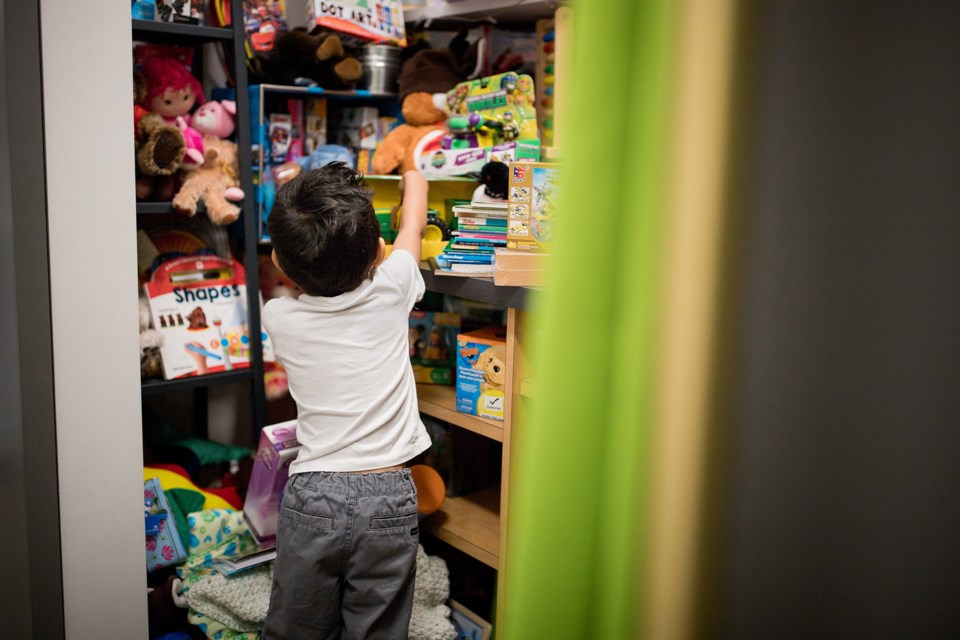 The Zebra Centre Edmonton is reporting a 31-per-cent decline in child abuse files, but warns the abuse could be actually increasing and confined behind closed doors. Children no longer have access to teachers, coaches and other trusted adults they would typically disclose abuse to. ZEBRA CENTRE/photo

Adults are legally obliged to report child abuse to police if they even suspect mistreatment is occurring, but the people children usually confide in are not accessible any more.

“We have some clients on our books who can't get a hold of us, because the parent that they're staying with won't allow them to,” she said. “They're not going back and forth to the other parent, because of social distancing, and the family law courts are not open right now, so you can't contest this stuff.”

Reports of child abuse are down, but that does not necessarily mean abuse has stopped, according to the Zebra Centre in Edmonton. The child advocacy centre is a multi-disciplinary response to child abuse that provides support for kids working their way through the justice system.

Last year at this time, the centre was supporting 80 children, and that number has dropped to 55. According to Sgt. Manuel Illner with the Edmonton Police Services Child Protection Section, who works closely with the Zebra Centre, the drop is very similar to what happens when school is out for the summer.

“We suspect that there's still the same amount of abuse going on, if not more stuff not being reported,” Illner said. “There's nobody that they can report to usually that they feel comfortable to report to.”

The Zebra Centre typically sees an increase to its caseload every year, and Illner said there’s no reason that number should be falling now.

Zebra Centre chief executive officer Cheryl Diebel said schools and childcare facilities are no longer a “protective factor” because children are not having contact with them.

“Those intakes or referrals just aren't coming through,” she said. “That's the biggest issue.”

The assumption that all homes are safe for kids is false, Diebel continued. She explained if homes were unsafe prior to COVID-19, the level of new stress being piled on by the pandemic will create an even more fractured environment.

Illner expanded on Diebel’s point, saying about 87 per cent of child abuse suspects are immediate or extended family members of the child.

Diebel said members of the community can help simply by checking in on families you believe may be under stress and offering some level of support.

Last month, St. Albert-based Stop Abuse in Families reported they were experiencing significantly higher call volumes in the first three months of 2020, and the numbers are continuing to jump, tripling since January.

Kelleppan said SAIF received 77 new calls in April, up from 47 calls in March and 36 in February.

“It's going up by leaps and bounds in a way that we're a little afraid of,” she said. “We are afraid of seeing these numbers come so fast and so early in the year, because what does that bode for the rest of the year?”

Elders who were able to shake off manipulative and abusive loved ones prior to the pandemic are now seeing those same people come “crawling back” for money, which Kelleppan said is “disheartening” to see.

Kids stuck at home may have had their only lifeline – their phone – taken away, and they are not able to call SAIF or other trusted support.

“We can extrapolate that (besides) the kids who are reaching us, there's a whole bunch more who aren't able to.”

Those who are stuck in abusive relationships now have no reprieve, such as quick trips to the gym or picking up groceries.

For some, the pandemic has exacerbated a situation from bad to worse.

“When the violence or when the abuse was more psychological or emotional or verbal, it's now slowly moving into that physical space,” Kelleppan said. “For those who are already being physically assaulted, they're seeing an escalation of the physical violence that they're getting.”

Even as demand on resources is reaching record highs, the amount of funding is dropping off as people are less able to donate, which Kelleppan said is a “scary” position to be in.

SAIF applied for the Alberta government’s emergency injection of $30 million to social services, last month, but has heard nothing about its application.

“That's a concern as well, because we're on the front lines right now. We're doing the work right now. The money needs to be provided right now.”

Anyone able and willing to make donations to SAIF can do so here.

Support for the Zebra Centre can be directed here.