Ball in the air for many St. Albert sports teams

Some sports leagues have had to cancel summer seasons entirely, while some are holding onto hope for modified seasons
0
May 21, 2020 8:00 AM By: Hannah Lawson 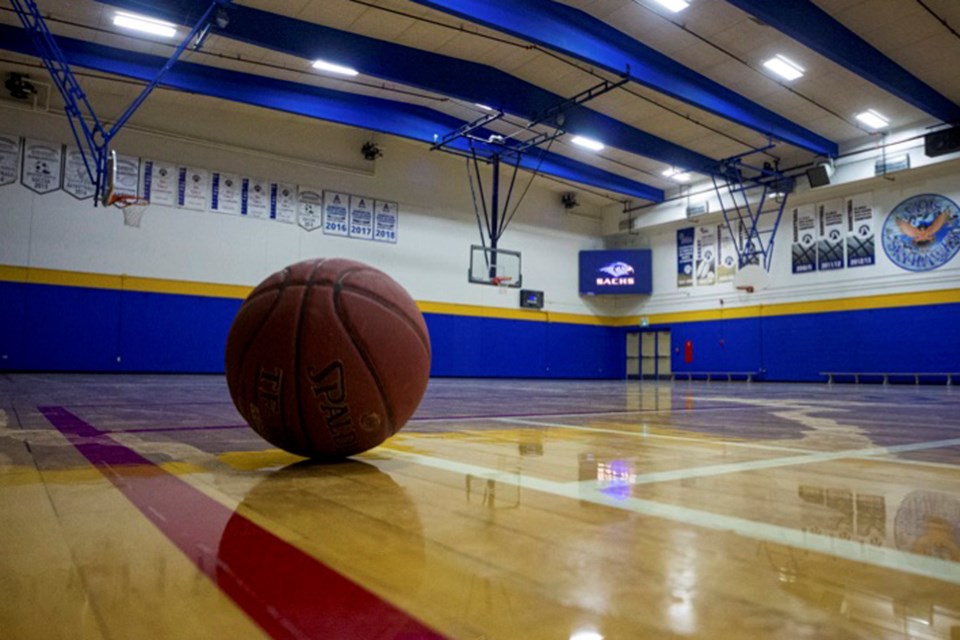 For many local sports leagues, the ball is still up in the air for their 2020 seasons.

Usually the air is ripe with the scent of mowed grass at this time of year, with preparations underway for play that many athletes look forward to all year.

Even as Alberta has increased gathering limits to 50 people due to COVID-19, it is difficult to imagine when athletes will be able to have a team huddle again. Blood, sweat and tears literally mix together on the pitch for some sports, and for others social distancing is very difficult if not impossible.

For some sports that would have kicked off already earlier this spring, a regular season will not be happening, as is the case for baseball and lacrosse. But others are planning for business as usual, or modified seasons, in the hope health guidelines will soon allow for some semblance of play.

City of St. Albert fields are open to “spontaneous” play, which means no organized sports are permitted yet. Corporate communications director Cory Sinclair said in an email sports fields leased out to teams are not open, and “it is unclear if and when” organized sports will resume, and under what parameters.

St. Albert Minor Baseball has had to cancel all sanctioned, in-person events until Sept. 1, as per direction from its provincial authority, which essentially cancels all scheduled leagues. However, president Kurtus Millar said if authorities determine it is safe to open fields to organized sports, they will “try to salvage some form of organized baseball.”

The rugby season would typically be in full swing by the end of May, but all events have been shut down until at least July 1, at which time sanctioned play will be re-evaluated according to Rugby Alberta direction.

St. Albert Rugby Football Club president Terry MacPherson said the provincial authority has indicated hope for a shortened season beginning in August or September, with a focus less on competition and more just on participation.

“Everybody's kind of in this together and it's not much fun,” he said. “I feel for the parents who are at home and not working and (who have) three kids and you can't take them out to run around (and) play.”

Traditional soccer games are out of the question this summer, but the St. Albert Minor Soccer Association is ironing out plans for play that incorporate physical distancing. For example, executive director Chris Spaidal said play will emphasize solo technical training and may include team games with a different format in which players have to respect the space they are allocated.

Once the finishing touches are put on their plans, the soccer association will aim to get a stamp of approval from the Alberta Soccer Association.

St. Albert Minor Football players are being asked to register for the 2020 season so the league can plan accordingly, although president Rob Patrick said “a lot is unknown.”

Assessment camp, typically held on the first weekend of June, has been cancelled, and Patrick said practices throughout June will likely be cancelled as well. The sport's governing body is weighing “many possibilities,” including adjusting style of the game from 12 players per side to nine or six. A decision is expected by the start of July.

Football Alberta has also recently announced a relaunch proposal they are hoping will be considered by Alberta Health Services.

The Greater Edmonton Lacrosse Council announced April 9 its entire spring box season would be cancelled. The St. Albert Rams Association did not respond to a request for comment prior to press deadline.

The St. Albert Men’s Slow Pitch Association (SAMSPA), which is entering a milestone 40th year this summer, is “holding out hope” it will get back to playing ball later this summer in accordance with health restrictions.

“We've actually put together two scenarios, from a financial perspective: one is the worst case, (which) is no season at all. Then a modified situation where, you know, we're gonna play half of our season,” said one of the association’s directors, Malcolm Parker.

For sports that do not kick off until the end of summer, such as hockey and ringette, teams are preparing for a full season. But things may not be as they were in years past.

St. Albert Minor Hockey Association executive director Michael Tymko said it is uncertain what kind of season there will be this year, or if there will be one at all.

“At this point our direction from our regulating bodies (has) been to prepare for business as usual, however recognizing that it likely will not be a normal hockey season,” he said. “We are considering and planning for all possibilities for the upcoming season.”

St. Albert Ringette is hoping for a full season, which typically begins the last week of August.

Readers should keep tuned to the provincial authority of each sport in order to get up to date information, as the situation is changing rapidly.

For associations that have costs regardless of a season, including leasing fields and loss of income due to concession closures, they are looking to recoup some costs through fundraisers.

Men’s slow pitch is running a campaign called “SAMSPA Survived COVID-19,” in which people or businesses who make donations will be listed on a recognition board at the diamonds.

St. Albert Minor Baseball is also asking those who are able to make donations to help cover maintenance and insurance costs for Legion Ball Park.