Barber back in business 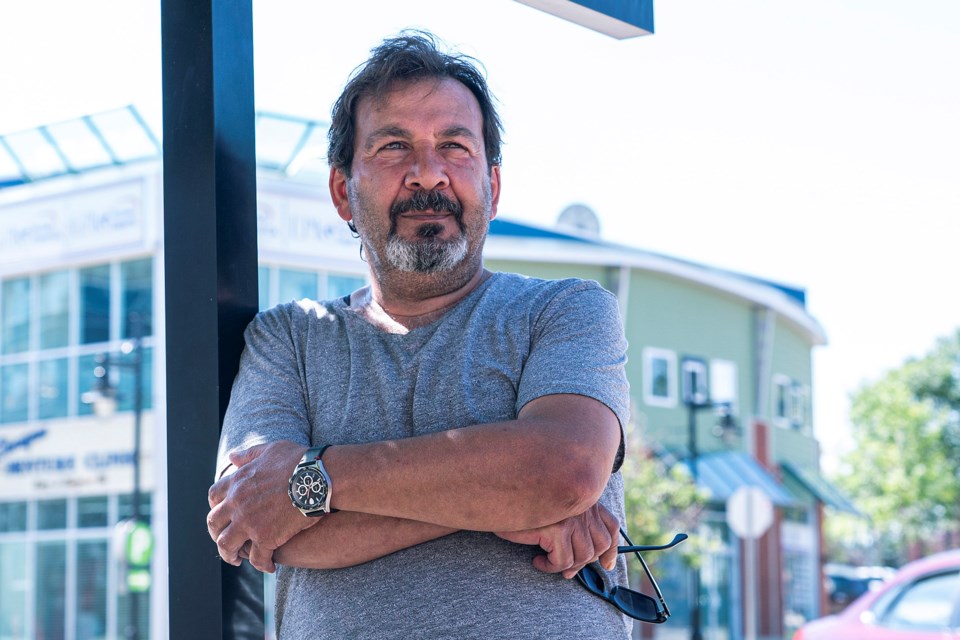 Jamal Cherkaoui is reopening his old barbershop in the downtown after having retired two years ago. The barber has been active in St. Albert for almost 25 years and still cuts hair in his garage at his Edmonton residence. CHRIS COLBOURNE/St. Albert Gazette

Two years ago, Jamal Cherkaoui set down his shears for the last time.

He had sold his Jamal Eden Studio on Perron Street and retired after 25 years as a barber in St. Albert.

But the song of the scissors was too strong to resist, apparently. Cherkaoui has come back out of retirement this month and has reopened his old barbershop on Perron.

Cherkaoui was one of the first barbers to set up shop in St. Albert, having first started operations in the early 1990s, the Gazette archives report. His blue, white and red barber pole was a fixture in the old Grandin Mall (now the site of Grandin Parc Villlage) for many years until he moved his barbershop to Perron.

Cherkaoui specialized in men’s haircuts done by hand and established a dedicated clientele. He and his barbershop also played a starring role in the 2017 documentary Things Arab Men Say.

Cherkaoui said he originally planned to split his retirement between Canada and Lebanon, but soon realized the political and economic instability in the Middle East made that impossible. He came back to Canada after 10 months.

“I like St. Albert,” explained the Edmonton resident, and his kids are in Canada.

Cherkaoui said he signed a non-competition agreement with the man he sold his studio to that ended April 1.

“Because of my age (61), I didn’t want to work for anybody,” he said, so he initially started doing haircuts for his old clients in their driveways.

When the pandemic started, Cherkaoui saw that his old shop was up for sale, so he put in an offer. He got the keys on Aug. 1.

Long-time client Larry Wood said he was glad to hear Cherkaoui was back in the game.

“Going to a new barber is one of the biggest fears of my life,” he said, as it could leave you stuck with a lousy cut for weeks.

Wood said he didn’t like the new barber he switched to after Cherkaoui retired, and went back to Cherkaoui when he heard he was back in town.

“He’s just a good barber. I like the way he does my hair.”

Cherkaoui said he plans to put up a new sign and barber pole over the coming months, and is thinking about new chairs and a paint job. He planned to keep his old hours, but will have to wear masks and limit the number of people in his shop at any one time to comply with provincial health guidelines.

Cherkaoui acknowledged restarting his business during a pandemic is risky, but he's confident his client base and his years of experience will see him through.

“Business is a gamble,” he said, and he isn’t worried about the future.

Cherkaoui said he isn’t sure how long he’ll stay in the hair game, but noted that one of his old assistants stayed on the job into his 70s.

“As long as I can stand behind a chair, I want to keep going.”

Cherkaoui’s barbershop is at 8 Perron St.