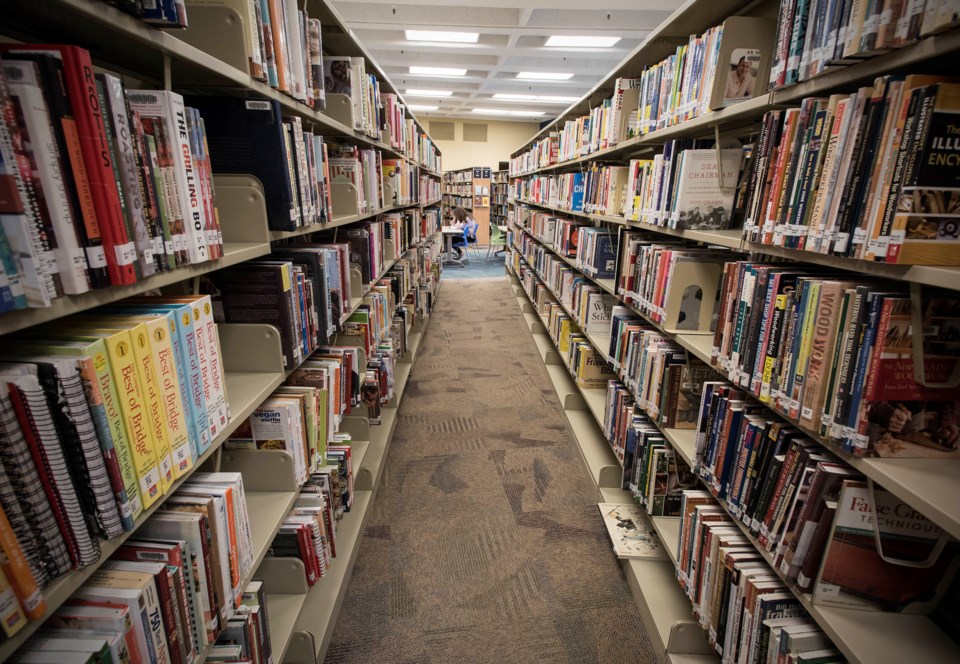 The St. Albert branch library project has been put on hold.

All work on the project has ceased, after a lengthy council meeting in which resident Carrie Blouin presented a petition with 6,700 signatures opposed to a bylaw authorizing the city to borrow $21.9 million for the project.

Blouin was one of several residents who spoke to council May 15 about the library issue, all of whom supported the idea of putting the question to voters in a plebiscite.

She said she started the petition not necessarily expecting to be able to get enough signatures in the limited time frame, but felt she had to try. Blouin soon discovered there were 54 other residents willing to help collect signatures. Organizers managed to get 6,700 signatures – a number of electors representing more than 10 per cent of the city's population – in just 14 days. They estimated about 80 per cent of people asked agreed to sign the petition.

"People want to have a say in how their tax money is spent," Blouin said. "I strongly urge council to give people the opportunity to have a voice."

Under the Municipal Government Act, the city now has 30 days in which to validate the petition, and then will have 90 days to determine how to proceed. It may force a question on the ballot during the Oct. 16 municipal election.

Council has directed administration to bring back a report on the petition for further discussion and to determine the next steps.

Council also passed a motion to postpone discussion of the bylaw until a future date established by council's agenda committee.

"Each one of them is a substantial tax increase on top of the regular tax increases we would be expecting," she said. "If we're asking for optional recreational items, we need to make sure the public is behind it."

Cost estimates were provided by city administration – including a margin of error of plus or minus 50 per cent according to city policy as the projects are still at the conceptual phase – of the building cost, operating cost, and total potential tax increase. Council has already approved project charters for all three projects to potentially be built over the next couple of years.

Hughes said her understanding is that the estimated costs could be further refined by the time the question is actually put on the ballot in October.

That vote, which also called for spending $10,000 to inform and educate residents about the question, passed 4-3 with Crouse and councillors Wes Brodhead and Tim Osborne opposed.

A previous motion from Coun. Bob Russell, which called for a ballot question but lacked precision as to what was being asked, was defeated by a 4-3 margin with Coun. Cathy Heron opposed. She said this week she supported Hughes' motion because it included the kind of precise language she was seeking.

Crouse said he had several concerns about putting these questions on the ballot: the figures included are not precise, there is little time in which to do a proper education campaign to inform residents, and $10,000 isn't a sufficient amount to do much education and outreach regardless, and councils are elected to make these kinds of difficult decisions.

He noted major projects like Rogers Place in Edmonton weren't approved by plebiscite, and said he also worried about how the next council would interpret the responses.

Lastly, he said he was worried the questions could result in additional confusion if the petition is deemed valid and results in the legislative requirement for a question specific to the $21.9 million library-borrowing bylaw to be put on the ballot as well.

Library director Peter Bailey said although the project is now up in the air, proponents will await the results of administrative reports on the process. While the project is delayed, he said he's still confident many St. Albertans support the project and that it will become a reality.

"We know the branch project remains a popular idea with many, many St. Albertans and we anticipate people showing that support in the fall election," he said.

After an in camera discussion in which council received legal advice on the issue, it was determined the land-purchase process as well must come to a halt. Sec. 254 of the MGA states that a city cannot buy or improve land for a project funded in whole or in part through borrowing until that borrowing bylaw is passed.