In an emailed statement, Getson said that the comments had been taken out of context by Notley and he was speaking to local business owners who had raised concerns about not being able to hire workers.
Oct 3, 2020 8:00 AM By: Jessica Nelson 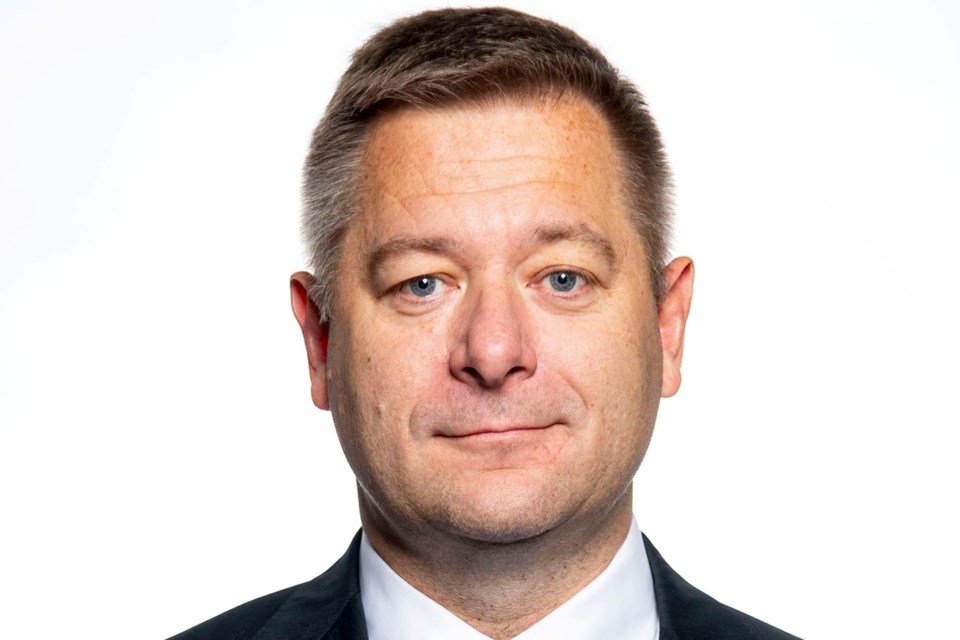 Comments made by Lac Ste. Anne-Parkland MLA Shane Getson about those receiving emergency benefits from the federal government during the COVID-19 pandemic, are rubbing some the wrong way. Facebook

Lac Ste. Anne-Parkland UCP MLA Shane Getson says comments he made about the Canada Emergency Relief Benefit (CERB) at a town hall meeting recently were taken out of context by the NDP.

NDP Leader Rachel Notley shared a 25-second clip of the two-plus hour town hall meeting to her Twitter on Tuesday that showed Getson saying, "They can't hire people, and I'm going, 'Well, why not?' They make more on CERB eating cheezies and watching cartoons, I guess."

The NDP demanded a formal apology from the UCP on Wednesday for Getson's comments.

In a statement emailed to the Gazette, Getson said that the comments have been taken out of context by Notley and he was speaking to local business owners who had raised concerns about not being able to hire workers.

Accompanying the emailed statement were links to news articles about issues with CERB, including reports about reopening businesses having trouble getting their staff to come back and articles linking CERB to increased drug use.

"Clearly, the vast majority of recipients of government support truly need it. At the same time, some legitimate concerns have been raised about these programs that cannot be ignored," the statement read.

“According to the Canadian Federation of Independent Business, CERB was the number one reason cited by small business owners for their inability to recall workers. And according to Ottawa Inner City Health, CERB is fueling overdoses in Canada’s capital city."

In a press conference, NDP Labour Critic Christina Gray, Mental Health and Addictions Critic Heather Sweet, Women’s Issues Critic Janis Irwin and four Albertans who had accessed CERB during the pandemic voiced their concerns about sentiments they perceived were expressed in the video by Getson.

“People who accessed CERB did so because their work places were closed or their families were forced to isolate. For the UCP to claim one quarter of our population accessed these benefits to buy cheezies and to watch cartoons and to buy drugs is beyond the pale,” said Gray.

What was the context?

Roughly an hour and 10 minutes into the town hall, moments before his "cheezies" comment, the full video shows Getson spoke about why he thinks people are still voting “red.”

“They think it’s the red they used to vote for twenty years ago. Well, the only red that’s happening there is so akin to that hammer and sickle right now, it’s not a centrist, it’s that slow dance to socialism. And you talk about CERB payments – and somebody had mentioned that, when you get more money paid on CERB than you do at home ...” Here, Getson was referring to a comment made earlier in the meeting about AISH recipients not qualifying for CERB payments.

Getson continued to speak about a company called Genics in Acheson that developed a technology that stops wood rot in telephone poles. The company was struggling to find employees.

“These guys are calling me up to lobby to make sure I can still let temporary foreign workers come through because they can’t hire people local. And it’s not for $15 an hour, it’s literally telephone inspectors and to go around and put these rods in and do all those things to protect wood products, all developed here in our own backyard, “Getson said. “They can't hire people and I’m going, ‘well, why not?’ They make more on CERB eating cheezies and watching cartoons, I guess.”

Getson then spoke about a phone call he had with a friend named John in Vernon who was having the same issues as the company in Acheson.

“They have drug addiction issues, so people that were getting $700 now are getting $2,000 a month. We're concerned about the same thing here because now you’ve got the population that has all this extra cash and now their addiction levels are going through the roof. and then what – the funny money runs out.”

CERB was a financial benefit that gave eligible employed and self-employed Canadians who were directly affected by COVID-19 $2,000 dollars a month. Over $79 billion was spent on CERB payments. The program ran for 28 weeks and ended on Sept. 27. The federal government processed 27 million CERB applications from 8.8 million unique applicants, including over 1 million Albertans.

St. Albert NDP MLA Marie Renaud, who is the opposition critic for both Community and Social Services and Francophone issues, doesn’t think Getson’s comments reflect the reality of the CERB situation.

“I think about just St. Albert alone, the number of people that I’ve met over the course of this pandemic that have really struggled. They’ve had to step away from their work because their children weren’t in school or they didn’t have child care or they’ve lost their jobs, their businesses are shutting down and all of these things,” said Renaud. “It’s not been my experience of people I’ve interacted with in St. Albert to believe in any way that they didn’t need that benefit.”

Renaud said she isn’t convinced the comments were taken out of context and said she would also like to see an apology from Getson.

“The comments were what they were ... To make light of people's situations based on some kind of, you know, weird example, weird thought that he has is really unacceptable. I would have liked to see an apology. I'm not surprised we didn’t get one but what a wasted opportunity.”

"The NDP has politicized some remarks I made at a recent town hall by taking them out of context for political gain. The context was that a local business owner had raised concerns about not being able to hire workers despite being able to operate.

Clearly, the vast majority of recipients of government support truly need it. At the same time, some legitimate concerns have been raised about these programs that cannot be ignored.

According to the Canadian Federation of Independent Business, CERB was the number one reason cited by small business owners for their inability to recall workers. And according to Ottawa Inner City Health, CERB is fueling overdoses in Canada’s capital city. You can find more examples below.

These are important issues that deserve our attention as they are happening everywhere. I recently spoke about these issues at a town hall in my community. Unsurprisingly, the NDP is now attacking me instead of focusing on how we keep our people safe.

It is important that we look at the evidence objectively. This will help protect our families and businesses in these difficult times."