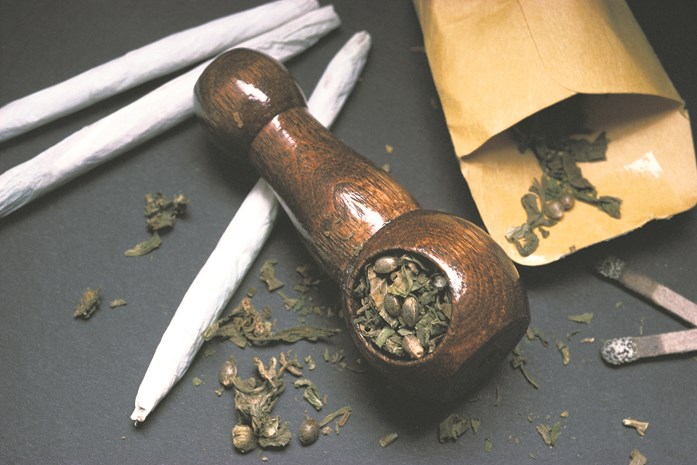 The cost of legalizing marijuana in St. Albert could reach $3.53 million in 2018 with ongoing costs of up to $2.2 million per year.

A report from city staff, which councillors will review Monday, puts one-time and ongoing costs for 2018 at between $1.96 million and $3.53 million, while recurring costs are estimated to fall between $1.6 million and $2.2 million. Those costs could change by up to 50 per cent between now and July 1 depending on the provincial and federal legislation.

The report was written by Paul Edginton, manager of corporate planning for the city of St. Albert.

The majority of costs are expected to be for enforcement, with the city budgeting for up to 10 new RCMP officers and up to five new municipal enforcement officers at a cost of between $1.2 million and $2.5 million.

While some costs will be covered by resources already at the disposal of city departments, additional costs  of approximately $9,300 will be incurred for information sessions and advertising.

Although Mayor Cathy Heron was not available for comment by press time, she told the Gazette in November she was not anticipating large costs to be associated with legalization. At the time, she said she wants the city to receive funding from the province to cover any costs.

"We are not asking to generate a lot. We just want cost recovery," she said at the time.

The city is also expecting an estimated increase in staff hours of 7,385 for 2018.

That includes an expected 2,800 to 5,600 hours for training and planning for 70 enforcement officers.

Those numbers are included in an update from the city's cannabis task force, which city councillors will receive at Monday's governance, priorities and finance committee meeting.

The task force, composed of staff from 10 different city departments, has spent the past several months determining what bylaw and policy changes the city will need to undertake to prepare for cannabis legalization on July 1. The city departments included on the task force include policing, economic development, financial and legislative services.

The update will include an action plan from the task force to prepare the city for legalization, an overview of necessary bylaw changes, a communication plan to educate St. Albertans about cannabis legislation and potential costs associated with legalization.

The four bylaws that will need to be reviewed include the land use bylaw, smoking bylaw, business licensing bylaw and community standards bylaw.

In advance of the city's bylaw review, one advocate is asking councillors to close gaps in provincial legislation governing where and when it can be used.

He suggested the city look at closing those gaps.

"There's potential for one or two to be closed in (provincial) regulations that are coming, but to be honest we're not holding out a lot of hope," he said.

"That's why we're talking to early adopters like St. Albert."