Edmonton to partner with St. Albert on waste-to-energy 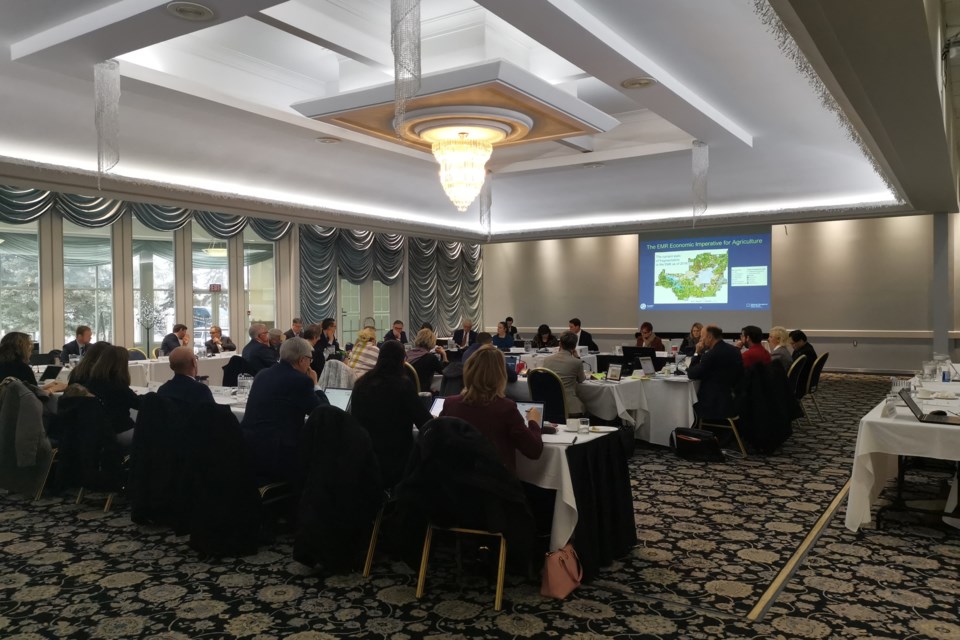 Thursday's meeting of the Edmonton Metropolitan Region Board included an announcement from St. Albert Mayor Cathy Heron that the city had secured a partnership with Edmonton on waste-to-energy.

Heron announced the partnership at an Edmonton Metropolitan Region Board (EMRB) meeting, where she said the scalable gasification pilot will be conducted at the Edmonton Waste Management Centre.

“(Edmonton) Mayor (Don) Iveson, thank you ... they have donated a lot of in-kind already so that’s reduced our $4-million price tag,” she said.

Heron pitched members of the EMRB – which includes members from more than 13 municipalities in the region – to become partners in the pilot, heralding it as an opportunity to help solve some of the solid waste challenges that have emerged in recent years.

St. Albert city council has already approved a maximum of $1 million for the pilot project, with the other 75 per cent of the cost to be secured through public and private partnerships.

Earlier in Thursday's meeting, the ERMB approved a long-anticipated metropolitan region servicing plan (MRSP), which identified solid waste – along with stormwater and emergency services – as an opportunity for finding efficiencies through collaboration.

Iveson said in an interview the servicing plan and St. Albert’s pilot project are “in tandem” and “not at odds,” and the plan runs parallel with ongoing conversations around the MRSP.

“I wish if anything our collaboration on the regional servicing side was moving faster, so we’d be able to bring more partners to the table and testing a number of different technology solutions and scaling things and locating things in a regional way,” Iveson said.

The City of Edmonton is currently looking for interim options to deal with an overflow of organics – much of which is currently ending up in landfill – in advance of the city’s new anaerobic digester facility coming online in the spring.

With Edmonton rolling out organics separation in every household by summer 2021, the facility will be over capacity and the city is currently looking into interim options, Edmonton’s utility committee heard during a Dec. 6 meeting.

“Increasingly we’re seeing municipal solid waste as a regional challenge and regional opportunity, so as we think about how to bring our waste management systems closer together, it’s natural that we would look to support our neighbour St. Albert in the next stage of their strategy,” Iveson said.

Heron said in an interview it was a “natural partnership” with Edmonton, considering St. Albert’s expertise in green bin programs and as Edmonton starts considering organic waste.

When asked what Edmonton’s involvement in the pilot will include, Iveson said a formal partnership is still being worked out.

Heron said she estimates Edmonton’s in-kind donation of land and ready-made shelters at approximately half a million dollars.

Responding to a question during the board meeting, Heron said the pilot will be located in Edmonton because St. Albert does not have the necessary environmental approvals as it does not run its own landfill.

Iveson said the waste management centre is typically used as a lab for partnerships with industry and for research, so it is “not at all a stretch” to use it as an opportunity for regional technology testing.

“We’re grateful to the City of St Albert for reaching out and working with us to enhance our understanding of what’s possible with waste as well,” Iveson said.

Fort Saskatchewan Mayor Gale Katchur said it feels like St. Albert is going outside the regional servicing plan and taking waste management into its own hands.

“This just feels like it’s taking one step outside of what we’re doing as a collective group, to say, 'We’re just going to do it, hope you’ll follow,'” she said. Katchur also asked why St. Albert had not thought to approach its neighbours before municipal councils completed their 2020 budget talks.

The University of Alberta’s engineering department will also be a partner in the waste-to-energy pilot, Heron said during her presentation.