Toyota Prius Hybrid C Auto-Talk June 10, 2015 I'm all for keeping our environment clean including keeping my cars properly tuned and driving (most of the time) at reasonable speeds for the best fuel consumption.
0
Jun 9, 2015 12:00 AM By: Garry Melnyk 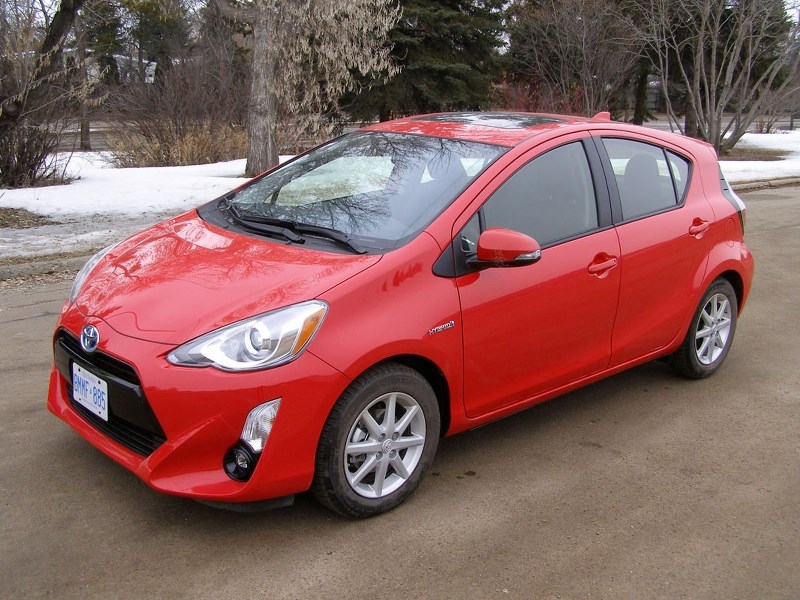 PRIUS C – This entry-level hybrid may be reliable and efficient

I'm all for keeping our environment clean including keeping my cars properly tuned and driving (most of the time) at reasonable speeds for the best fuel consumption. I also applaud companies like Toyota that have made great strides in fuel efficient, environmentally friendly automobiles.

The Prius has been the poster child for hybrid vehicles in this century. The Prius C, a supposedly entry-level hybrid is a disappointment to me. It looks awkward, although I’m sure there are those who think otherwise or don’t care because they simply want a fuel efficient, reliable appliance for transportation, which the Prius C probably is. But good grief if you’re advertising the Prius C to be “fun,” Toyota, you could have put more effort into making it so. Can't it be a little more inviting inside, a little nicer riding?

Ouch! What kind of suspension did Toyota put in this car? What’s with the buckboard wagon ride? I think engineers cut costs to keep weight down and the tires don’t help as they’re designed only for minimal rolling resistance. Hit some potholes or pavement heaves and you'll feel every one the tires encounter as the stiff suspension can be at times jarring. This in turn also gave me an impression of how tight body construction is. I never heard any squeaks or rattles whenever the suspension system ka-thunked underneath my feet. As a city car it’s very manoeuvrable and easy to park, not to be tossed around like a hot hatch. After all, this is not a sporty car.

Inside, the plain interior design even drew a negative comment from my wife who has driven or been a passenger in many a test vehicle over the years. I think Toyota could have cut costs elsewhere. This is no way to present an Eco friendly car. As for being functional, I had a little trouble adapting to the near central placement of vital instruments on top of the instrument panel. Reading them in daylight or at night was fine.

My Prius C had the Technology package, which has extras like satellite radio and a more upscale “SofTex” interior trim, a synthetic leather upholstery. The design and finish of the supposedly more premium interior with black plastic and vinyl is just not good given the price of this car. I didn't sit in the seats so much as sat on them like a padded park bench. This will literally be a sore point with those people who have to spend a few hours driving a long distance in the Prius C.

On the plus side, you do get a substantial amount of cargo capacity when folding down the rear seat. With 484 litres of space, Toyota says it will accommodate four golf bags or the same number of snowboards.

The Prius Hybrid C is powered by a 1.5-litre, four-cylinder engine and powerful electric motor putting out a combined 99 net horsepower. That’s not much by today’s standards but performance is acceptable. A CVT transmission drives the front wheels. Fuel consumption as you would expect is very good; 4.5 L/100km in normal urban driving, 4.8 in combined urban/highway.

There are also two additional driving options – ECO and EV – to help get the most out of every litre of fuel. ECO-mode reduces consumption by controlling climate control and throttle to improve vehicle efficiency. EV-mode enables the Prius C to be driven by electric power for up to a kilometre when travelling below 40 km/h.

I like small cars for zipping around the city and the occasional trip in the country, but this is not my kind of car. Based on the Yaris platform, I expected a lot better for a $26,000 plus hybrid. I say buy a Yaris instead of the Prius C which Toyota on its web site describes “fun to drive.” Fun perhaps for some, but not me.