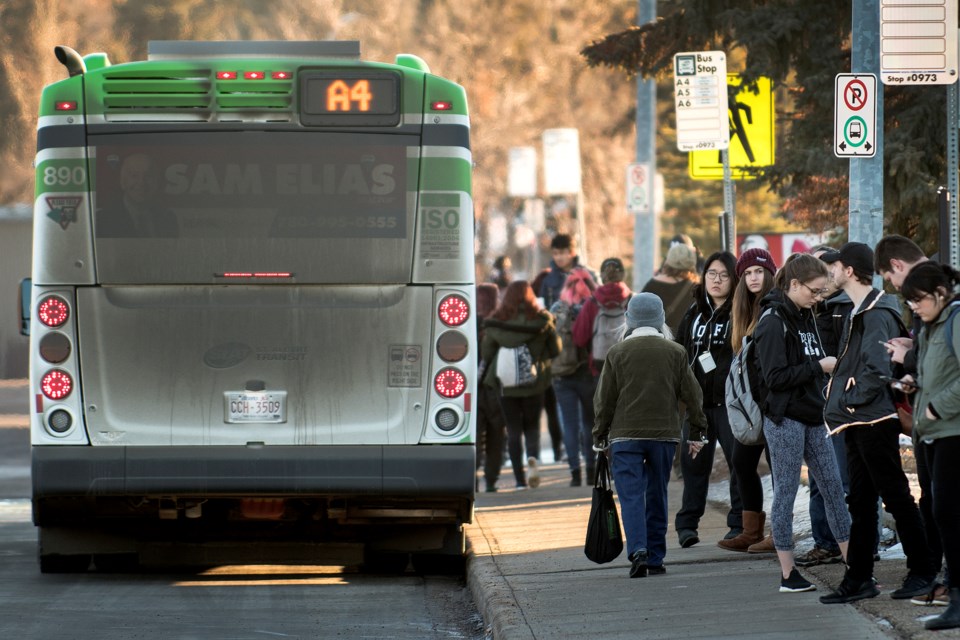 If you're a student in St. Albert, don't worry about scrounging up change – St. Albert city council voted unanimously to permanently offer free transit for young people in the city on Nov. 16.

The pilot program, which launched last March, allows youth under 12 and students between the ages of 13 to 18 to ride transit for free. Students use tickets given by their school administration to ride, while all primary school-aged children can get on without a ticket.

The pilot was originally set to expire on Dec. 31, but administration recommended to make the pilot permanent after noticing an increase in ridership. Anthony Lake, director of public works and transit, said the initiative also encourages people to make riding the bus a habit from a young age.

Coun. Sheena Hughes called the recommendation to make the pilot permanent a "tremendous" way to make a difference in the lives of young people who rely on public transit to get around. Youth from low-income families who could not afford school bus passes were especially grateful, she said.

"This has impacted people's lives, and it has changed people's ability to take control of their futures because of the vulnerable group we're talking about here," she said. "This is a way to actually continue to make sure we make a difference to the people who need it the most."

Coun. Jacquie Hansen said she had reached out to the local school boards to see if the program would impact their school bus revenues. Hansen read an email sent by St. Albert Public Schools noting their support of the city's students ride free initiative, calling the program "fabulous" and noting its popularity with high school students.

Considering ridership will be free for youth next year, $4,200 was taken out of 2021 revenues reflecting projected ridership.