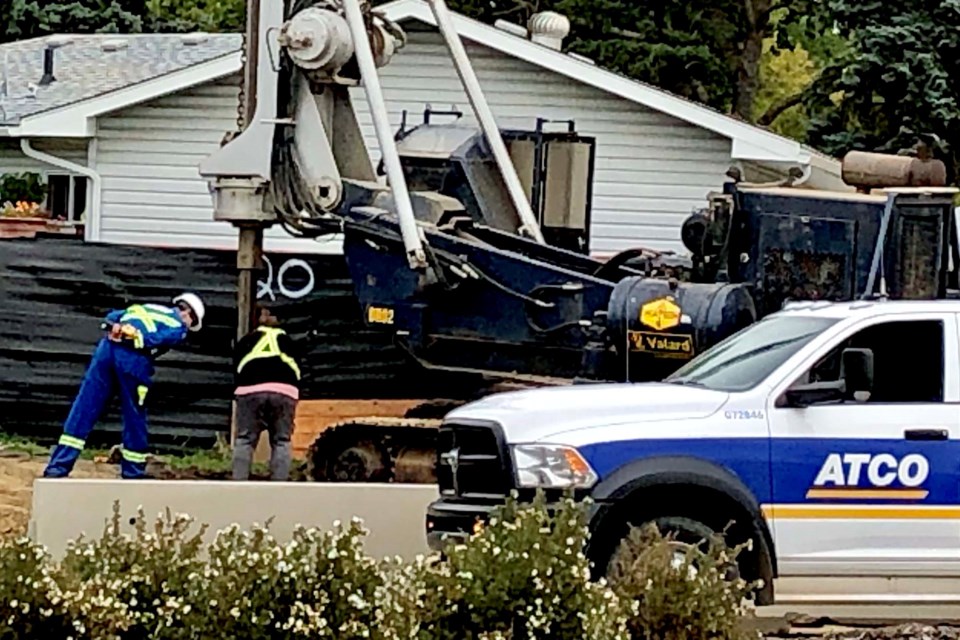 Personnel from ATCO Gas investigate the scene where a drill may have punctured a gas line on the construction site for the sound barrier wall along St. Albert Trail at about Gate Avenue on Tuesday, Aug. 27, 2019. DAN RIEDLHUBER/St. Albert Gazette

Approximately 750 homes are without gas, after construction workers hit a gas line while working on installing pile foundations for the new barrier wall along St. Albert Trail.

Contractors responsible for the project have also been ordered to cease work on the project.

St. Albert Fire Services are currently on site alongside ATCO Gas. Gas valves in the area have been shut off while repair work takes place. Cashen said ATCO Gas services should be restored by 10 p.m.

Construction on the barrier wall is on its second phase this summer, replacing the southern wall section from Hebert Road to Sterling Street.

Cashen said the city has issued Wilco a stop work order while St. Albert determines how to move forward on the work.

“This will pause the project until all safety issues are remedied,” she said.

“The City sincerely apologizes for any inconvenience this incident may have caused,” Cashen wrote.