'Good journalism does not happen for free': Sen. Paula Simons 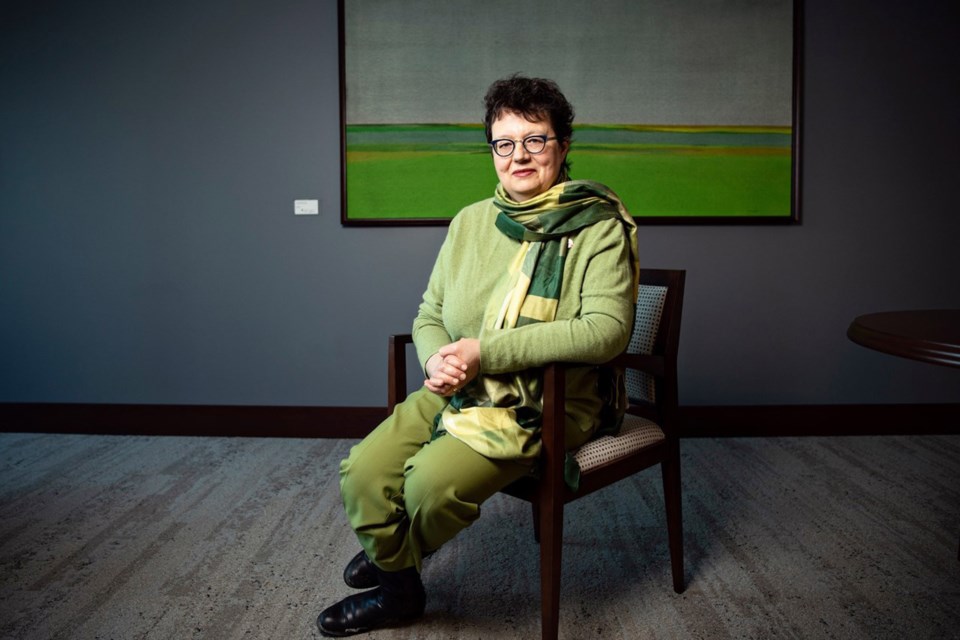 Just as Cassandra received the gift of prophecy from Apollo but was cursed with others’ disbelief, so too are news media often fruitlessly “yelling from the rooftops.”

Retired Edmonton Journal columnist and Canadian Senator Paula Simons told the Gazette in an interview Friday morning journalists have a “Cassandra complex” – referencing Homer’s Iliad – at the best of times, but especially so during the COVID-19 pandemic.

“I want people to be mad later that they think we overreacted. Let them blame us for that,” Simons said.

“Better that we should be pilloried for overreacting, because if we overreact now, we will keep the death numbers down,” she said. “That's the ideal outcome is for people to be all pissed off that we locked down for nothing.”

Simons was appointed to the Canadian Senate to represent Alberta in October 2018, and before that she was a National Newspaper Award-winning (twice) journalist at the Edmonton Journal.

Society “desperately” needs good journalism in the midst of an unprecedented crisis like COVID-19, Simons said. They offer critical services in breaking news, elevating the latest health guidelines and putting a human face to the very real struggles Canadians are facing.

Yet it is a “tragedy” the pandemic hit at an age when people consume their news media from a huge array of sources. Newspaper readership has significantly dropped, and instead consumers get their daily briefing from Aunt Sarah on Facebook or memes from their friends on Twitter.

When Simons was a kid, everyone watched the 6 o’clock news and was on the same page about world events. It will be vital in the future to realize people consume media differently now, and to rebuild that shared frame of reference, she said.

The role of news media in the thick of the COVID-19 pandemic has not shifted, but has in fact been accelerated, Simons said. Now more than ever, journalists have a huge responsibility to convey information accurately and without bias or prejudice.

That means in journalists' pursuit of being fair and balanced, it is important not to become blinded to their “true purpose.” Inviting a homeopath claiming a cure for COVID-19 onto live television in an attempt to provide balance is a no-go, Simons noted.

“The bigger the megaphone you have, the greater your responsibility to use it well."

So far, Alberta journalists in particular have done an “really good job” of covering breaking news and putting a human face to outbreaks in long-term care homes in Calgary, she said.

While hesitant to deliver a media critique of her former colleagues, Simons said one weakness in Canadian media is “hindsight is 20/20.” Journalists did a disservice when outbreaks were just beginning globally to suggest COVID-19 is nothing more than a “bad cold.”

Simons recognized newsrooms today have far less resources than ones she worked in 20 years ago, when teams of reporters would have been tasked with in-depth investigative pieces on the pandemic.

“It's really tough to say you should be surfing when you're on the beach getting pounded by each wave coming in. And you know, and I'm asking you to get up on a surfboard and you're just trying to not drown,” Simons said.

What she thinks has been missing from news media is an increased focus on what the pandemic means for marginalized populations.

That includes people who are unsafe in their own homes but being told not to leave, or others who do not even have a home to isolate in.

There has also been a lack of coverage of communities outside Calgary and Edmonton, and Simons said she wonders what will happen in municipalities like Cold Lake that are at the end of supply lines.

While people have been incorrectly predicting the demise of print media for the past 15 years, Simons fears COVID-19 may “finally be the death knell of print newspaper.”

Some publications are hitting the off switch on their printing press, or slowing production. On Friday, the Canadian Jewish News announced it would be closing its doors.

While the St. Albert Gazette remains committed to its readers, the paper has cut its print version down from twice-weekly to once a week, suspending its Saturday edition for the time being.

On March 26, the federal government announced it would funnel $30 million into an advertising campaign about COVID-19, to “breathe new life into our media.”

"Shake up" to industry

Part of the problem with newspapers is they have remained committed to a “dysfunctional” business model for a long time, and the pandemic may be a “shake-up” to that realization.

Government subsidies to keep news media afloat are a failed model, Simons said. Last fall, the Trudeau government announced a major $600 million media bailout, and an independent panel would determine which organizations are legitimate and eligible for the cash.

After 30 years as a skeptical journalist, Simons said she is “allergic” to the idea of government deciding which publications are legitimate.

“That is not a promising model for the future of journalism in a democratic society,” she said.

Just as a forest fire clears the way for new, vibrant growth, Simons said COVID-19 will be a time of reckoning for the journalism industry once the storm passes. But the trouble with that kind of destruction is it “leaves a lot of shattered lives in its wake.”

One massive detriment to the news media organization has been the birth of social media platforms, such as Facebook and Google, which Simons noted are “cannibalizing” the news media industry. They eat up valuable advertising revenue that pay journalists salaries, while circulating high-quality journalism at no cost.

Despite being a self-described zealot for free speech, Simons said the federal government will have to take some “long hard looks” at regulating and taxing businesses not based in Canada, including media and transport companies.

While she does not claim to be a Cassandra, Simons said she would love a post-pandemic world in which people wake up and say, “journalism was what got us through this crisis, and now I will pay it forward.”

Recognizing many are in dire financial straits, Simons said for those who have the luxury of putting their money where their mouths are, the time is now to subscribe to news media.