A 4.5 star hotel is coming to a neighbourhood near you. Shovels broke the ground of the Chalton Hotel site on Saturday, symbolizing the start of construction on the building.
Jun 19, 2018 12:07 AM By: Dayla Lahring 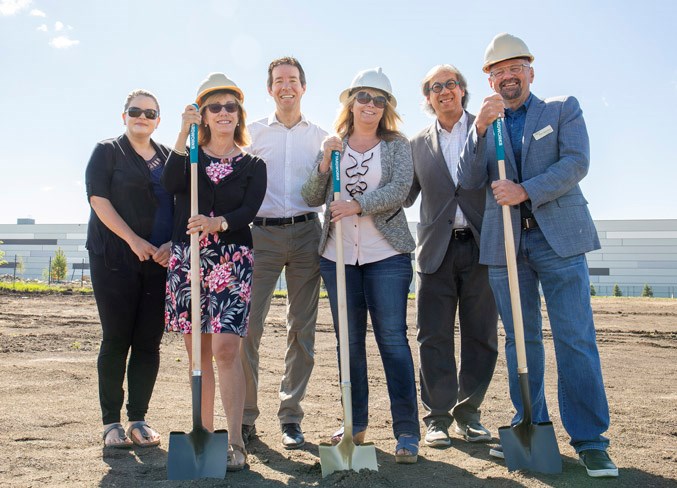 A 4.5 star hotel is coming to a neighbourhood near you. Shovels broke the ground of the Chalton Hotel site on Saturday, symbolizing the start of construction on the building.

The seven-storey hotel comes with 141 suites, a large convention room and two breakout rooms on a second floor. The total seating capacity for the two levels will be 420 people.

Other amenities include a pool, an exercise room and a restaurant at the hotel to be located in Campbell Business Park near the Century Casino.

The Chalton will be a state-of-the-art hotel, doing away with conventional concierge desks and flimsy occupied signs keeping housekeeping out of rooms.

Instead, a guest will check in using a kiosk in the lobby. The kiosk will display how many nights the guest will be staying for and what their preferences are for food, without the guest having to input it into the small machine.

“You can register all those things on your phone,” said developer of the Chalton, Dave Dyrbye of Kota Construction.

For those a little more traditional, there will still be a check-in clerk ready to welcome newcomers in the building.

Once settled into the room, housekeeping will know to stay away by the cellular device in the guest’s pocket. Each room will have technology, much like a GPS, that tracks the guests phone. It’ll display a blacklight on the outside of the room, alerting housekeeping that the room is occupied.

But for those worried about what that means for privacy, architect of the building James Der assures that no video or sound can be recorded. The only thing being picked up will be whether the guest is in the room or not.

With all the weddings, conventions, meetings and events, St. Albert was in desperate need of a new hotel, Mayor Cathy Heron stated.

“This will be fantastic.”

“I have nowhere I can host my regional colleagues in a room of maybe 150 people with tables and speakers and AV equipment etcetera. So that’s huge,” she said.

Hotels have been a recognized need in St. Albert, according to one study completed by the city’s economic development department back in 2014. Currently, the only space available for large-scale meetings are at the St. Albert Inn and Hole’s Greenhouse.

This is the first of two Chaltons in St. Albert, with a second hotel site potentially being built near Ray Gibbon Drive in the Lakeview Business District.

The one going up in Campbell Business Park is made of concrete and steel. The outside and interior esthetics were designed to create a modern feel.

“Traditional hotels have little boxed out windows, that’s the last look we wanted,” he explained. “We wanted it to look very elegant, so you see big glass windows. So somebody in the suite will have a tremendous amount of light, the windows are from floor to ceiling and from wall to wall.”

The Chalton is expected to be completed in 2019.