It’s tempting to use the phrase “renaissance man” to describe the artist whose works are now showing at Art Beat. That would only be half correct, though. Renaissance works but Bev Bunker is no man. The St.
0
May 20, 2009 12:00 AM By: Scott Hayes 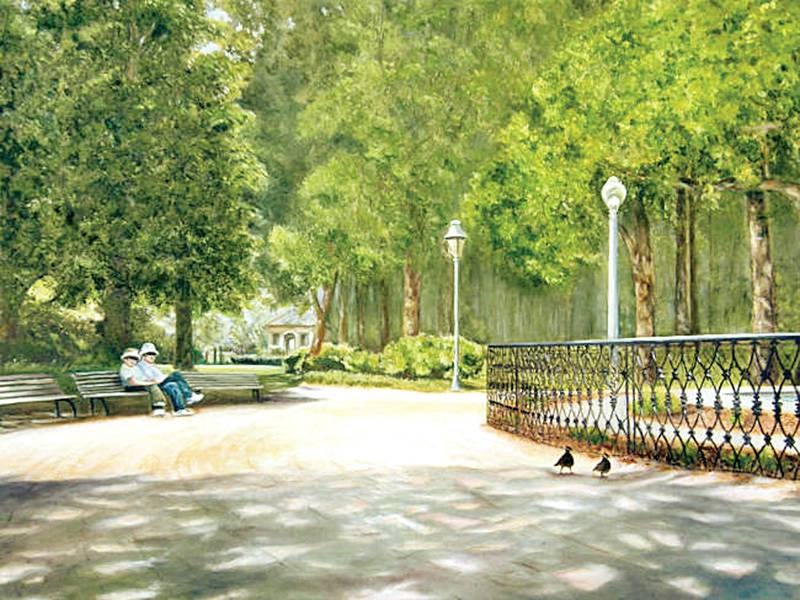 It’s tempting to use the phrase “renaissance man” to describe the artist whose works are now showing at Art Beat. That would only be half correct, though.

Renaissance works but Bev Bunker is no man.

The St. Albert-based painter is a multi-talented artist who has worked professionally in various and diverse media for a long time. When asked about her creative background, her answer was all business.

“Painting and doing art are two different things for me,” she started. “I have been doing art … things within the art field for as long as I can remember.”

In fact, she is so proficient and accomplished that she should win an award. Bunker could even design it herself. She has also worked in hand-lettered calligraphy and specialized gold leaf detail.

But that was another life, she says. The real interest is not just the outcome but the exacting process as well.

“The kind of stuff I like to do a lot of illustrative work and a lot of very fine detailed work, a lot of repetitive pattern.”

Apparently she can transfer her laser-like artistic focus to her current oeuvre of oil paintings. She has developed an exhibit of large canvas pictures showing people in everyday life and evocative landscapes. That sounds like it could be any other show until you take a closer look. These are paintings that you will want to jump into, although there are some unexpected sights.

Take Homecoming, for example, which shows a look down the alley path of a European-style town somewhere. It’s a quaint scene if you’re only looking at the houses. There’s a man about to walk in one door. With one finger held up to his lips, it seems as if he’s telling you to keep his secret.

Maybe the secret is that he isn’t European. He’s an American wearing jeans and has a bit of a beer belly sticking out over his belt. Still, I can’t help but want to be sitting on the bench in the background and eat a strudel.

Then there’s The Watchers, just about as green a park scene as ever there was. Two people in hats sit on a bench near a fountain. Neither the people nor the two birds on the pavement are as interesting as the trees. Lush, layered green leaves of various shades make it look like this detail-oriented artist spent hours and hours carefully touching them up individually.

Not so, she confessed.

“I didn’t even paint every individual leaf. I devised a little contraption!” she laughed. “I took a shortcut. I am not a tree painter! In a really short period of time you can have a lot of leaves in a lot of trees.”

This method, she explained further, does the job a little imperfectly but saves the artist’s sanity. She could have painted it leaf by leaf.