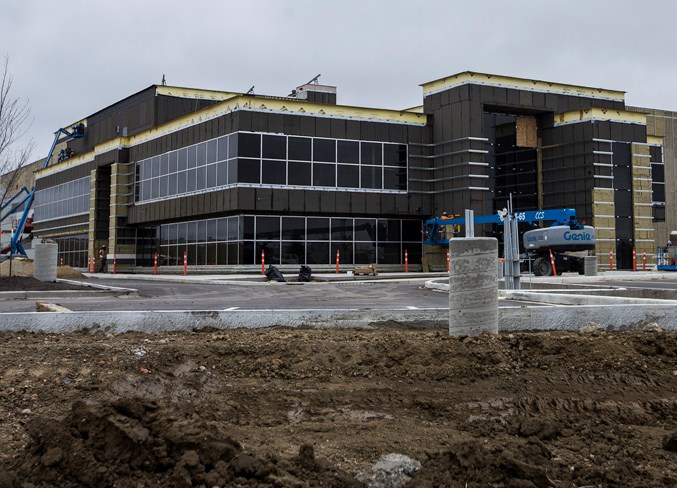 The Alberta Liquor, Gaming and Cannabis Commission, which has a building in St. Albert, is reviewing its charitable gaming rules.

Some local non-profits are happy to see the provincial gaming regulator reviewing rules for charitable gaming.

This year, the Alberta Gaming, Liquor and Cannabis Commission (AGLC) will be reviewing its rules for charity casino nights, thanks to a push from St. Albert city council.

“The gaming model that is in place right now has been around since 2003, and hasn't changed at all,” Hansen said.

Right now, St. Albert charities are not allowed to use Edmonton casinos, which creates two big problems, Hansen said. First, the St. Albert casino is smaller and generates fewer funds than an Edmonton casino. Secondly, the wait times are much longer in St. Albert, because there is only one casino servicing one large region.

“The problem is, we get a casino once every two and a half years or so, and the funds have greatly curtailed with the current model that is in place,” Becigneul said, adding he has seen the amount of dollars CIVC receives from casinos decline.

“The wait time is now over 2.5 years between casinos and continues to climb as more groups are added."

Casino nights are vitally important to charities across the province, but right now the system is not treating charities or sports teams equally, he said.

Walter Carroll, president of the LoSeCa foundation, said casino nights are "huge" and a "shot in the arm" for their programming, but there is a huge discrepancy between the funds they can raise in St. Albert versus other areas across the province.

Groups in St. Albert are having to wait 31 months for a casino night fundraising opportunity, while in Edmonton, charities and sports teams are waiting closer to 22 months.

Hansen said the problem is province-wide and not just a local St. Albert issue. Charitable gaming is lumped together in regions, with different regions having different wait times and fundraising potential.

“It isn't just about St. Albert, it's about the whole region. And I don't think that we have a problem sharing our region and having people come in from other areas to use the casino – it's just that because we have a such a large region, the wait time to get in for another casino is a long time and the funds obviously are quite a bit less,” Hansen said.

The councillor said with the province in an economic downturn right now and non-profits and charities seeing their funds shrinking, it is more important than ever for them to have access to more frequent fundraising opportunities.

The AGLC began their review of charitable gaming this month and will consult with stakeholder groups throughout the year.