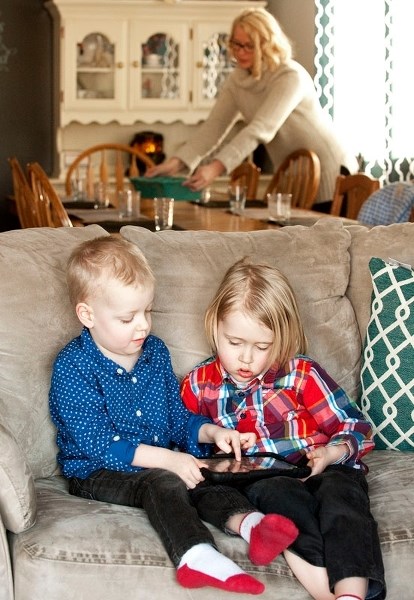 About 500 parents and teachers are expected to go to a sold-out talk this March 2 at the Edmonton Fantasyland Hotel by Harvard Medical School professor and paediatrician Michael Rich. The talk is part of a conference organized by Edmonton's Early Childhood Development Support Services.

Known to many as "The Mediatrician," Rich specializes in the effects of digital technology on youths and is one of the lead investigators in the Growing Up Digital Alberta project – an ongoing study on youth and digital media by the University of Alberta, Alberta Teachers' Association and the Centre on Media and Child Health.

Rich said his talk would focus on trauma and resilience in youth, and how digital technology may be eroding our sense of community.

While Twitter and Snapchat let kids connect with others, researchers are concerned that these connections aren't as effective as actually talking to someone, Rich said.

"With increased connectivity, we have decreased our actual connectiveness with each other," he said.

"What we're losing is the ability to be present with and attentive to each other."

Growing Up Digital started in late 2015 with survey of about 2,200 Alberta teachers and principals about concerns they had about student digital device use, said St. Albert Public School educational technology co-ordinator Scott Gibson Dodd, who was familiar with the project. While 71 per cent of respondents believed technology could enhance student learning, 67 per cent also thought it was a growing distraction for students.

"Technology is Janus-faced (two-faced)," he said.

The survey found that teachers and principals had seen a significant increase in the number of students coming to class tired now compared to three to five years ago.

This could be due to texting at night, said Jason Daniels, a University of Alberta researcher and co-investigator with Growing Up Digital. Exposure to blue light at night (such as from a computer screen) reduces melatonin levels in the brain, making it more difficult to fall asleep. If kids sleep with their phones, they may feel obliged to answer messages at all hours, which means lower quality sleep.

Digital devices may distract parents from parenting, Rich said. One study found that about 73 per cent of parents used a mobile device at the dinner table, resulting in a 20 per cent drop in verbal and 39 per cent drop in non-verbal interactions with kids.

Having a sit-down meal with the kids is one of the most important acts parents can do to ensure a child's nutritional and social development needs are met, Rich said.

"Those positive effects completely disappear when someone is distracted by a screen."

About 62 per cent of respondents in the Growing Up Digital study found that today's students were less able to bounce back from trauma than those five years ago. Some 85 per cent had seen a rise in anxiety disorders, with 44 per cent seeing a drop in student empathy.

Digital media isn't going away, so we have to find better ways to use it, Rich said.

"One of the best ways to do that is to use media with the kids," he said.

By having your kids teach you to use new technologies, you show them respect, making them more likely to trust you and share their concerns and ideas.

"It's really a matter of opening up a dialogue," he said, one where parents can introduce kids to concepts like impulse control and time-management.

Daniels said Growing Up Digital plans to launch a second survey later this month, this one focused on Alberta parents. Once that's done, they'll start a multi-year study where thousands of youth will track their social media use and answer health questions on a regular basis through an app.

The talk starts at 7 p.m. Visit ecdss.ca for details.