Former Morinville mayor Lisa Holmes said these changes could encourage wealthy donors to create partisan slates of candidates – you could donate $10,000 to your own campaign and $5,000 to six like-minded buddies.
Jun 26, 2020 7:00 AM By: Kevin Ma 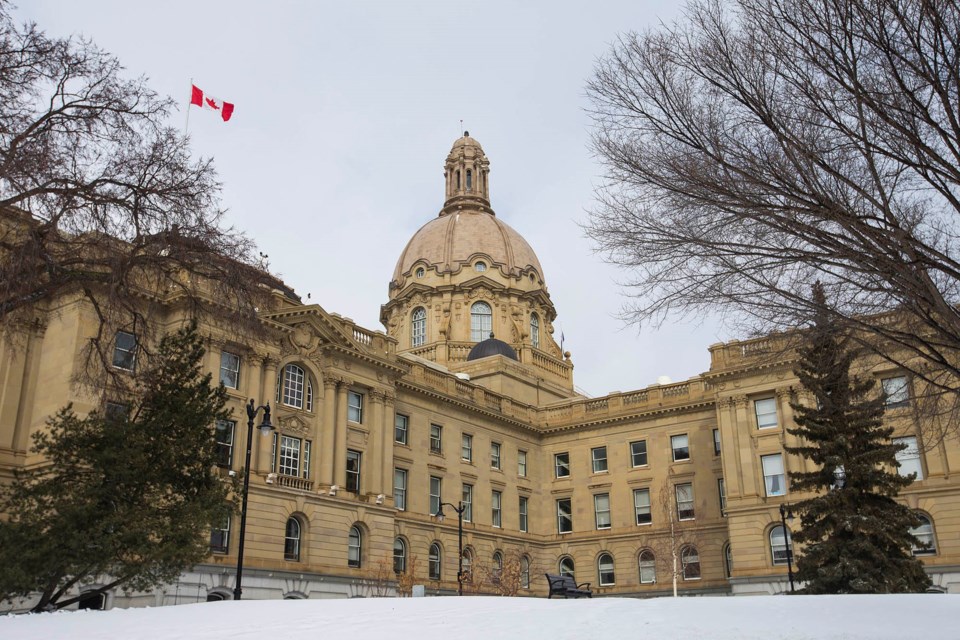 If passed, the bill would change Alberta’s rules on campaign donations during municipal and school trustee elections.

Right now, Albertans have a hard cap of $4,000 when it comes to donations during an election – you can support 10 candidates, for instance, but you can only give each $400, even if one of those candidates is yourself.

Bill 29 would let you donate up to $5,000 to as many candidates as you could afford, plus $10,000 to your own campaign, and would eliminate the requirement for candidates to disclose who’s backed your campaign before Election Day. (You would still have to list your donors after the election.) Individual municipalities could pass their own bylaws requiring pre-election disclosure, however.

Madu said these changes would “level the playing field” between newcomers and incumbents, the latter of which often had an advantage, resulting in more candidates and higher voter turnout.

“Absolutely not,” said Morinville Mayor Barry Turner, when asked if these changes would level the playing field for new candidates.

“The changes are really opening the door to allowing big money or those with a lot of financial resources to further influence outcomes.”

Former Morinville mayor Lisa Holmes said these changes could encourage wealthy donors to create partisan slates of candidates – you could donate $10,000 to your own campaign and $5,000 to six like-minded buddies.

Slates and partisanship have no place in municipal politics, Turner said.

“What we need at the municipal level is local elected officials working together and not split by any grouping or identity.”

These changes won’t level the playing field, said University of Calgary political scientist Lisa Young. Instead, they would benefit a small number of rich people, such as property developers who want to back pro-development candidates.

“Characterizing this as something that reduces incumbent advantage broadly is probably inaccurate.”

While fundraising was a challenge when she ran for office, St. Albert Coun. Natalie Joly said the current cap on donations actually helped new or young candidates who often don’t have the same resources as incumbents.

Holmes said the main obstacles for newcomers running for office were wages, time commitment, and lack of parental leave, none of which this bill addressed. An incumbent’s main advantage was the publicity they received from being in office, and she questioned if spending more money could make a dent in that.

When asked why the bill removed the ability for communities to force candidates to disclose their donors prior to an election, Madu said this was to let candidates focus on campaigning.

“It’s not terribly onerous to release a list of who’s giving you money,” she said, and that’s relevant information for voters.

The bill also changes how people can vouch for other voters.

Right now, anyone who can prove their right to vote in an election (e.g. by being on the list of electors) can vouch for the identity of someone else so they can vote.

The bill would restrict a person to vouching for one person or one group living in the same residence. A background document provided to the media said this change was meant to “increase voter accountability.”

While voting should be restricted to residents, Turner said he has yet to hear of anyone abusing the vouching system.

“We want to make it easier for folks to vote and participate,” he said, and if someone can vouch for you, you should be able to vote.

Young said the best way for the province to level the playing field in an election is to keep the current caps on donations so that candidates couldn’t win by outspending each other.