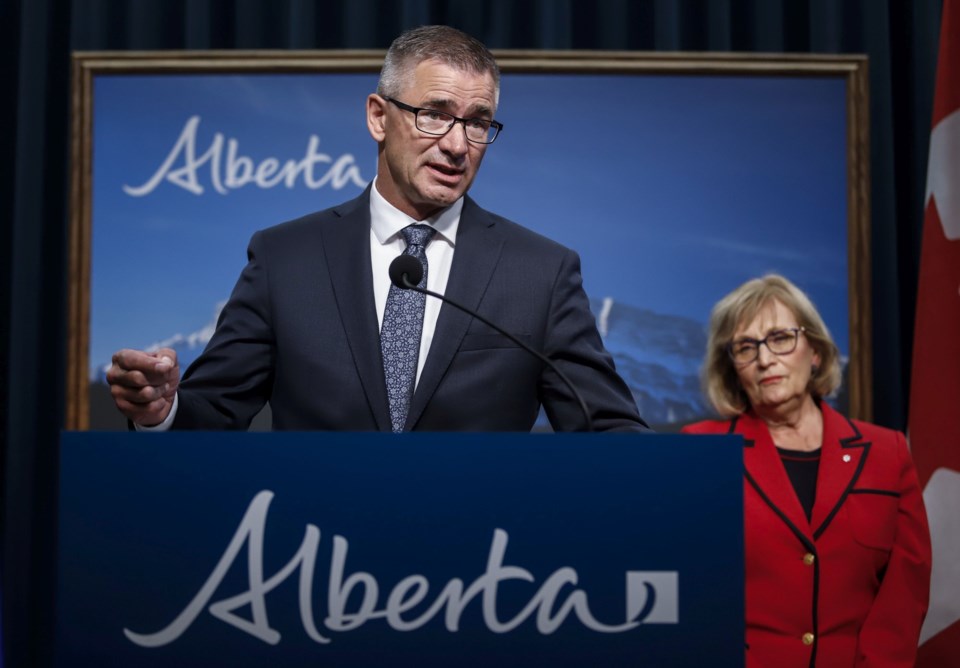 The province's latest budget promises a new job-training program to encourage employers to hire people out of work, while creating thousands of jobs from infrastructure investments as Alberta tries to position itself for recovery from the COVID-19 pandemic.

Minister of Finance Travis Toews gave a presentation on the 2021-22 provincial budget to the Edmonton Chamber of Commerce on Feb. 26. Toews spoke to business and municipal leaders to outline how the government plans to address the ongoing pandemic, the path to economic recovery and investment attraction.

The government plans to invest $20.7 billion to build new roads, schools and hospitals over the next three years – an increase of $1.7 billion from last year’s budget – which is expected to create 50,000 direct jobs and 40,000 indirect jobs, according to the province.

“At the same time, I believe we're going to get some infrastructure built for 70 and 80 cents on the dollar, because there's slack in our economy right now,” Toews said. “So, we're putting tens of thousands of Albertans to work when they really need a job. At the same time, we're providing great value to Albertans."

To help the province get there, the UCP government has set aside $136 million for the New Jobs Now program over the next three years to help employers train and hire people looking to upgrade their skills or find work. Details will come on that in the future, Toews said.

“This is a program that will look to encourage on-the-job training, it will assist employers in hiring folks who require training,” he said. “That’s going to be important in our economic recovery, and we're looking forward to rolling out the details.”

Janet Riopel, Edmonton Chamber of Commerce president and CEO, welcomed news of the province’s investment into job creation and training, and a $500-million contingency fund for future economic recovery initiatives.

“We all appreciate that we cannot achieve economic recovery without jobs,” Riopel said.

However, Riopel said the chamber was disappointed there wasn’t a “stronger focus” on social infrastructure funding to help people find sustainable housing.

“The need for permanent supportive housing is a huge and growing problem. It requires the focused collaboration of all three levels of government in order to ensure that we benefit from a fully inclusive recovery.”

The price of oil saw a sharp increase in the last few weeks, with West Texas Intermediate (WTI) reporting crude prices at $55 a barrel – but the province isn’t looking through rose-coloured glasses when it comes to the market’s sustainability over time.

“I think they're right economic assumptions (for) us at a time of great uncertainty and continued volatility in markets,” Toews said.

Recognizing this, part of the province’s economic recovery plan was to identify sectors where Alberta has a competitive advantage. The province will invest $1.5 billion over four years for key economic sectors to build and diversify Alberta’s economy and create jobs.

“We really believe that we can be competitive in other sectors and I am confident that over the next few years, we can see additional economic diversification take place in the province of Alberta.”

Man faces charges for ramming car off highway at high speed in Sturgeon County
Apr 10, 2021 11:00 AM