Saboteur has a dynamite personality 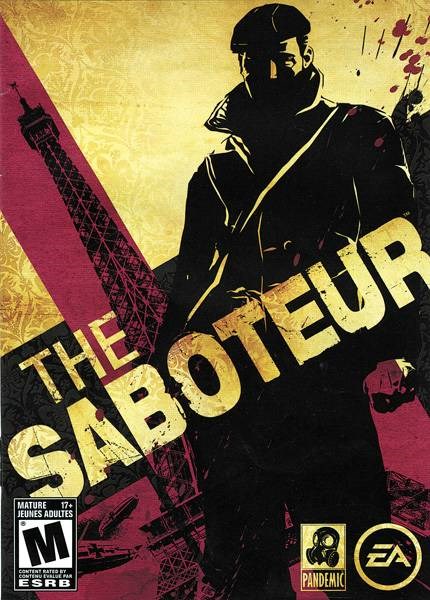 The charm of The Saboteur comes from it being set in France in 1940, on the heels of Germany’s invasion. Given its dynamic balance of explosive, fast-paced action and history-stretching narrative, it’s sad to think it will not be enough to usurp the likes of Modern Warfare 2 and Uncharted 2 this holiday season.

The game has many unique elements in its favour, starting with the game’s Irish protagonist, Sean Devlin, whose game-long vendetta is certainly a noble one. When a car race gone wrong leads his closest friend to be tortured and murdered by a Nazi officer, Devlin’s retaliation and fiery personality attract the attention of the French resistance.

Part partisan and part puppet, Sean’s sabotage missions lead him through the streets of Paris and across the open French countryside, leaving the remnants of his “dynamite” personality smouldering in his wake. Ultimately his quest for vengeance is fulfilled, the Nazis stumble in their foothold on France and the hope of the French people is restored. As predictable as the story is, I found it inviting thanks to the realism added by the historical backdrop and human plight.

Stylistically, The Saboteur does something I’ve never seen before. Much of the game at first appears in black and white. But as your actions thwart Nazi efforts and rekindle the hope of the French people, areas turn to full-colour. This visual symbolism was a subtle, unique facet of the game’s presentation that impressed me at first, but the toneless night made things frustrating at times when climbing buildings or navigating roads at high speeds.

The rest of the game’s presentation is superb. From the ground up, Paris is rendered in stunning detail and the outlying areas are a pleasure to drive. Combined with the realism in the character’s expressions, this helps makes the world of The Saboteur feel much more organic than most other open-world, mission-based games.

As its title promises, The Saboteur is an exercise in subversive destruction and the game makes this element exciting and enticing. On top of the missions teeming with explosive action, there are hundreds of optional sabotage points sprinkled throughout the massive city and surrounding landscape. Destroying the Nazi’s tools of military control and propaganda will generate cash you can spend on weapons.

I found these targets tantalizingly fun. While driving on my way to many a mission, I couldn't help but pull over, attach some dynamite to a fuel station and speed away before the alarms sounded. Even more fun was taking control of an antiaircraft gun and turning everything from ground forces, sniper towers and even Zeppelins to cannon fodder. Who can resist that?

Unfortunately, finer details often disrupt the continuity of the thriving, history-rich world. First off, the amount of rounds Sean can withstand is beyond ridiculous. There is also a frustrating overabundance of load screens. And a personal frustration came when my car’s radio played a sultry rendition of Leonard Cohen’s Dance Me to the End of Love, released more than 40 years after the game is supposedly set.

But the gravest oversight of all? No shortcut to your map. The game spans an immense area so a three-button process to get to your map is clumsy and difficult. There should have been a shortcut, plain and simple.

Idle fallacies aside, The Saboteur, with its combination of enticing storyline, rich characters and endlessly charming gameplay entities provides a stronger sense of purpose and more over-the-top fun than most other games I’ve played. I highly recommend it as it might just turn out to be your own personal blarney stone.