Sexual assaults have increased during the pandemic, a result of the combination of people being physically isolated with their abusive partners combined with not having the same freedom to call in to the police or other agencies for help. As things started to open up again, those calls started to come in and they haven't stopped.
Sep 16, 2020 5:45 PM By: Scott Hayes 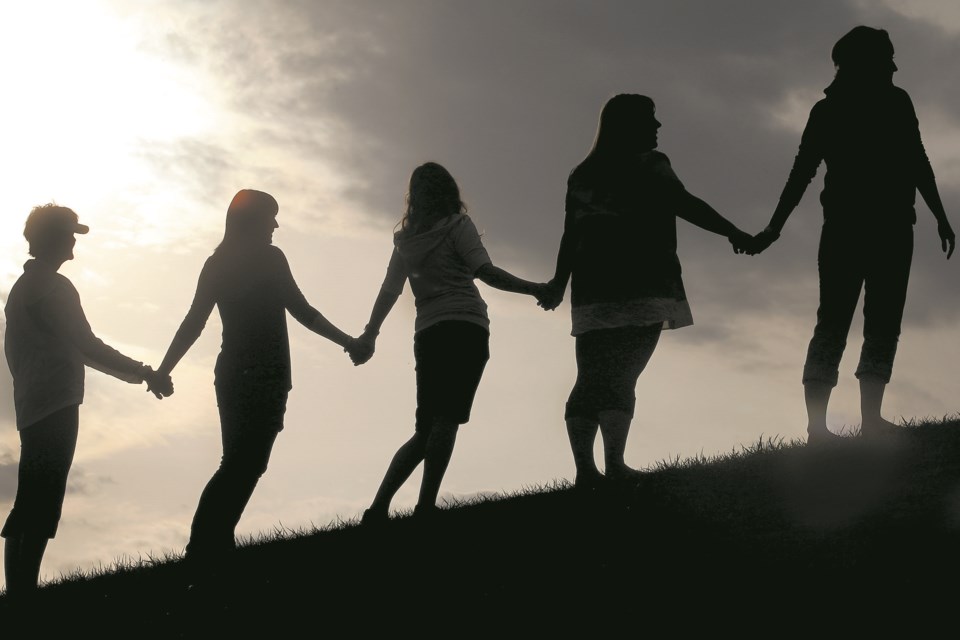 Zebra Centre (not a reporting agency): general information and inquiries at 780-421-2385 or zebracentre.ca

It’s horrible, and it happens. Moreover, it’s happening more and more due to the pandemic.

Sexual assaults are being reported more frequently this year than in past years.

“Because we deal with domestic violence and abuse, sexual violence falls into that, and we will see (that). Often, as much as people hate to think of it, sexual assault often happens within intimate partner relationships,” advised Areni Kelleppan, executive director at St. Albert Stop Abuse in Families (SAIF).

“So far in 2020, there has been a 24-per-cent increase in the total number of files related to domestic violence compared to this period last year of Jan. 1 to Aug. 31,” explained RCMP Const. Patrick Lambert, police investigator and domestic violence co-ordinator.

In those eight months this year, there are 230 occurrences that are active (meaning matters that were not deemed unfounded, or those are matters that were not unsubstantiated, he clarified), with 95 of those files resulted in charges being laid or recommended to be laid, which is equivalent to approximately 40 per cent.

The Sexual Assault Centre of Edmonton (SACE) saw an average 44-per-cent increase in calls to its crisis lines from March 19 to the end of July. There was a similar increase noticed by the SAFFRON Centre, SACE’s counterpart in Strathcona County, although it was a delayed reaction. The numbers started to climb in May and they have been increasing steadily, said Katie Kitschke, the executive director at SAFFRON.

“We still see a lot of clients who have experienced historical trauma, as well as recent trauma. Sometimes traumatic events (such as COVID) push us to the point that ‘our cups are full’ and we seek help for our trauma,” Kitschke said.

“The increase comes, we believe, when people were able to leave the homes in which they may have lived with the abuser, or where they did not feel safe or comfortable doing online or telephone counseling. We have seen quite a few high profile cases in the media in the last few months, and we often find that people tend to come forward more often when this happens. We have also started seeing clients in office since July 15, so that has helped to increase our numbers, as people tend to feel more comfortable with the face-to-face counselling.”

The pandemic created a unique situation where people were predominantly forced to stay in their homes. In abusive relationships, this meant a greater opportunity for sexual violence to occur with a much lower chance of the victim being able to report it.

Mary Jane James, the chief executive officer at SACE, added that the corollary effects of COVID-19 on the economy further contributed to the emotional and psychological states that bring on many abusers’ acts of violence.

“Sexual violence is about power and control. When a person loses control in other aspects of their life – for instance, if they lose their job, or feel restricted in their movements – they might try to regain that feeling of control by harming someone else. Sadly, the person they harm is often someone close to them, such as an intimate partner, family member, or friend,” she said.

SAIF doesn’t specifically counsel sexual assault victims but it does encounter them through its other intake streams and offer them resources. Clients often present themselves with multiple types of abuse, Kelleppan pointed out.

“Clients always tell us what they want to focus on. Sometimes it's about safety and that might be from physical (violence). It's a weird thing. It's this weird irony that when it comes to sexual assault within partner relationships, as awful as it is and as traumatic as it is, sometimes a partner will just give in or will just let it happen versus a physical assault, which feels much more unsafe to them,” she explained.

“You could be sexually assaulted multiple times in your relationship and that will cause trauma but you don't necessarily feel as unsafe as if you're being strangled or hit on a regular basis. All of those things could still happen but what are you going to triage when you're being abused? You're going to triage the thing that you think might kill you. As traumatic as sexual violence can be, our clients don't often come in with that as the presenting problem. They'll indicate their sexual violence, but what they're trying to de-escalate are the threats or the physical violence ... or whatever the case may be.”

Sexual violence often brings forth other dimensions of psychological fears that might prevent one from reporting it in the first place, including embarrassment or fears of reprisal from the abuser or that person’s agents.

Const. Lambert pointed out that the RCMP wants to know about assaults in the community whether they just happened or whether they occurred in the past.

“We don't know what we don't know. In partnership with our community partners or non-government agencies like SAIF and the Zebra Centre, as well as the Sexual Assault Centre of Edmonton, we can work collaboratively to empower anyone that feels that they were the victim of a sexual assault or sexual interference matter to make an informed decision and an informed disclosure to the police of what that looked like and support them through the court process. We also partner with Victim Services who liaise and walk alongside those that are victims of crime to ensure that they understand the disclosure process and are there to ensure that their victim impact statement is heard in court should matters get to a trial.”