Shovels in ground on Campbell Road park and ride 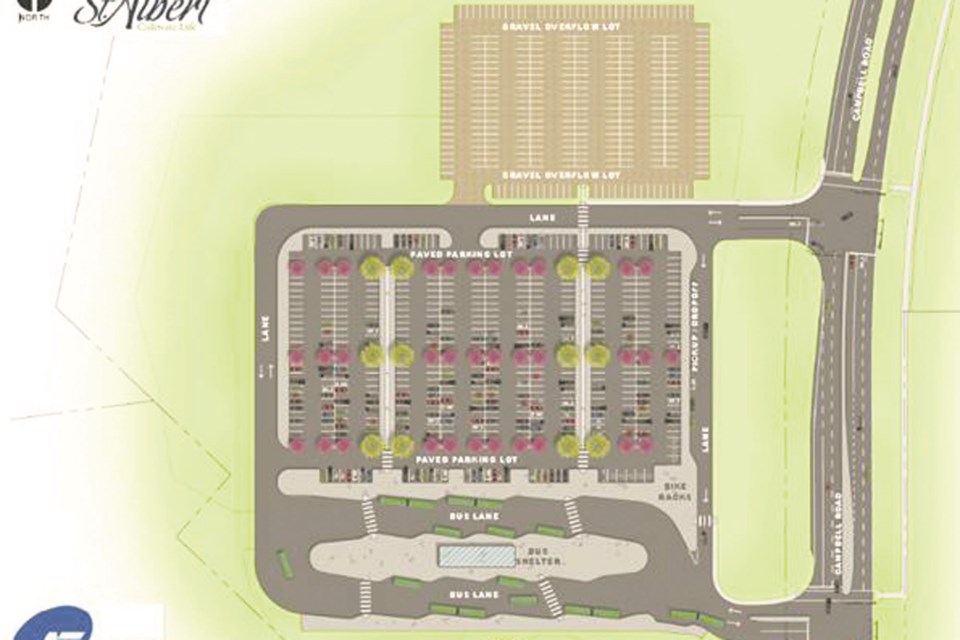 This final design for the park and ride shows the alignment to Campbell Road and marks where the future extension of the NAIT LRT line will end.

After being plagued with delays for a number of years, the City of St. Albert is “very happy” to see construction begin on the Campbell Road park and ride transit centre.

Work began on the future 800-stall facility this spring, and despite minor delays due to excessive rain, is on track to be complete in September 2020.

St. Albert planning and customer service manager Will Steblyk said much of the current work being done is below ground, as ATCO Gas had to relocate a gas pipeline before surface construction could begin.

“We are satisfied in that we are seeing progress, this is a project that has been plagued with delays for a number of years,” he said. “Now we are seeing actual work being done on the ground and we are very happy to see that.”

Planning for the $30-million park and ride began in 2009, and the project was given the go-ahead in 2015 through the province’s Green Trip grant program. The provincial grant is covering $20 million, while the remaining amount is coming from the city's Municipal Sustainablity Initiative funding.

The lot will accommodate 800 vehicles, with the potential for expansion as needed.

It will serve as the future northern terminus for Edmonton’s Metro LRT line.

“There is more demand for the park and ride than there is supply, so this will address that,” Steblyk said. “There is room for expansion in the future and we are quite confident this will serve as a valuable transit facility that will encourage ridership and meet the needs of a great number of residents.”