St. Albert businesses irate over latest round of COVID-19 restrictions

"It just seems redundant, and I hate to use the word abusive, but it just seems to be an abuse of small business," said Paddy's owner Ken Shebib.
May 21, 2021 5:40 PM By: Claudia Steele 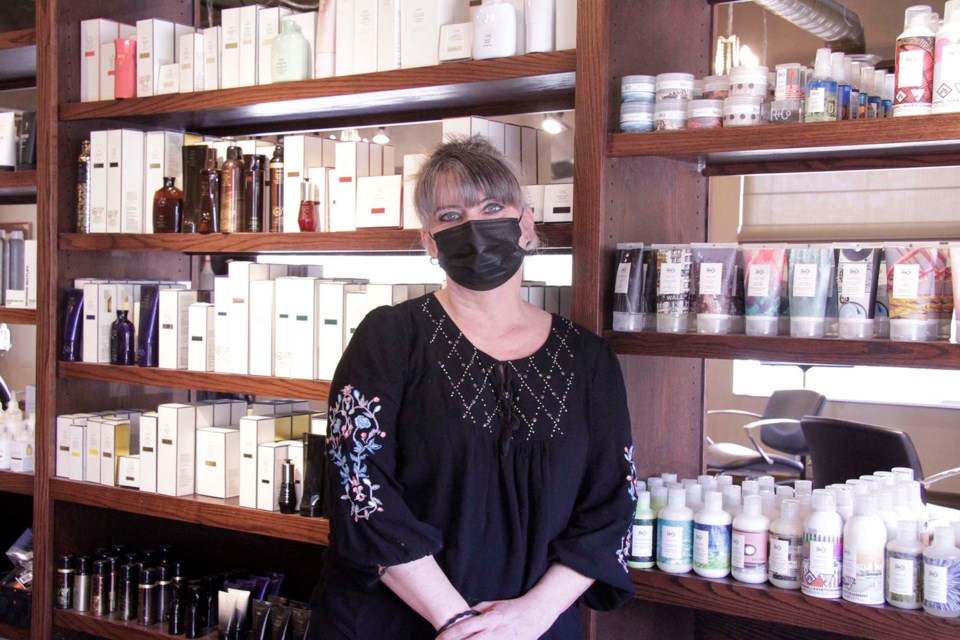 As Albertans braced for a third wave of increased COVID-19 cases, small businesses braced for further restrictions and shutdowns with heavy impact on their livelihoods.

The latest set of restrictions, announced the first week of May, were set to help slow the spread of the virus, and to keep Alberta hospital ICUs from becoming overwhelmed.

The most recent rules have sparked intense debate among small business owners, many of whom are now struggling to stay afloat.

Diane Chong, owner of Studio 107 in St. Albert, said she and her staff have always followed the restrictions, including shutting their doors when told. But Chong said she is both angry and shocked by the government's decision to shut down salons once again.

"We are being beyond cautious. We are the safest. Everything is documented. Every single person who walks in the door has been put in the computer and has a schedule. We're not in people's mouths. We're not like a dentist or doctor. We are safe because you can wear a mask. We can be in full PPE and be safe," Chong said.

She said she is increasingly frustrated by salon closures when those who aren't listening to health restrictions continue to do whatever they want with no real repercussions.

Chong, who has been fortunate to receive government grants in the past, is worried it won't happen this time around. She said an online forum showed that other salon owners had not yet been approved. When she checked her latest application, she was shocked to see it is being evaluated instead of approved, unlike previous shutdowns.

Ken Shebib, who owns Paddy's Pub & Kitchen, just spent $8,000 on a patio area only to be shut down anyway. Shebib shared Chong's frustration. "It just seems redundant, and I hate to use the word abusive, but it just seems to be an abuse of small business," Shebib said.

Still, thoughts on restrictions aside, the statistics for businesses can be startling. Shebib said that, in his first four weeks of operation in October 2020, with no severe restrictions, he made close to $220,000, but since then, he hasn't had a month that reached $50,000.

Although Paddy's is still open for takeout and delivery, Shebib said it is down about 40 per cent from the last wave. "Pickup and delivery is still ongoing, but very very slow this time around. Of course, it seems that everything they decide to do works against small businesses because pickup and delivery was working OK in the cold, but it's a little different now when people are camping and they don't seem to be ordering as much," Shebib said.

Shebib, who said he will qualify this time, could not get any government assistance through the last wave because he opened Paddy's after March 2020, which only increased his frustrations. These restrictions haven't just hurt him but also his wait staff, who he has had to lay off every time – a trickle-down effect no employer wants.

Some businesses seem to be faring better than others. Nonetheless, there are elements of struggle. Wellness Within owner Michael Riske said it has been an interesting time of pivoting working for the short term. He is thankful he hasn't had to worry about the future, per se, and has been able to access government assistance, but he said it hasn't been without stress.

Riske also recognized a lot of the burden has fallen on staff. "Massage therapy, for instance, is slower than it normally would be right now, and so the therapists that would make a commission rate, it’s harder on them. They're not unemployed, so they can't go on EI, but they also aren't making as much money because they aren't able to get as many clients," Riske said.

Chong, Shebib, and Riske all said they agree with the importance of having restrictions, protecting the community, and lowering case numbers. How this gets done is where their thoughts differ. There is a desire among many business owners for solid data showing evidence of how many COVID-19 cases have come from small businesses.

All three business owners said they are confident they will make it through this, though some perhaps in better shape than others. Each business has a number of factors that affect whether or not they will survive, and continued waves or restrictions will inevitably play an essential role in those outcomes.