St. Albert's Christian Johnson graduated from NAIT with training in computer repair and service. Now, he's taking his skills on the road with a mobile repair business.
Jul 25, 2020 10:00 AM By: Anna Borowiecki 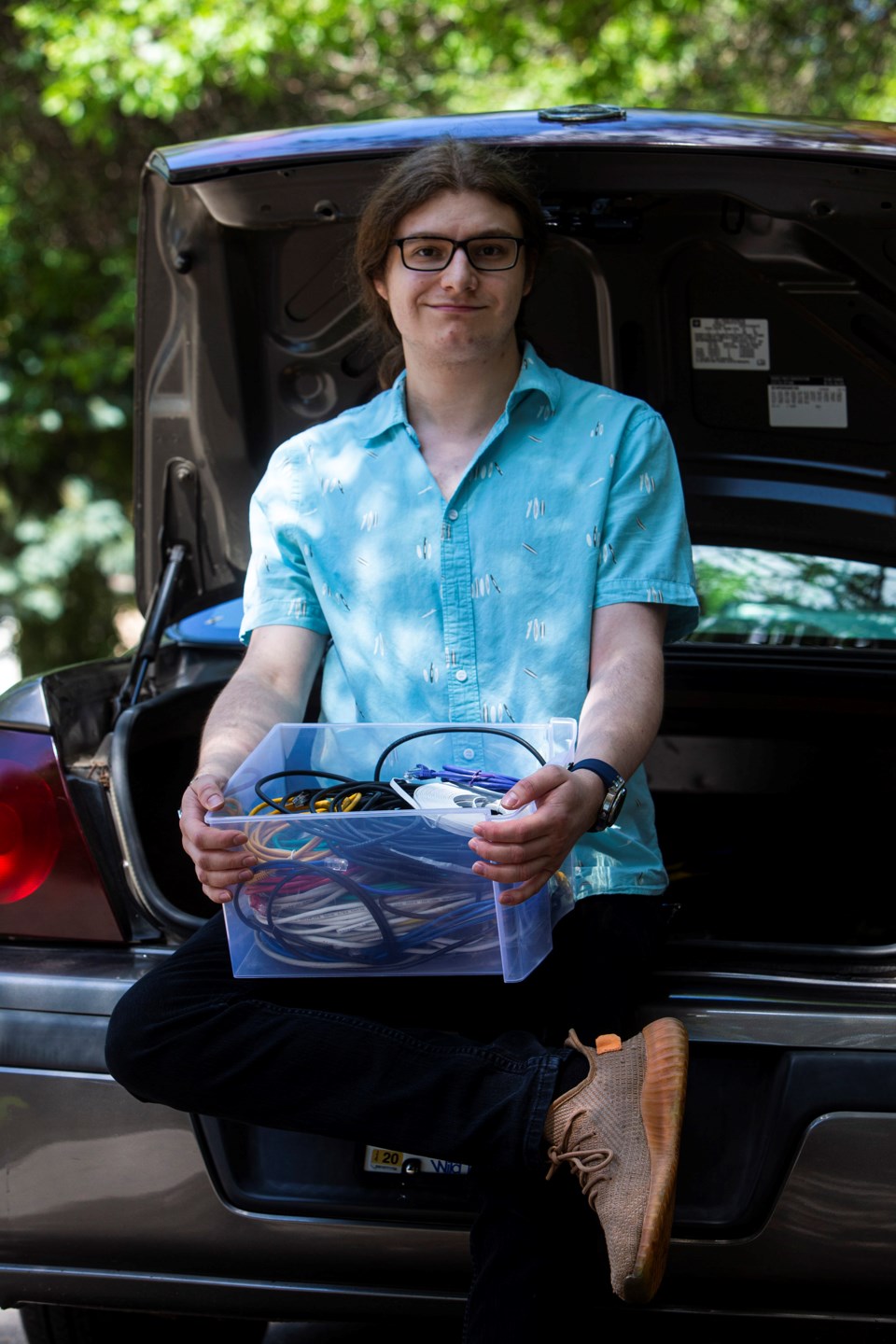 Christian Johnson of St. Albert is a NAIT graduate who specializes in helping people with all tech related needs. He can do anything from computer repair to digitizing old VHS tapes. In February 2020, he launched Tech-to-Go and travels to people's homes to help fix their tech issues. CHRIS COLBOURNE/St. Albert Gazette

In a world where preschoolers tap on iPads and virtually every home has at least one computer, the need for repairs is increasingly common.

Many of us struggle to keep up with crashes, viruses, file management or a shortage of computing power. Simply diagnosing the problem can seem insurmountable and unfortunately there is no easy-to-digest manual.

With the oil market tanking and COVID-19 shutting down much of the Canadian economy, this has probably turned into the worst hiring season for millennials.

“I thought it would be a nice change of pace. I value having my own business, making my own hours and choosing my own clients. I worked at corporations and you can see the ways things can be improved, but no one listens to you. And you see money being wasted,” said Johnson, who was unemployed at the time he opened Tech-To-Go.

The 2013 Paul Kane High alumnus’ focus is on hardware – the physical components of technology infrastructure such as laptops, routers, servers and phone systems.

A sampling of the business' services include computer repair, security checks, virus removal, backing up files and he will even teach clients how to manage files. In addition, Johnson builds computers, a skill he developed after swapping out parts for one in Grade 10.

Interestingly, one of his most called for services is digitizing VHS tapes.

“It’s very popular for families. You can send them to your phone or open them up on a computer, and you don’t have to rewind.”

He notes many clients view computers as untouchable “magic boxes” that require special skills to fix. Part of his service also involves educating people about technology.

“I try to explain in understandable terms what the problem is. In my position, people often spew technological jargon – I try to explain in layman’s terms why a problem is occurring so maybe they can (troubleshoot) for themselves in the future and not rely on someone else to flip a switch.”

“It hasn’t happened yet,” he chuckled. “Getting rich was never a motive behind this. I value my autonomy more. As long as it sustains me I’m fine. It’s nice to see the fruit of my labours. And it’s nice to help people out and make it so they’re not afraid of technology.”

To stay current with fast-paced technological changes, Johnson practises on 30 different computers in his lab. One of the ways of discovering new functions is through his hobby, producing and recording instrumental music.

Under the pseudonym Wertyo, Johnson has released six albums and EPs in addition to various singles. His two latest works, “Luna-Sol” and “Dysphoria,” were released respectively in Feb. and July 2020. As a musician, his body of work has garnered 1.95 million streams.

As an in-home field tech, Johnson is conscious of diminishing the spread of COVID-19 and quickly points out: “When I work I always wear a mask and practice social distancing.”