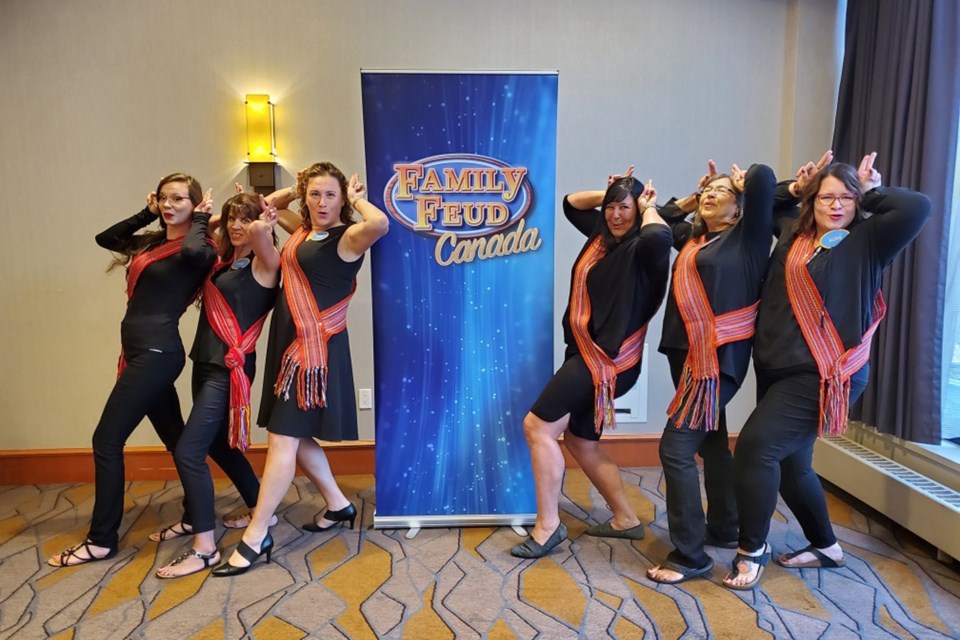 A St. Albert family will be appearing on Family Feud Canada early next year and plan to share their deep St. Albert roots and Métis heritage with the country.

The Perreault family, a proud Métis family who are some of the original members of the St. Albert community, tried out for the show in September and got the call just a couple of weeks ago that they made the cut.

“I just started screaming. Like I was so excited, and (the CBC staff member) was giggling on the phone,” Perrault-Werner said.

Once Perrault-Werner found out, she concocted a scheme to get her family together for the big reveal. She told them they needed to Skype with the producers for Family Feud for another interview.

Once the whole family was together, they broke the news. Screaming ensued.

Perrault-Werner is a 35-year fan of the show and is one of five members of the group of relatives heading to Toronto to be on the show, which includes their aunt and team captain Sandy Dryburgh, cousins Aileen Hartman, Shannon Perreault, Denise Barber and Alisia. Cousin Rebecca Barber was their alternate for the audition. The family, all of whom were raised in St. Albert, are proud of their Métis and St. Albert heritage. They call themselves the Métis Wolfpack.

The relatives trace their roots in St. Albert back to the original settlement of Vital Grandin in the community, with members of the family previously owning a river lot on Big Lake, being the original signatories to Treaty 6, owning a house where St. Albert Place is right now and with a road, Perrault Place, named after the iconic family.

During the audition, the family was able to share their culture with the audience, producers and other families competing to be on the show. They wore Métis sashes, did the Red River Jig and shared information about Métis jigging.

The longtime fan of the show said many people know about the Métis values of strength, kindness, tolerance, honesty and respect but another big part of their culture is their great sense of humour and having fun, which they have been able to share with the producers at Family Feud and hope to show to all of Canada in the new year.

The family will be flying to Toronto in late January to tape their episode of Family Feud. The episode will air around one month later in late February.

The Wolfpack hopes they are able to do the Red River Jig during their taping and plans to wear their sashes.