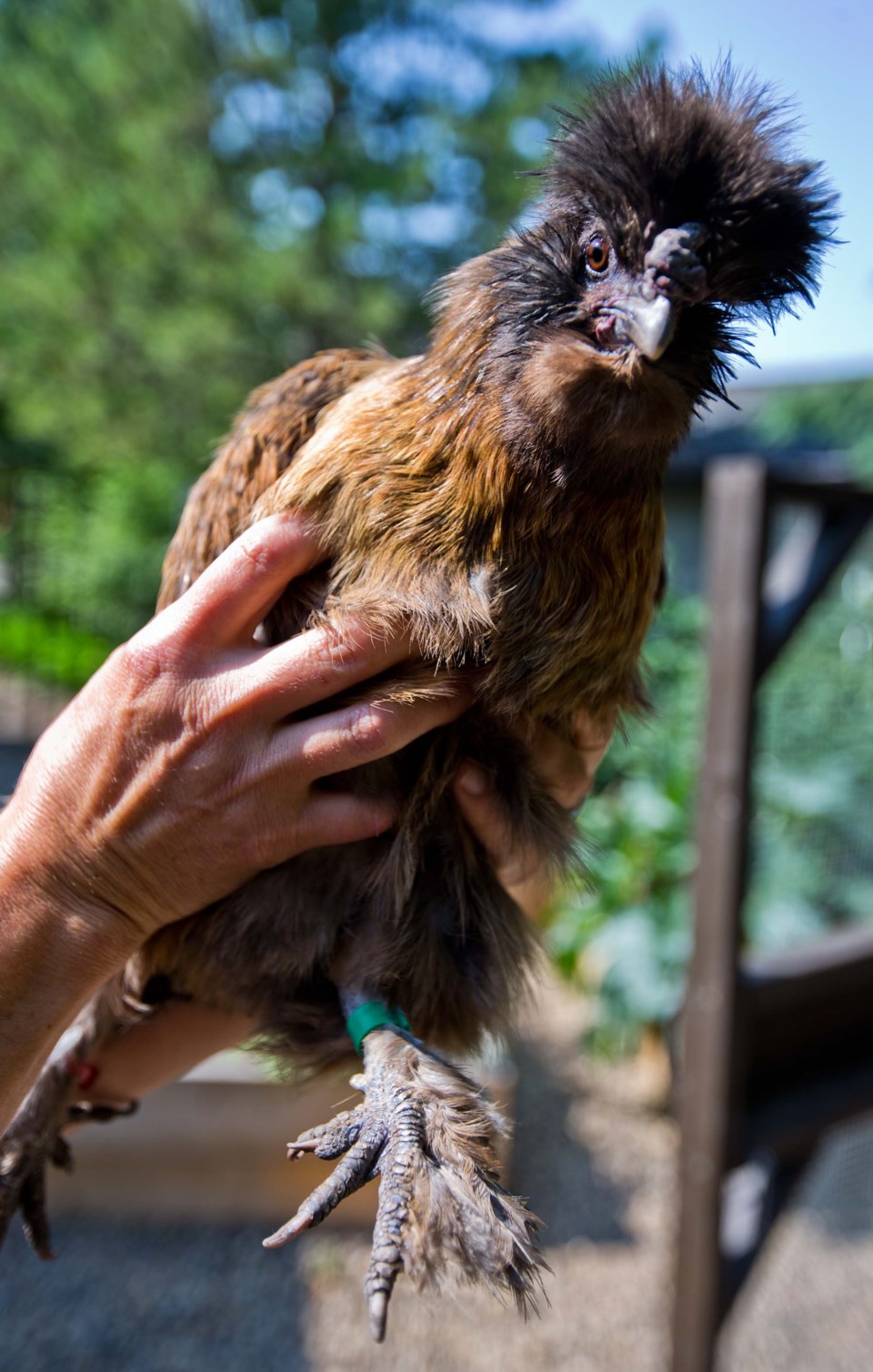 COMING SOON – More Sturgeon County homeowners will be able to keep backyard chickens such as this one under proposed changes to the county's animal control bylaw. The changes would also alter rules on keeping ostriches and donkeys. CHRIS COLBOURNE/St. Albert Gazette

Backyard chickens will soon get to roost in some county homes if proposed changes to Sturgeon’s animal laws are approved.

The county’s animal control bylaw regulates animals outside of agricultural and industrial zones, including llamas, emus and wildlife. It currently forbids people in many residential zones from keeping chickens.

Those hens would have to be kept in a coop that meets provincial standards at all times and would need to be registered with the province. Hen keepers would need a premise identification number and be banned from keeping roosters or slaughtering hens on their land.

The bylaw would require hen keepers to keep three to six hens on their land. When asked in an email why the law required a minimum number of chickens, county fire chief Pat Mahoney said this was to prevent loneliness-related illness amongst the birds.

Anyone who breaks the rules on urban hens could be fined $150 to $400 under the proposed bylaw.

People on country residential and hamlet properties bigger than a hectare would be able to keep a variety of animals under the proposed law, including pigs, chickens and chinchillas, with the maximum number depending on species and property size. Residents would no longer be allowed to possess wildlife on private property without a permit from Alberta Fish and Wildlife.

Mayor Alanna Hnatiw said she had heard complaints from residents about how the county bans backyard hens when many cities allow them. She suggested the bylaw’s limits on other animals consider temperament; the proposed law would let people keep more ostriches (considered unruly) than sheep, for example.

Mahoney said he would take this law out for public comment prior to second reading.