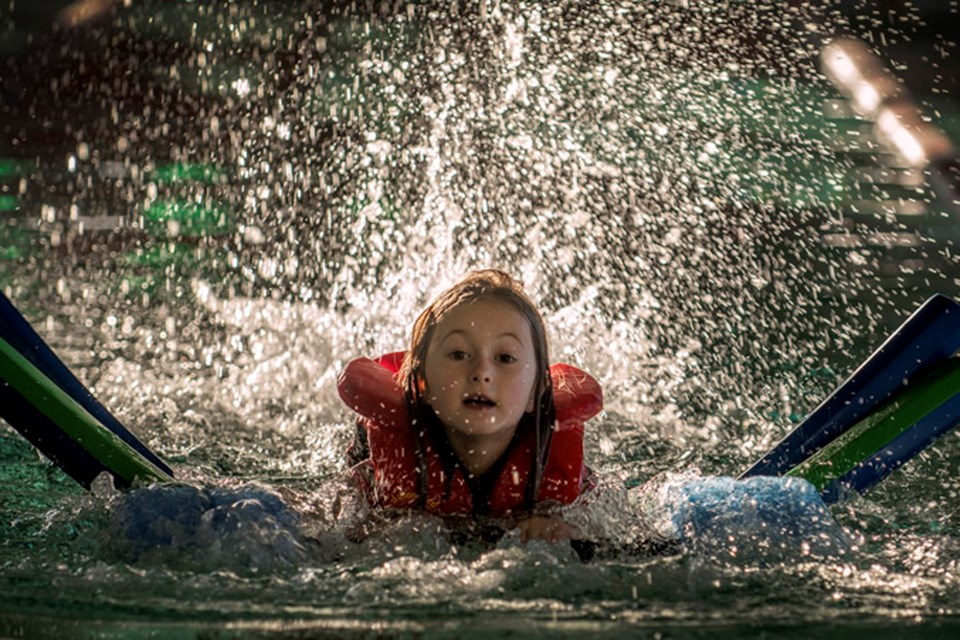 Meagan MacLeod said she was excited when she heard Fountain Park reopened for private family swimming last weekend, as her two kids were itching to get back in the water. But when she realized an hour-long swim would cost her family $175, swimming became "unattainable." Between her family of four, it would cost $43.75 per person.

"Activity for kids is such an important part of their mental and physical development, and to put a price point at $175 an hour, you're just not making that accessible to all kids," said MacLeod, who is also a clinical exercise physiologist.

On April 23, the City of St. Albert posted a notice that bookings for household family swimming at Fountain Park would reopen on April 24. Swim bookings are for one hour at a time at a rate of $175, with a maximum of 10 people from the same household.

MacLeod said children shouldn't suffer a lack of access to activities because of a price point, which she doesn't know how the city determined in the first place.

"I think there's that kind of long-standing assumption that St. Albert is a quite wealthy community ... but I don't think that we can cast such a wide net over St. Albert and say that everybody has the financial means to pay $175 an hour."

City administration, which made the decision on the price point, declined an interview with the Gazette before the next council meeting to talk about how the city arrived at that rate. However, recreation facility director Diane Enger provided a written statement in response.

"The City’s $175 per hour pool rental rate is based on the regular price per hour to book the leisure pool at Fountain Park Recreation Centre. The current $175 booking rate now also includes access to the small pool, competition pool, slide and leisure pool," Enger wrote.

"This fee helps offset the costs to operate the facility, including staffing and increased cleaning and sanitizing."

To date, six bookings have been made for private swim at Fountain Park since registration opened last Saturday, according to the city.

That cost is on the high end compared to other municipalities in the region, though rates can vary depending on where you are.

The City of Leduc opened up household swim bookings on April 6 for $42 per hour. The Town of Westlock is offering hour-long private household swim bookings at $64.75 for residents or $88.50 for non-residents. The City of Edmonton has instructor-led bookings available for up to 10 people per household at $110 per hour. Meanwhile, the City of Spruce Grove is charging $220 per hour to rent out the entire Tri-Leisure facility as more of a "pool party" booking.

Selena Schmidt said her family of five could afford to pay the $175 fee, but it wasn't worth it for 60 minutes of swim time. She said the price point leaves out families in St. Albert that can't afford to pay that cost.

Jessy Beley said it's cheaper for his family of three to book a hotel room instead. For example, the St. Albert Inn and Suites offers a hotel stay with pool reservations and a free breakfast for around the same cost.

"I would say we're middle class, but that's very unrealistic and very expensive."

Schmidt said she'd rather see the city explore other options before looking to make up lost revenues with a $175-per-hour fee, calling the cost "inappropriate."

"We should not jeopardize children's programming or recreation or activities for all members of St. Albert to cost save, or create a few jobs," she said. "It's completely marginalizing."

Mayor Cathy Heron declined to talk to the Gazette before the next council meeting. However, she wrote a response to residents' concerns on Facebook.

"This is not a council decision and I know a member of council is considering making a change. Cost recovery to rent the pool is over $200, but I realize we always subsidize the pool. I guess the question is, how much should taxpayers pay and how much should users pay? I think we can find a good middle ground," she wrote, adding that administration is "trying their best not to raise taxes during these hard times."

Coun. Ken MacKay originally posted about Fountain Park's reopening on Facebook before realizing how much the city was charging per hour. Those rates were determined by administration, not council.

After hearing from upset families, MacKay said he requested a cost-breakdown from administration to figure out how the city arrived at that $175 per hour cost. MacKay said he is also bringing forward a motion at the next city council meeting on May 3 to subsidize the cost through the city's $1-million COVID-19 recovery fund, though he needs to know how much that would cost first.

"I'm going to be pushing for $100 or lower," he said. Fees could be used to make up lost revenues or create summer jobs, but lack of uptake could be an issue.

"If we have six time slots a day, and we fill them up at $100 a day, but if we offered $175 a day, and we only fill up two or three of those, at what point does that make any financial sense either?"

According to the city's annual report, St. Albert reported a $11.7-million loss in sales and user fees due to impacts of the pandemic with intermittent closures of recreation and cultural facilities.

Episode 9: “Unreal” demand for bicycles as riders hit the trails
Good Morning, St. Albert!
Gardening could be the hobby you've been looking for
Online map a self-guided tour of Sturgeon County greenhouses