Land-use bylaw amendments have made St. Albert “really attractive to the development industry.”
Jul 21, 2021 11:37 AM By: Rachel Narvey 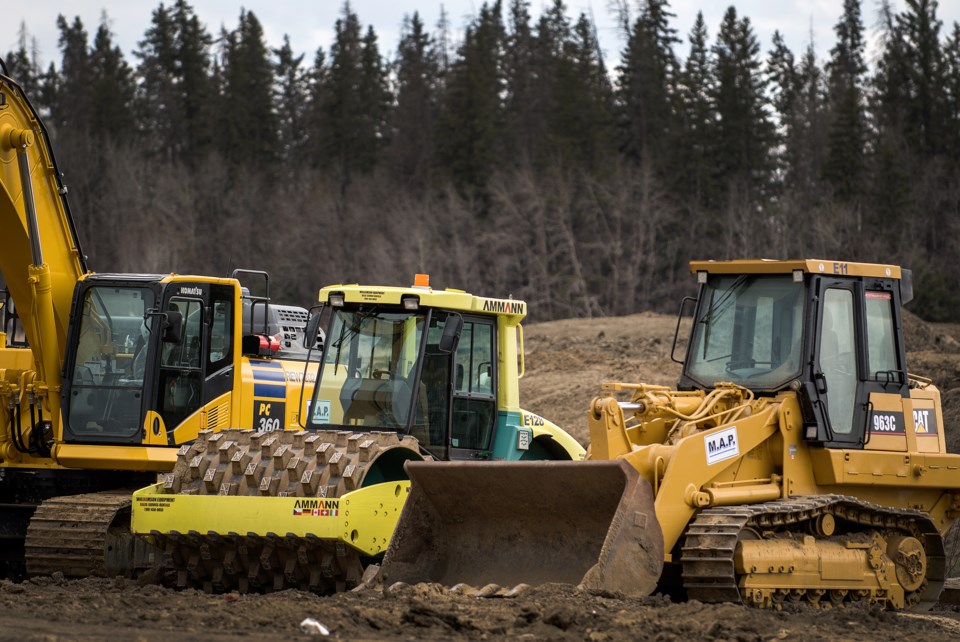 St. Albert has seen a rise in the number of development permits this year. The city is looking to increase its population from 65,000 to 100,000 people over the next 25 years. FILE/Photo

An increase in development has had St. Albert city council hold 30-per-cent more public hearings this year than in 2020, with more on the way when council resumes in August.

Public hearings are necessary when the city is amending its land-use bylaw or area structure plan, as per Alberta’s Municipal Government Act. In total, 17 public hearings have been held so far in 2021, an increase from 13 in 2020, and 12 in 2019.

Because construction season is limited, the city receives developer applications for these amendments beginning in October through to the early part of the year, meaning they typically come before council during spring and summer.

Adrian Slaght, St. Albert's director of planning and development, said he sees the upswing in public hearings — and therefore development — as a “positive sign” for the city.

“It’s great that there’s been this much interest in growth, especially given some of the uncertainties that have been present over the last year,” Slaght said.

During the beginning of the COVID-19 pandemic, Slaght said a lot of developers “sat on the sidelines” because of unpredictability. He argued the increase in development is due to land-use bylaw amendments made in the interim, such as the permitting of back lanes and zero-lot-line, single-family homes.

Slaght said these changes were “really attractive to the development industry.”

“They enabled developers to pursue something they previously couldn't in St. Albert,” Slaght said.

Coun. Ken MacKay, acting as deputy mayor, said the spike in development is “really quite exciting for St. Albert.”

“We’re seeing optimism on behalf of developers as they push forward on their projects,” he said.

MacKay said it is “somewhat unusual” to have three or four public hearings so frequently on a single council agenda, but that it was part of a larger pattern of expanding development in the city.

“In 2020, we saw the highest construction permit value totals since 2017,” MacKay said.

In 2021, those totals rose further. According to a June 2021 building permit report provided to The Gazette, the city issued 366 building permits in 2020, and 586 so far this year.

When asked whether the city will need to hire more staff to accommodate the uptick in development, Slaght said nothing is determined yet.

“For the most part, our staff have been able to manage,” Slaght said. “We shifted personnel to cover the influx in applications, and took some people off of long-range projects.”

Some examples of the projects Slaght gave include followup to the Municipal Development Plan (MDP) — a high-level city planning document — approved in April, and preparation for the new employment lands in the Lakeview Business District Area Structure Plan.

Slaght said he doesn’t anticipate a high volume of development projects — and therefore public hearings — for 2022, but added how things will go is ultimately “hard to predict.”

“A lot of these neighbourhoods, they’ve gotten the approvals that they wanted in order to proceed with development in the coming years,” Slaght said. “I’m not expecting as many as this year, but I could be entirely wrong.”

Slaght highlighted how, with the approval of the MDP, St. Albert is looking to increase its population from 65,000 to 100,000 people over the next 25 years.

About the Author: Rachel Narvey