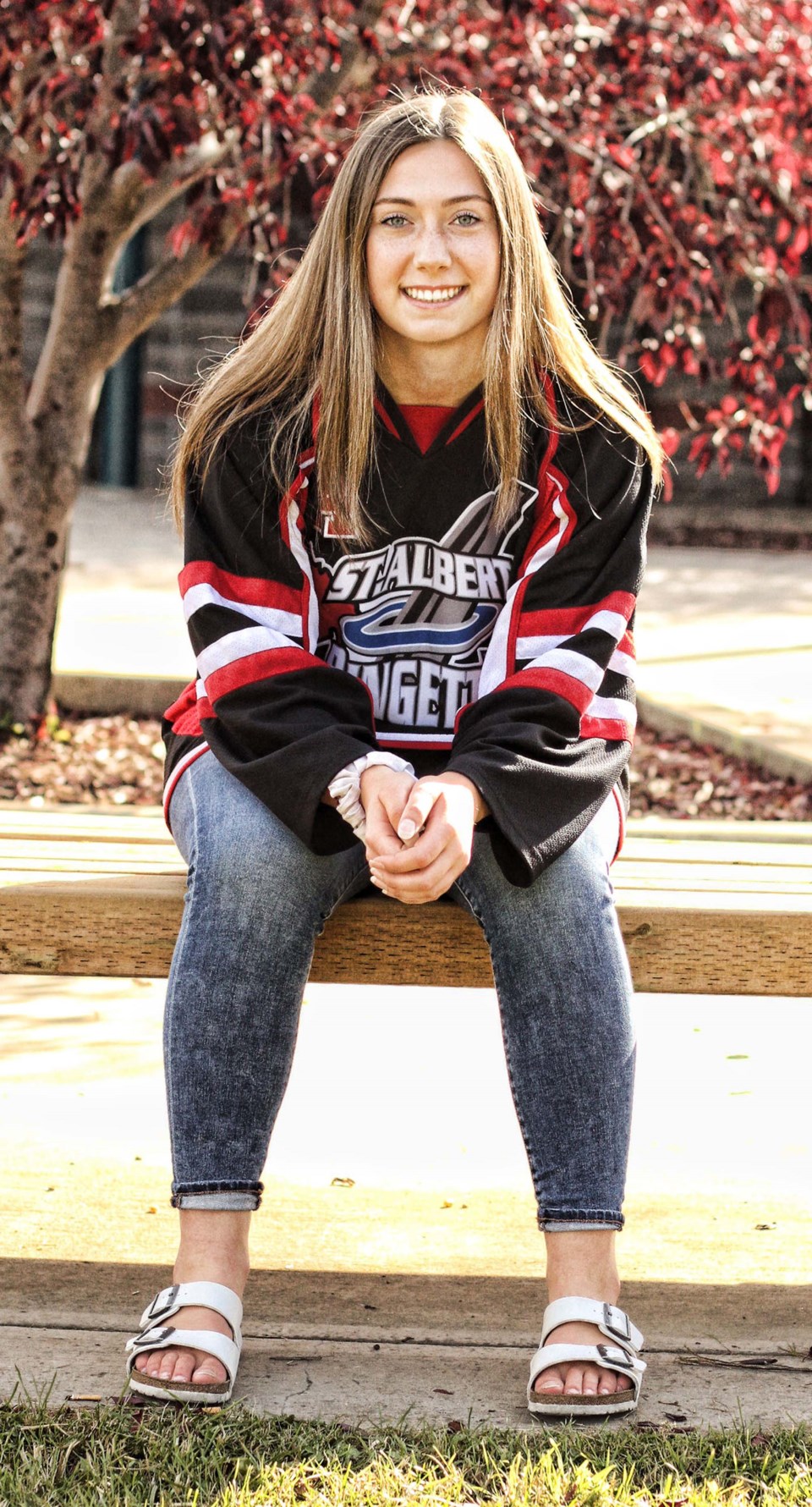 PLAYER OF THE YEAR — Sturgeon County's Vail Ketsa, shown here, has been picked as the 2020 Player of the Year by Ringette Alberta. The award recognizes exceptional ringette players and comes with a trophy and $250. VAIL KETSA/Photo

A Paul Kane ringette player has scored big as this year’s Player of the Year for Alberta.

Ringette Alberta announced earlier this month that it had picked Sturgeon County’s Vail Ketsa as its 2020 Player of the Year. The award recognizes athletes that demonstrate excellence throughout a season, and consists of a trophy, $250, and $250 for the recipient’s player association.

A Paul Kane student, Ketsa has played for the St. Albert Ringette Association for many years and was a member of Team Alberta during the 2019 Canada Winter Games. She is currently a forward with the U19AA Mission team.

Ketsa, 18, said she started playing ringette when she was about six and saw a game being played. Impressed by the control and speed it offered, she decided to take it up instead of hockey.

Ketsa said she preferred playing offense to defense because she liked the creativity that comes with setting up plays and scoring goals.

“When you have the ring, you’re able to control the game more,” she said, and you become the centre around which everything flows on the ice.

Ketsa is a highly skilled player and natural leader whose personality draws people in, said U19AA Mission coach Eric Lavoy, who nominated her for this award. She’s not only great at scoring goals, but is also a central player in the team’s power play, penalty-killing and defensive strategies. Whereas a good player might change the look of a game with a clutch shot, Ketsa is the type who could change a whole season.

“She’s the type of player that makes other players around her better,” he said, and who knows how to work with and inspire their teammates.

In her nomination letter, fellow Mission coach Lauren Henderson wrote that Ketsa was a dominating force on the ice, quarterbacking plays and leading through pure skill. Ketsa was also one of the most vocal players on the bench when it came to cheering on her teammates.

Ketsa said she was surprised and honoured to learn she had received this award, and thanked her coaches and teammates for their support. She plans to start on her Bachelors of Science degree this fall at MacEwan University and join the National Ringette League.

Ketsa encouraged everyone to try out ringette.

“It was one of the best decisions I’ve ever made. I’ve made some incredible memories and awesome memories through this sport.”