"No surprises" in 11 recommendations, says Active Communities president
Oct 1, 2020 8:00 AM By: Brittany Gervais 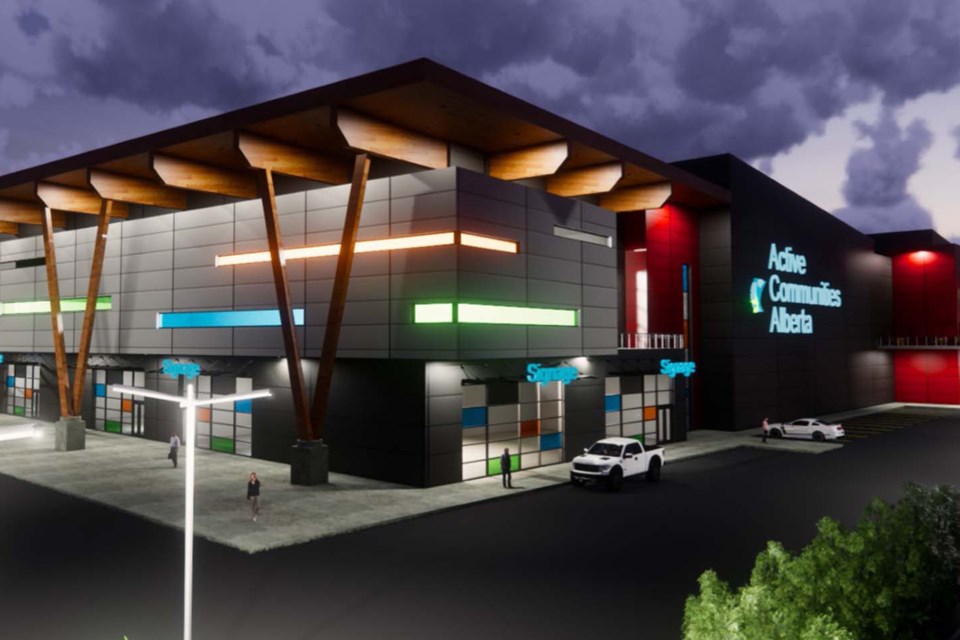 There are no big deal-breakers to a non-profit group's sports campus proposal, but several areas of significant risk should be ironed out before the City of St. Albert commits $20 million to the project, according to a value for money assessment.

Consultant MNP presented its report to council Monday during a committee of the whole meeting. The study zeroed in on Active Communities Alberta's (ACA) $42-million sports campus proposal, listing out 11 recommendations to consider before the city commits capital funding for the project.

The value for money assessment was a condition under a non-binding memorandum of understanding signed between the city and ACA in 2018. Under it, the city would chip in up to $20 million to build the facility, provided it is built in St. Albert and backed by $10 million each from the federal and provincial governments.

Plans for the facility include two indoor ice arenas, 25,000 sq. ft. of gymnasium space, a fitness centre, daycare, non-profit facilities and retail as well as a full-sized indoor fieldhouse in the city's northwest.

Despite the report's recommendation to table any city funding commitments, Matt Bachewich, ACA president, welcomed the report as a roadmap to position the project for success.

"There were no surprises in the 11 recommendations – if we were writing the report, we probably could have come up with the same 11," Bachewich said.

The completion of the value for money assessment opens up opportunities for provincial and federal funding, but it's also a preliminary step in the process, he said. The recommendations then set out a framework for what types of conversations need to be had moving forward.

"We look forward to collaborating with St. Albert on working together to address the items identified in the report. And we are very confident that through our joint efforts, we will be able to address all of these and in a short period of time."

One of the bigger question marks within the report's recommendations was around the operation and governance of the facility, said Chris Lavin, MNP regional managing partner.

Right now, ACA is expecting the city to lease the land for the facility and then have the non-profit independently own and operate it, but the city may want some degree of involvement with governance given its $20 million investment, he said.

"The more you invest, the more operational weight you have on it, then the more you may actually want to have more oversight into it," Lavin said.

ACA's business case projects the facility will see a $313,433 surplus in the first year of operation, with improvements each year.

However, minor changes could significantly impact those numbers. For example, if ACA needed to hire two additional people full-time, it would eat into the expected surplus by 40 per cent. The opposite is also true: if they needed fewer people, the surplus would grow.

"If you had two, three or four of these particular items that all went a little bit less than expected, you could be in a position where you've moved from a positive surplus to a loss," said Stephen Rogers, senior consulting manager.

"On the positive side, if ACA was slightly conservative in three or four of these projections, you could actually see a fairly significant swing upwards in profitability."

There's no direct return on investment for the city's $20-million contribution as well, according to the report. Under the current borrowing rate, the city would be paying $1.22 million a year for 20 years to cover borrowing costs.

Regardless of whether the city wants to move forward on its own or with a non-profit operated model, those borrowing costs would still be there, Bachewich said.

"If you're buying a house, and then you're leasing it to your friend, you would still have to pay interest on your mortgage. Either way, there would still be interest costs for you," he said.

Even the absolute worst-case scenario painted in MNP's report is still a better outlook than any municipally operated facility, Bachewich said. Based on the city’s operating deficits for Servus Place and Fountain Park Recreation Centre, ACA estimates a non-profit approach could save the city about $1 million a year.

"On the whole, (MNP) ultimately felt that there was no need to adjust the $3 million financial model by more than $6,000 in order to arrive at the base case model," he said.

"That speaks to the strength of our business case, the efforts of our volunteer organization and the quality of data that we obtained over the past four years from various facilities around the province."