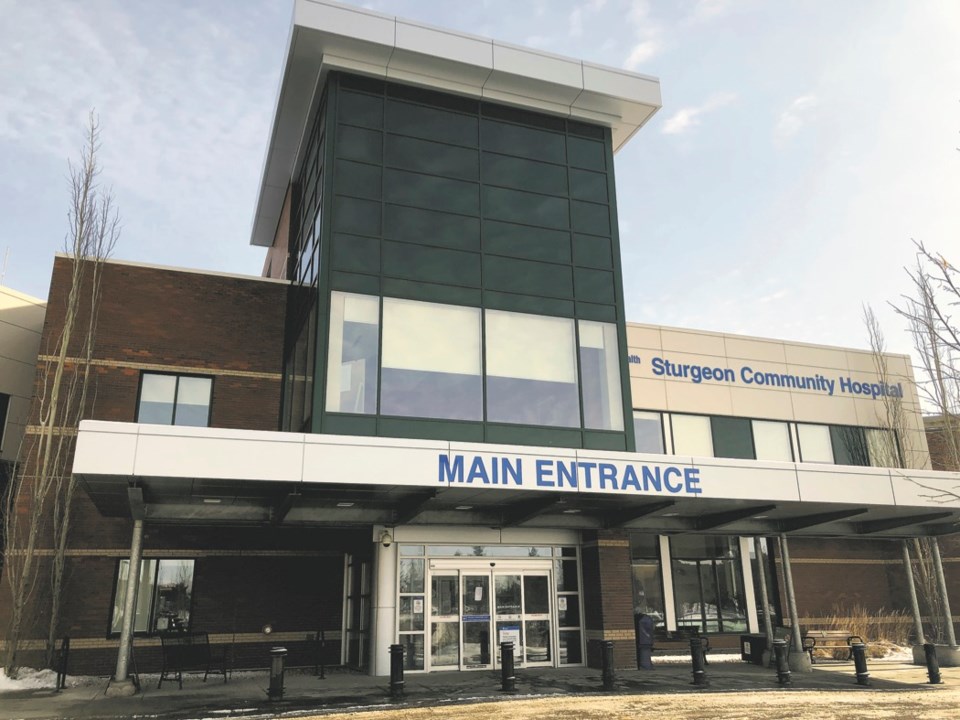 Two local women spoke to the Gazette about their experience being swabbed for COVID-19. CHRIS COLBOURNE/St. Albert Gazette

For two St. Albert residents, getting swabbed and tested for COVID-19 was “freaky” and “surreal.”

The two women, whose names are being withheld because this story discusses their personal health information, both got swabbed for COVID-19 in the past month.

One woman – who has asthma, had been sick and was having a hard time breathing – was swabbed on March 10 after she returned from a vacation in Palm Springs. When she returned to Canada, she called 811 Health Link and asked what to do.

The Health Link officials ran the woman through a list of questions and in the end recommended she go to the emergency room.

“I did wait 'til the middle of night to go, when it wasn't so busy,” the woman said, adding she went in around 4 a.m.

The woman said there was a strict protocol in place for her trip to the Sturgeon Hospital emergency room. Her husband took her to the hospital and she sat in the car while he ran in and told the health care workers she needed a COVID-19 test. Her husband came back with masks for them both.

“By the time I got in, all the nurses wore gloves and masks and stuff like that,” the woman said.

She was rushed past the waiting room and into a secluded room, where she would be tested. Any worker she interacted with or saw had a mask and gloves on that they had put on just for her visit to the hospital.

The woman said doctors and nurses came in to talk to her, covered from head to toe in booties, gowns, masks, splash guards and hair nets. The nurses assessed her and said they believed she was not suffering from COVID-19 but just a cold and asthma.

Then another healthcare worker came in and stuck a long swab up her nose.

“It’s like we are in a dream,” the woman said, adding all the gear the healthcare workers were wearing was “freaky.”

Afterward, the woman waited until her husband was at the door, and together they walked straight out of the hospital. She said the process took around 20 to 30 minutes. By the next day, in the afternoon, Alberta Health Services had called her to inform her she had tested negative for COVID-19.

Waiting for her results was stressful, she said.

Another woman, who is a health care aide at a hospital in the region, said she too was tested for COVID-19 but is still waiting to get her results six days after her swab.

The woman started coughing at work and was sent home immediately on March 15. She called her workplace health and safety resource for guidance on what to do, and they walked her through the symptoms and determined she needed to be swabbed for COVID-19.

It was arranged that the woman was to go to a location in the Millwoods area to get her swab on March 18. When she arrived, she was asked to ring a doorbell on the side of a building so she could enter a gymnasium where the swab would take place. She sanitized her hands as she arrived and was asked to put on a mask and was brought into an entrance area. Once inside, she was told she was at the wrong place and was sent home.

The woman went directly home and was then contacted by someone to tell her that her paperwork was now at the Millwoods location and she could return for the swab. Later that day, the woman returned and entered into the gym.

“Off on the side of the gym is a bunch of cloth partitions where they have where you go to get the swab. It’s kind of like a little booth but it's not much privacy anyways,” the woman said.

She went into the booth and had a swab stuck up her nose.

As of press time on March 24, some six days after her swab, the woman said she is still waiting for her results.

In those six days, she has been living as though she has COVID-19, which means not leaving her house, not working and feeling a lot of anxiety while waiting for her test results.

“You hear that no news is good news but (you wonder) what if they have to rerun the test a second time or something because it's positive?”