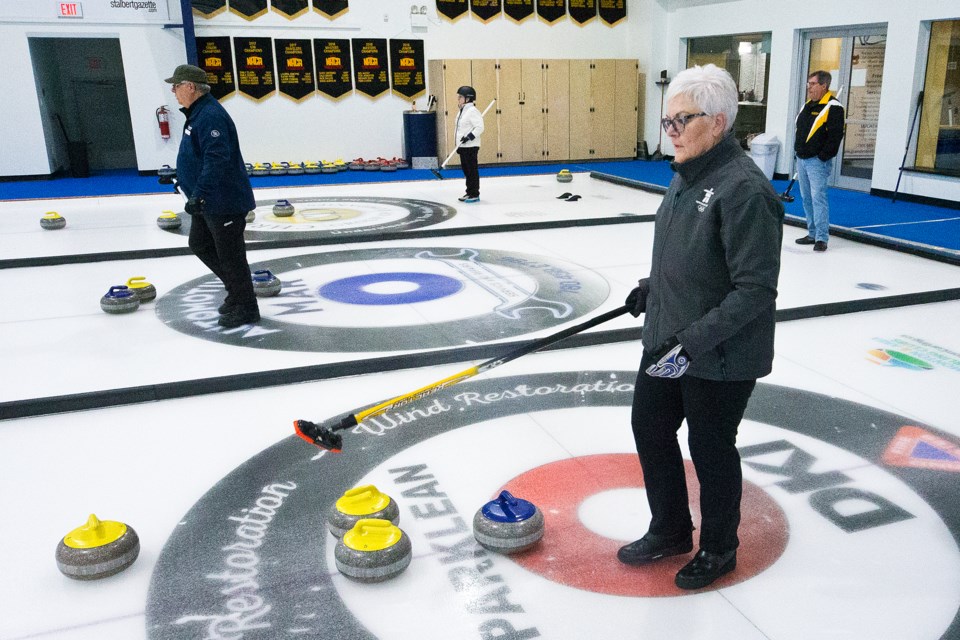 Scotty (Bulldog) Olson, the flyweight gold medallist at the 1986 Commonwealth Games, and Ryan (The Real Deal) Ford are expected to be in attendance to sign autographs.

The boxing event at the 1994 Alberta Winter Games in St. Albert was also staged at Simpson.

The St. Albert Merchants can gain ground on the west division leaders with victories against the Beverly Warriors and North Edmonton Red Wings in the Capital Junior B Hockey League.

Game times are 8 p.m. Sunday against Beverly (16-3) at Jarome Iginla Arena and Wednesday against the Red Wings (15-4-1) at Londonderry Arena.

The third-place Merchants (13-6) were three points ahead of the Stony Plain Flyers (11-8-1) when the teams faced off Friday at Glenn Hall Centennial Arena and the score was unavailable at press time.

The Merchants had won eight straight and 11 of 12 games before Sunday’s 5-3 loss to the Edmonton Mustangs (2-17) at Bill Hunter Arena.

The Sabres and Stars faceoff at 6:45 p.m. and at the end of the Hockey Edmonton game at approximately 8:15 p.m. fans can flood the ice with Teddy Bears as donations to Santas Anonymous.

Teddy Bears can also be dropped off at the St. Albert Minor Hockey Association headquarters at Jarome Iginla Arena during office hours until 4 p.m. Monday.