Puck to drop for Broncos again

Organizers of memorial tournament hope for another fun year “playing the game the boys like”
0
Jul 3, 2019 12:00 PM By: Hannah Lawson 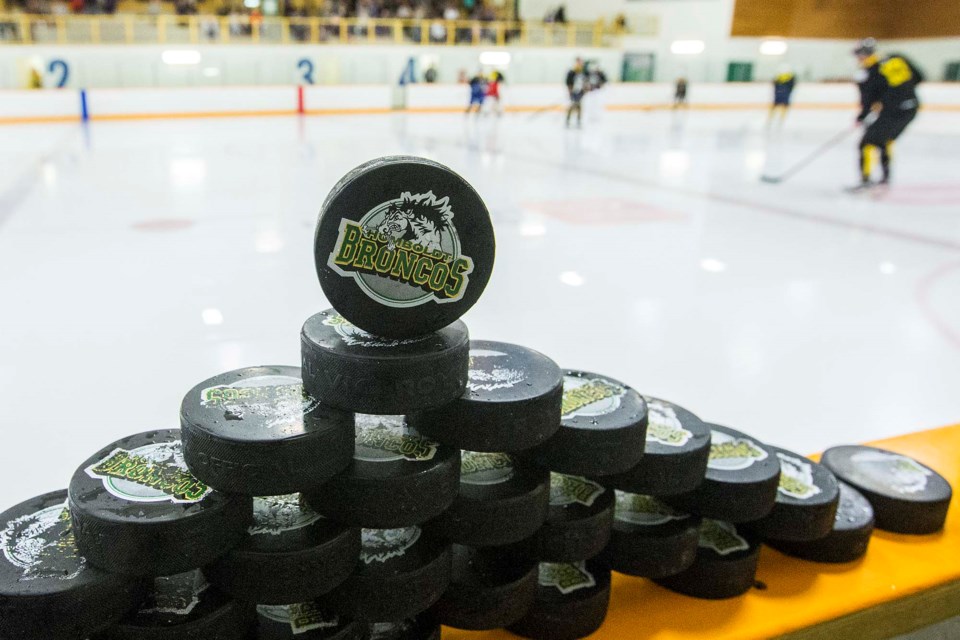 Last year, the inaugural event raised just over $56,000 for the committee, which is dedicated to creating a long-term scholarship program to further the boys’ legacy.

Tournament co-organizer Jaedon Leslie said the focus this year is not centred on money, but more on camaradery and having fun playing for the fallen St. Albert hockey players.

“I think we’re just hoping it's another fun and enjoyable year playing the game the boys liked,” Leslie said.

Sixteen people were killed and 13 injured in a disastrous collision last April when the bus taking the Humboldt Broncos team to a playoff game collided with a semi-trailer in Saskatchewan.

The tournament’s ceremonial puck drop will be done by legendary Hockey Night in Canada sportscaster Ron MacLean Friday evening, who will also be playing for Team Lukan. This year, surviving Broncos players Tyler Smith and Bryce Fiske will be lacing up and joining their friends on the ice.

Leslie said if the four boys could see the community pull together for another memorial tournament, they would be “proud.”

“I think proud is just (the) number one word, and I think happy for us we’re doing something we love to remember them,” he said.

Tournament opening ceremonies will begin at 6:45 p.m. Friday July 5 in the Mark Messier arena, after which Team Hunter will play Team Wack to kick off the tournament. Finals will be at 1 p.m. on Sunday in the Troy Murray arena.

Admission to attend the tournament is free, but donations are accepted at the door.