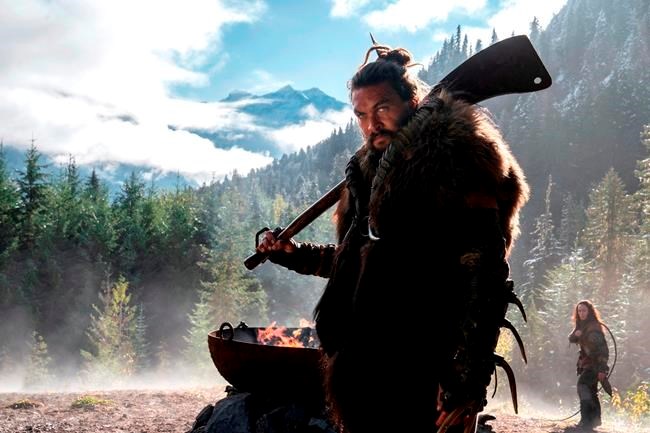 TORONTO — Canada's screen industry is facing significant production shutdowns due to COVID-19, and the country's entertainment unions are calling on the federal government to help their affected workers.

Last Thursday, ACTRA National, the Directors Guild of Canada, IATSE and CWA Canada issued a joint letter asking Ottawa to extend employment insurance support to all their workers impacted by the pandemic.

The groups note that many in their industry are not classified as employees and therefore not eligible for EI for any loss of work due to the coronavirus pandemic.

Prime Minister Justin Trudeau said Tuesday that he expected to make a major announcement on economic actions to help workers affected by COVID-19 on Wednesday.

The performers' union ACTRA Toronto said Tuesday it will postpone full member dues invoicing to mid-April and extend the dues payment deadline to May 31.

Other small-screen productions on a break due to the virus include Apple TV Plus's Toronto-shot "See" starring Jason Momoa; Corus's "Nurses," "Family Law" and "Departure"; Rogers' "Blood & Water"; and Bell Media's "The Marilyn Denis Show," "The Social" and "ETalk."

"Any hiatus, postponement or cancellation of work can be financially devastating for performers," ACTRA Toronto said Monday in a statement.

On Tuesday, Ontario Premier Doug Ford declared a state of emergency in response to the COVID-19 pandemic, ordering numerous closures, including all theatres and cinemas. Many scheduled film releases in Canada had already been postponed in recent days.

Toronto Mayor John Tory tweeted Monday that he spoke with members of the city's film sector by phone to discuss immediate and longer-term economic recovery strategies for the industry through the Economic Support and Recovery Task Force.

But unlike the severe acute respiratory syndrome outbreak that specifically affected Ontario's screen sector and redirected productions to other provinces in 2003, this pandemic is an industry-wide phenomenon, he added.

"Business is postponing with the full intent to come back, so in a strange way this feels slightly more stable, because we know Ontario is still one of the most stable jurisdictions out there," Mirkopoulos said.

"So we expect the business to come back when things normalize."

Not all productions are suspended.

Corus said decisions about production shut-downs are being made on a case-by-case basis in accordance with the guidance from local health organizations.

The company said it's also "exploring a variety of technical solutions" for its producers to create content from home.

Bell Media said "Your Morning" continues in production along with "CP24," "BNN," and CTV News programming. And at TSN, productions continue other than "That's Hockey," which has been suspended. Bell Media said it plans to reassess its entertainment programs on a week-by-week basis.

And the CBC said it's in discussions with its independent production partners, and there is no series currently in production in-house at the public broadcaster. The CBC said the bulk of its scripted and factual series start shooting this spring or summer.

This report by The Canadian Press was first published March 17, 2020.