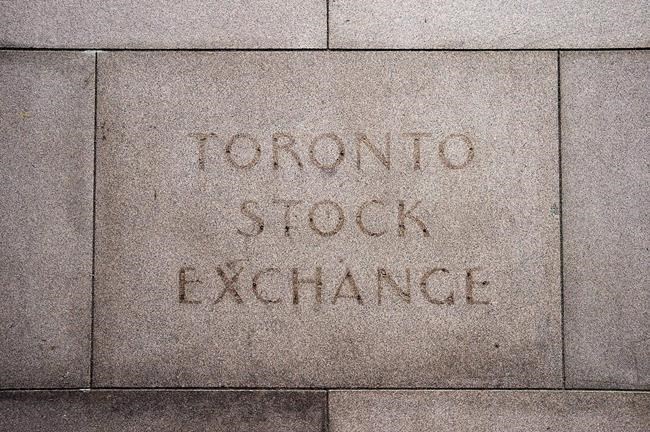 TORONTO — Canada's main stock index dipped midweek despite a surge in crude oil prices back above US$40 per barrel.

The energy sector was the star on the day, gaining 3.2 per cent with producers Vermilion Energy Inc. up 11.1 per cent and Crescent Point Energy Corp. up 7.2 per cent, while Whitecap Resources Inc. and Cenovus Energy Inc. were both 6.3 per cent higher.

The moves came as crude prices climbed 4.9 per cent as U.S. stockpiles fell to their lowest level since April and gasoline inventories were down twice as much as expected.

"Supplies are down, which seems to indicate with the inventories being down that the end of the driving season hasn't been as bad as people thought," said Michael Currie, vice-president and investment adviser at TD Wealth.

In addition, Hurricane Sally striking the Gulf Coast is causing production to be taken off-line for a little while.

The oil surge wasn't enough to pull the composite index up.

Eight of the 11 major sectors on the market were lower.

Technology took the biggest fall, losing nearly 2.4 per cent as all but one of the companies in the sector were lower, led by a 4.9 per cent drop by Shopify Inc.

The Canadian dollar traded for 75.94 cents US compared with 75.90 cents US on Tuesday.

The tech-heavy Nasdaq and S&amp;P 500 fell despite the largest ever software cloud company IPO.

Snowflake Inc. reached a high of US$320 per share before closing at US$253.93. That's 111 per cent above the US$120 the company set for shares in its initial public offering this week after setting its original expectation at US$75 to $85 a share earlier this month.

"The numbers are just staggering," Currie said in an interview.

Warren Buffett's Berkshire Hathaway and Salesforce put a lot of money in the company, which belongs to a sector that's in very high demand.

Snowflake's market capitalization is US$70.4 billion, up from US$12.4 billion in February.

"The number's just massive right across the board, which obviously is good for the market and especially the tech market. There's a lot of money looking for fast-growing stocks," said Currie.

The central bank also updated its forecasts, saying GDP and unemployment are not going to be as bad as previously thought.

"The markets aren't panicking too much because we've had five really strong months in a row so a little dip here in September and what we have seen on the overall dip is a bit of a rotation out of the high-flying tech names and a little more into the value names which, obviously, one of those would be on the oil side."

This report by The Canadian Press was first published Sept. 16, 2020.