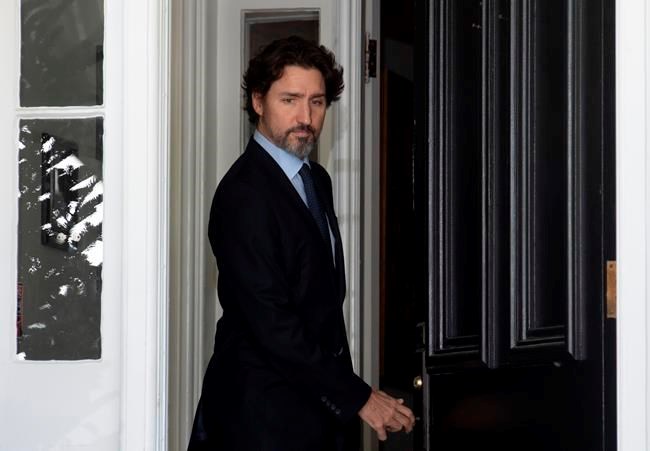 OTTAWA — Federal political parties are tapping into the emergency wage subsidy program to avoid laying off their staff as donations dry up during the COVID-19 crisis.

The Liberal and Conservative parties are already receiving the 75 per cent wage subsidy.

The NDP and Greens have both applied but have not yet been approved.

The Bloc Quebecois, which operates only in Quebec, said Friday it has not applied for and does not need the subsidy.

Under the $73-billion program, the federal government will cover 75 per cent of wages — up to $847 per week, per employee — for eligible companies and organizations.

The program was initially intended to apply to payrolls between March 15 and June 6 but has now been extended to the end of August.

To be eligible, a company or organization must have seen its revenues from January and February decline by 15 per cent in March or 30 per cent in April and May  — conditions that four of the five federal parties believe applies to them.

Political parties rely heavily on donations to finance their operations but they've had to suspend in-person fundraising events since mid-March, when the country went into lockdown to curb the spread of the deadly new coronavirus that causes COVID-19.

They've also constrained, or halted altogether, their ubiquitous fundraising pitches to supporters, recognizing that many have lost jobs and income due to the pandemic and are in no position to donate money to political parties.

"The health and safety of Canadians is always our top priority, and all in-person fundraising events were paused as of early March," said Liberal party spokesman Braeden Caley, adding that the party's communications with supporters during the pandemic have focused on the emergency benefits that are available to them, rather than the usual pleas for money.

"As has been reported for other parties as well, the Liberal Party of Canada has met the eligibility criteria for the Canada Emergency Wage Subsidy in recent weeks and received that support. "

Caley said some 75 to 100 full- and part-time staffers' paycheques are being subsidized by the federal government.

"As an organization, we rely heavily on the donations of individuals, especially for our day-to-day operations which are 100 per cent funded by our donors. We understand that many Canadians are not able to give at the moment, which is why we've been taking a different approach on donation asks and operations that take that into account," he said.

But it's not just that donations have dried up. Hann said the pandemic "has meant incurring unexpected expenses that ensures our staff have the ability and technology to work remotely for an extended period."

"We have applied and been accepted for the federal wage subsidy, and with staff across Canada that have young and extended families that all rely on our organization, we want to do everything we can to maintain regular operations and continue to avoid layoffs."

Anne McGrath, the NDP's national director, said her party has just applied for the subsidy for some 30 full- and part-time staffers and is awaiting the government's response.

"We had a fundraising plan for this year and ... it was actually going better than forecast and then the pandemic hit," she said.

McGrath acknowledged there is likely to be some criticism about political parties tapping into a wage subsidy program, which all parties' MPs voted to create. But she said political parties are a fundamental part of Canada's democracy and deserve to be treated the same as other eligible organizations, which include charities and non-profits.

"Personally, I think this is the responsible and right thing to do. It's what the program was designed for. We're part of this society, our workers deserve to be protected as much as any other workers."

Green Party executive director Prateek Awasthi said his party has applied for but not yet received the wage subsidy.

"We have had a drop in donations and we are a non-profit and take seriously our responsibilities to protect the jobs of our staff members," he said.

It is not yet clear precisely how much the pandemic has hurt parties' fundraising efforts.

The most recent financial reports filed with Elections Canada were for the first three months of 2020, which would cover only a few weeks of the pandemic-induced slowdown.

Even so, the Liberals, Conservatives and NDP all reported a considerable dip in donations compared to the first quarter in 2018, the last non-election year. (Donations are always highest during election years so comparisons with 2019 would not be relevant).

This report by The Canadian Press was first published May 22, 2020.