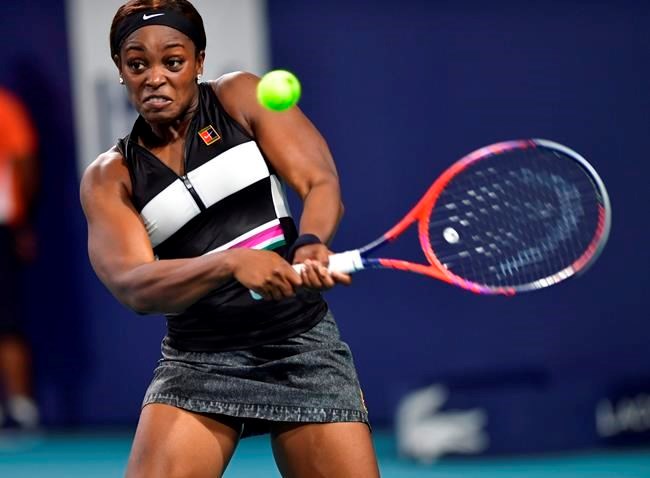 Altidore posted a picture on social media of the smiling couple seated on a staircase.

Stephens, meanwhile, posted a photo that showed Altidore hugging her from behind. "Forever yes," she wrote, also with a heart emblem.

The 29-year-old Altidore, in his fifth season with the Major League Soccer team, signed a three-year contract extension in February that will keep him in Toronto through the 2022 season.

Stephens, 26, is currently ranked eighth in the world by the Women's Tennis Association. She won the U.S. Open in 2017.

Altidore is no stranger to cheering Stephens on from the stands, although he acknowledges it's not easy.

"Man, I still haven't found a way. I still haven't become good at it," he said last September. "There is no becoming good at it. Because you know how much it means to them, you know what they feel like after, good or bad. So it's not easy to watch, because you live and die out there with every point."