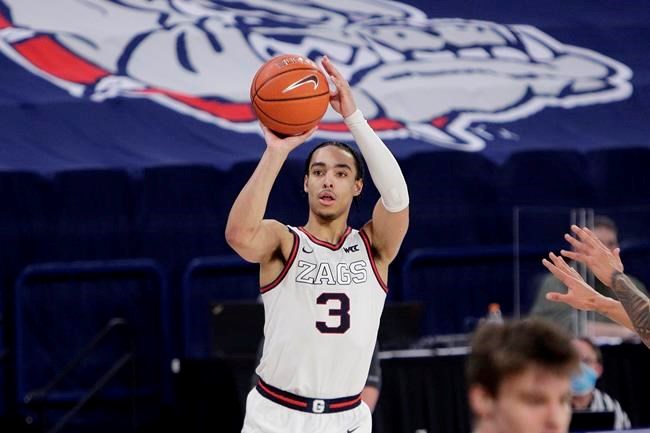 Canadian guard Andrew Nembhard was named sixth man of the year by the West Coast Conference on Wednesday.

The 21-year-old helped No. 1-ranked Gonzaga to an undefeated regular season, averaging 4.4 assists for fourth in the conference and 9.0 points a game. He's ranked 11th in the NCAA in assist-to-turnover ratio (3.39).

The 24-0 Bulldogs are aiming to be the first NCAA Division I basketball team to go undefeated and win a national title since Indiana in 1976.

The six-foot-five Nembhard, from Aurora, Ont., transferred from Florida prior to the season, after starting all 67 games for the Gators in his two seasons there. He earned SEC all-freshman honours in the 2018-19 season at Florida, and then averaged 11.2 points and 5.6 assists in his sophomore year.

This report by The Canadian Press was first published March 3, 2021.