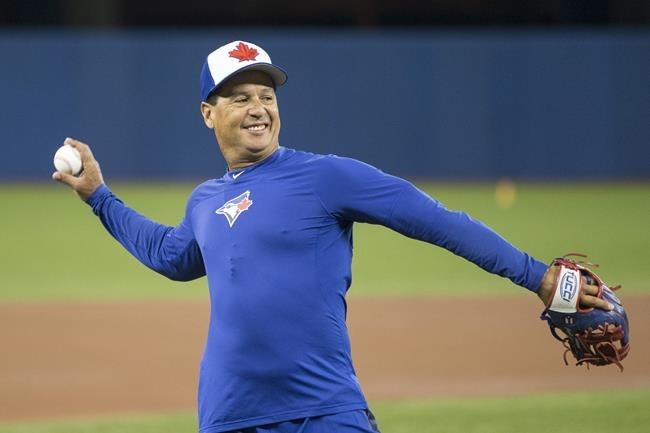 TORONTO — When the Toronto Blue Jays open the 2019 season against the Detroit Tigers Thursday afternoon, it will mark not only a new beginning for a team trending towards a more youthful core, but a fresh start for its rookie manager too.

While Charlie Montoyo expects his first game as a major league manager to be special, he couldn't quite articulate how significant it will be — not yet anyway.

"How I'm going to feel? I don't know. I haven't been there yet but I'll tell you after the game for sure," Montoyo said with a smile. "It's going to be exciting, I know that."

"I'm having fun," Montoyo added. "I'm very happy to be here and I'm not taking any minute for granted. (I'm) thankful, grateful, I'm going to give you all I got, that's all I know."

Montoyo, who was hired this off-season to replace the affable John Gibbons after six years at the helm of the club, will have his family from Puerto Rico in the stands for Thursday's opener, as well as friends travelling from some of the minor league cities in which he has managed in the past.

Montoyo smiled through his Wednesday afternoon press conference, sitting in front of freshly painted blue walls and a set of TV screens adorned with the Blue Jays logo in the newly renovated media room in the bowels of the Rogers Centre.

The 53-year-old, who spent much of the last six weeks at spring training getting to know the players he'll be managing — and some of the media members he'll be dealing with on a day-to-day basis — opened the press conference by joking that he was nervous to see so many reporters in front of him.

"Man, I know everybody but I'm nervous. It's my first time," he said as he took his seat. "But we're good."

Montoyo said he wasn't sure if he would address his team before Thursday's late afternoon start, saying that his initial pep talk with players to open spring training was received well.

"You know, my meeting at spring training was really good and I'm debating — I don't want to mess it up," he said with a laugh. "I think we're good. ... Everybody was giving me high-5's and stuff so if I say something else I might mess it up."

Montoyo joined the Blue Jays after three seasons as the bench coach of the division-rival Rays in Tampa Bay, where he got to witness Toronto's 2015 and 2016 playoff runs from afar.

While the Blue Jays aren't expected to contend for the post-season in 2019, Montoyo said he wants his players to still show up to the field with a winning mentality each day.