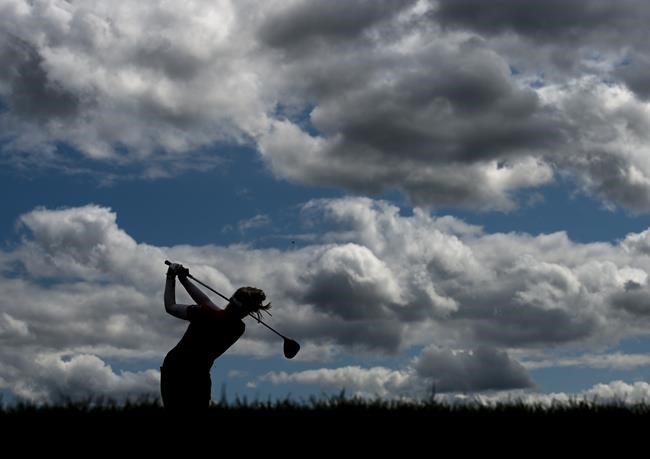 The Canadian women's professional golf championship was scheduled for the first week of September at Vancouver's Shaughnessy Golf & Country Club but Golf Canada announced on Tuesday that the event had to be cancelled.

Organizers had hoped that the tournament would be able to go ahead as planned, but travel and border restrictions due to the COVID-19 pandemic made it impossible.

"It really was a decision that was out of our hands and made for us with the quarantine act and the border closure," said tournament director Ryan Paul. "It's the right decision, it's the safest one, everyone's health and safety is always first and foremost, it's just disappointing."

It's the first time that the LPGA Tour event — started in 1973 as La Canadienne — has been cancelled.

Vancouver will still get its opportunity to host the CP Women's Open, with Golf Canada announcing that Shaughnessy has already agreed to host the event in 2021.

"We can now look ahead to hosting an exceptional CP Women’s Open next year in the world-class city of Vancouver," said Golf Canada CEO Laurence Applebaum in a statement. "I also applaud the swift and supportive response from our friends at Shaughnessy Golf and Country Club as well as the Province of British Columbia and Sport Hosting Vancouver who continue to be tremendous hosts and partners in welcoming the LPGA Tour back in 2021."

The RBC Canadian Open, Canada's men's professional championship, was cancelled in mid-April. It was to be held at Toronto's St. George's Golf and Country Club and Islington Golf Club in early June. There are tentative plans for the same venue to host the only Canadian PGA Tour stop next year.

Paul spoke with world No. 7 Brooke Henderson of Smiths Falls, Ont., Hamilton's Alena Sharp, and Charlottetown's Lorie Kane — all of whom planned to play at the CP Women's Open — about the tournament's cancellation before it was announced.

"It's just as disappointing for the Canadians as it is for all the LPGA members," said Paul. "The CP Women's Open is always one that gets circled on the calendar right away."

Paul said that, to the best of his knowledge, the LPGA Tour does not intend to schedule a new event in the time slot previously held by the CP Women's Open.

This report by The Canadian Press was first published June 30, 2020.