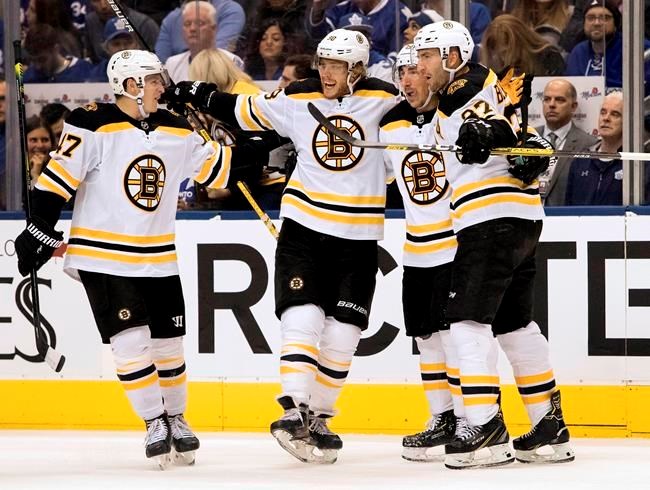 Pastrnak had seven goals and two assists in three games for the Bruins last week. The Czech native scored all four Bruins goals in a 4-2 win over the Anaheim Ducks on Oct. 13.

Carlson had seven assists and one goal in four games last week as the Capitals went 3-1-0. The American has 18 points through 10 games. Only two defencemen in NHL history have had 18 or more points in the first 10 games of a season — Paul Coffey and Bobby Orr, twice.

Hutton posted two shutouts in as many starts for the Sabres. The native of Thunder Bay, Ont., set a franchise record for saves in a regular-season shutout, stopping 47 pucks in a win over the Los Angeles Kings last Thursday.

This report by The Canadian Press was first published Oct. 21, 2019.