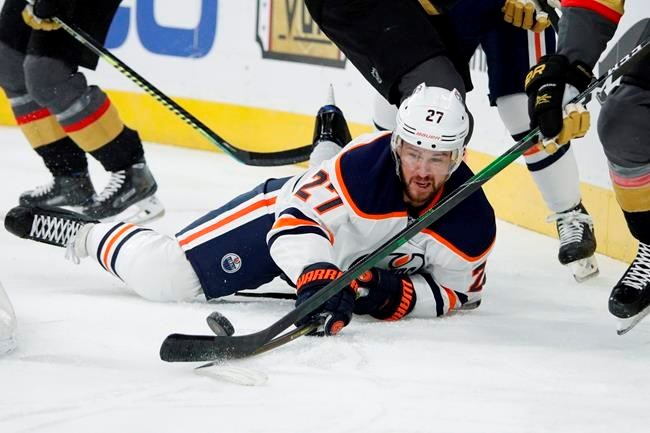 The Oilers announced Friday that Green has a sprained MCL. He was hurt in a loss against Vegas on Wednesday.

The Oilers acquired Green in a trade with the Detroit Red Wings early Monday, hours before the NHL's trade deadline.

Green was playing his second game with the Oilers when he suffered the injury.

The 34-year-old Calgary native has three goals and eight assists in 50 combined games with Detroit and Edmonton this season.

This report by The Canadian Press was first published Feb. 28, 2020.