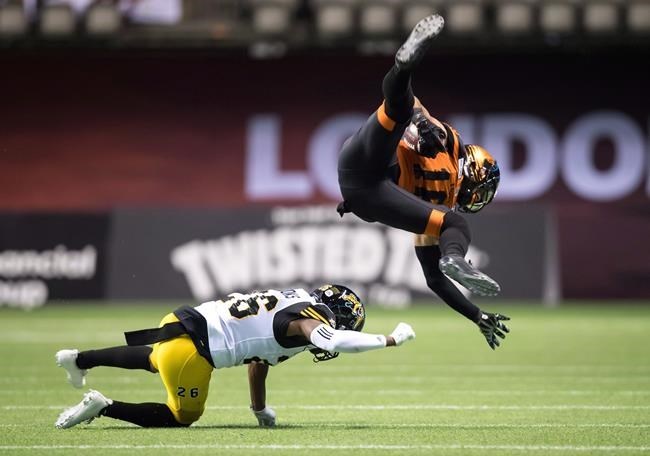 Brooks, 27, was scheduled to become a free agent next week.

The five-foot-10, 200-pound Brooks was an East Division all-star last season. He registered four interceptions, a career-best 57 tackles, three forced fumbles and one tackle for loss.

Brooks has appeared in 29 career games with Hamilton, accumulating 90 tackles, one special-teams tackle, five interceptions and four forced fumbles. He also attended training camp with the Toronto Argonauts in 2017.

The Calgary Stampeders have re-signed veteran defensive back Brandon Smith.

A member of the Stamps since 2008, Smith is one of only three players to have won three Grey Cups with Calgary.

Smith has played 158 career regular-season games for the Stamps as well as 18 post-season contests, including six Grey Cup appearances. He has accumulated 585 career defensive tackles, including 14 tackles for a loss as well as 13 special-teams tackles, 15 interceptions, nine forced fumbles, four fumble recoveries and 39 knockdowns.

"I'm excited to play another season and the chance to defend the Grey Cup championship in our home city played a big role in my decision to return," Smith, a CFL all-star in 2014, said in a statement. "The body is feeling good and I'm still having fun, so I'm ready to keep it going. I love the organization, the coaching staff, my teammates, the fans and the city and I can't wait to get back on the field."