"Times are tough but it doesn’t have to be all doom and gloom. We can depend on the strength and resilience of our business community and create the right conditions for job creators to thrive."
Nov 18, 2020 1:00 PM By: John Liston and Paige MacPherson 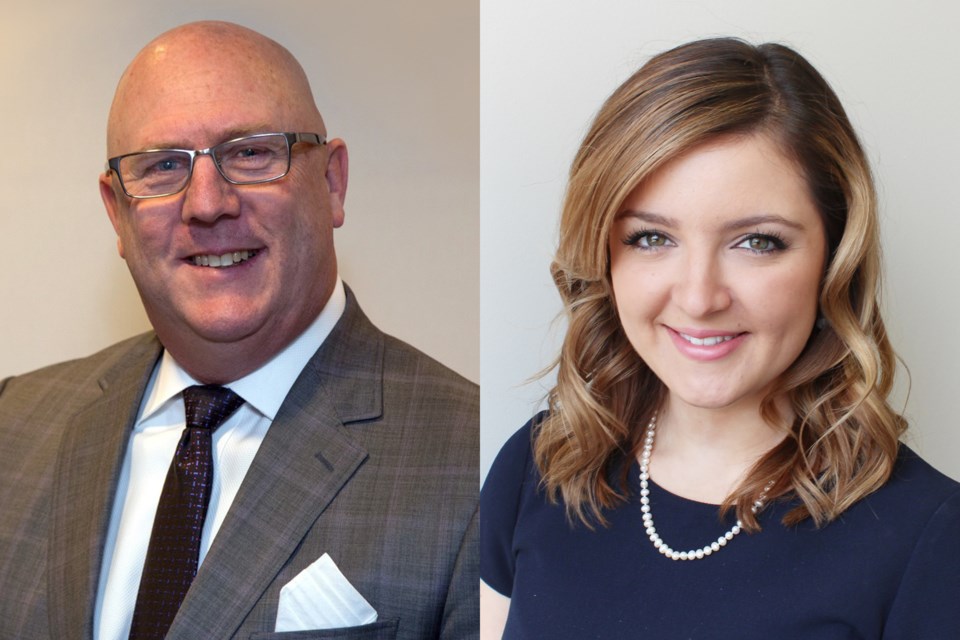 Alberta farmers know the amount of rain can impact the quality of that year’s harvest. Business owners know if the government doesn’t put serious focus on debt reduction, its interest payments will grow like weeds and taking entrepreneurial risks to rebuild the economy will be much more difficult.

Entrepreneurs, families and all Albertans face real consequences for runaway debt. If they max out their credit cards, the fix is painful: first, they must stop spending at the rate they have been; and second, pay back the debt. They will be forced to say no to things they still want or need.

Debt matters for governments, too, and there are consequences for the debt rolling in at record speed – but those consequences are borne by Albertans, not their politicians. Albertans will be forced to say no to things we all value, such as new schools or hospitals, because the money went toward paying fees on the government’s debt.

Right now, businesses are in survival mode. Many have gone virtual or innovated to adapt to the current climate. Grocery stores are delivering and restaurants are off-selling alcohol. But many others are struggling to stay afloat amid new regulations and reduced capacity.

Businesses will build our province’s economic recovery, but before entrepreneurs will take bigger risks, they need confidence that growing government debt will not lead to higher taxes and a poor investment climate making it tremendously difficult to succeed.

According to the Canadian Taxpayers Federation’s Alberta debt clock, we’re $77.5 billion in the hole, and counting. That’s nearly $18,000 per Albertan and it doesn’t include federal, municipal or personal debt. Alberta is rapidly heading toward $100 billion in debt by the end of the year, and $2.5 billion in debt interest payments – a milestone no one should celebrate.

Even worse, Ottawa is nearing $1 trillion in debt. Prime Minister Justin Trudeau has officially cut himself loose from a so-called fiscal anchor, signalling nothing will constrain his government’s spending. When it comes to fiscal responsibility, he’s abandoned ship.

The COVID-19 pandemic hit all government revenues hard. It sparked new spending to support those who’ve been affected. Combined with the oil downturn, Alberta’s debt situation is worse than ever.

The consequences of debt may appear theoretical, but not too far away, Newfoundland and Labrador is bankrupt “by almost any economic metric” according to Atlantic Business Magazine, showing very clearly that there are limits to government borrowing. When you’re up against a wall, your options become strikingly limited.

Every dollar spent on debt interest payments is a dollar that can’t fund roads, law enforcement, health care and schools.

Runaway debt impacts our agility. COVID-19 has taught us that governments must be flexible in order to respond to unexpected situations.

Every business owner knows that being in a strong financial position will mean more opportunity for business owners, employees and their families. Not having to pour tax dollars into debt interest payments, and standing on firmer fiscal ground, will mean more access to capital, more resources with which businesses can invest and more stability overall. Debt reduction must be an urgent focus for the Alberta government, with more aggressive targets made clear to the public and investors.

The same can be said for maintaining a fiscal anchor, to which our federal politicians must return immediately. Politicians must restrain themselves to ensure confidence in the markets, and let entrepreneurs know that they can take that leap, make that investment in their idea, create those jobs – without the threat of ever-increasing taxes to finance political recklessness.

Times are tough but it doesn’t have to be all doom and gloom. We can depend on the strength and resilience of our business community and create the right conditions for job creators to thrive.

Interest on debt grows without rain. The longer we wait to reduce the debt, the taller those interest payments will grow. Time to park the government largesse and give entrepreneurs the confidence to do what they do best.

John Liston is president of Alberta Enterprise Group and Paige MacPherson is a policy professional and writer with a Master of Public Policy from the University of Calgary.