In a world designed to move at breakneck speed, where we interact more with our smartphones than with other people, where the emphasis is on living an Instagrammable life and where a moment’s pause is nearly unheard of, Jean Folinsbee stands as a cal 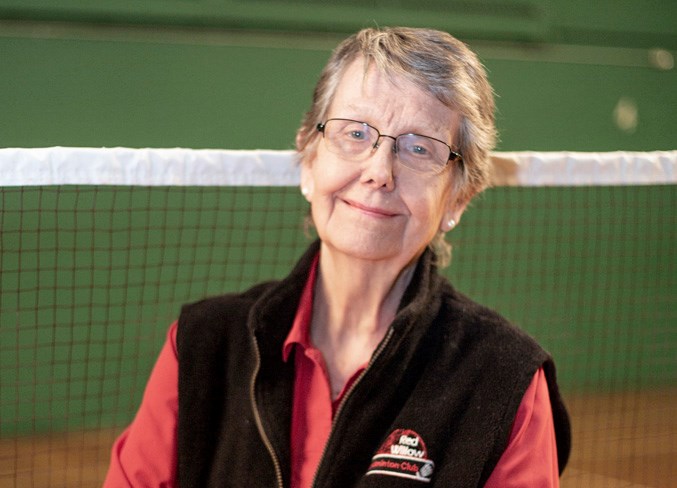 In a world designed to move at breakneck speed, where we interact more with our smartphones than with other people, where the emphasis is on living an Instagrammable life and where a moment’s pause is nearly unheard of, Jean Folinsbee stands as a calm, quiet, voice of reason. She’s a badminton World’s Masters champion, a holder of four junior titles, a Christian with an unshakable faith, and a woman who knows giving back is the only thing she wants to do in life.

The Red Willow Badminton Club, which Jean and her (late) husband David built from the ground up, is the culmination of her desire to be positive force in the community. The club is her passion and her mission. It’s a great place to get professional instruction, and also a wonderful place to enjoy the sport recreationally – but it’s so much more than that. It’s a place where, as Jean says, “people come for all reasons.”

The story of the Red Willow Badminton Club starts many years ago and many miles away. Jean was born in South America and came to Canada with her family. She was living in Calgary when she was introduced to the sport. After a friend asked her to play a game, she fell in love with badminton, and later, with David who was also her coach.

David Folinsbee has been called “one of the most influential people in the sport of badminton in Canadian history.” He is remembered for creating tournaments across the country, including the Canadian Open Championship.

Jean achieved her own level of fame. She is the only person to win both the junior and senior titles in the Canadian Badminton Championships – a feat she did on the same day. (At 17 she qualified for both levels of the championship.) Her dual-win record has never been broken. Jean would go on to win five Masters titles, including one in her 50s and another in her 60s.

For their outstanding achievements on the court and many contributions to the game across Canada, David and Jean were inducted into the Alberta Sports Hall of Fame in 2015.

The couple had always dreamed of opening their own badminton club and when the opportunity presented itself in St. Albert, they didn’t hesitate.

In 1988, Red Willow Badminton Club went from a bare patch of land to a fully functioning facility in just nine months. “It was like a birth,” Jean laughs. She has a great sense of humor, but the build was no laughing matter. Almost every dollar that went into building the club came from private funds. The couple would go as far as to sell their home and build, with special permission from council, a private residence in the facility. Jean still lives there today. “There were no handouts,” she points out. “We were always frugal.”

She says, “The Red Willow Badminton Club is my ministry. I love hospitality.” The club has a small kitchen where she prepares and sells refreshments, including what could be the tastiest homemade chocolate chip cookies in the city. “This is a place where you come to be healthy, mind, body and soul. It’s a place for families. It’s a place for everyone.”

Jean and her husband designed the club to be an affordable, safe, inclusive space where patrons could learn a new skill while also learning diligence, patience, and discipline. She personally greets everyone by name. There is a roomy lounge downstairs where parents can chat as they wait for their children and a viewing area on the upper floor that overlooks the courts. A hospitality room is also on site for private events. Locker rooms with showers, along with a concession, pro shop, and small racquet repair room complete the club. The courts themselves feature gleaming floorboards, great lighting, and share the same sense of welcoming calmness felt throughout the entire building. While there are memberships, it is not an exclusive club. Drop in times are available.

For Jean, the club has always been about helping other people through fitness and providing a sense of community. Now in her 80s, she can still be found on the court, passing on the skills she learned as a one of the world’s best female badminton players.

With the support and help of her two sons and her daughter, Jean is happy to continue running the Club. Still as active and healthy as ever, she has no plans to retire. As the Red Willow Badminton Club celebrates its milestone 30th anniversary, she looks around the facility and smiles. “I’ve never been so content. I wake up every day happy to be here.”

Learn more about the club by visiting www.redwillow.ca