Braveheart of the Steppe: the incredible legend of Queen Tomiris

Now on DVD and VOD is the epic tale of the avenging Queen of the Great Steppe: Tomiris was a fierce leader and warrior whose life lives on in legend.
Oct 14, 2020 1:50 PM By: Scott Hayes 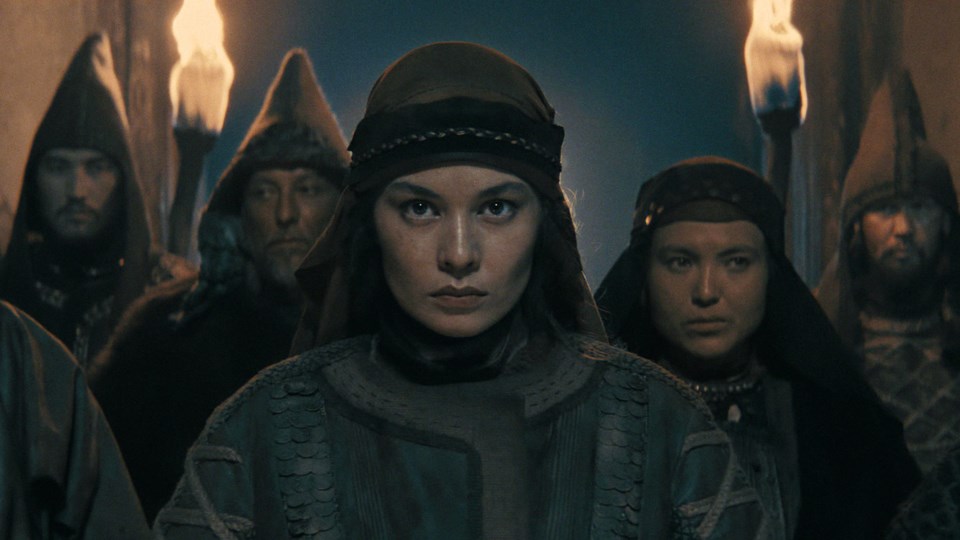 If movies about ancient civilizations and legendary conquering heroes are your thing, but you’re also done with those heroes being men, then here’s something new for you. Put your copies of 300 and Alexander and Troy away: it’s time for a change, one with a Kazakh twist.

The Legend of Tomiris is the based on a true story movie about the historical heroine Queen Tomiris of Massagetae. She has a fascinating legend filled with vengeance . She was basically the real life Wonder Woman, complete with an army of female warriors. This nomadic ruler overcame great personal tragedy to repel the powerful Persian empire, unite the Great Steppe (parts of modern-day Turkmenistan, Afghanistan, western Uzbekistan, and southern Kazakhstan). She was basically the Braveheart of the Scythian people.

With such legendary tales oft come epic movies, this here being no different. It’s grand in scope and scale, covering the Queen’s life from childhood after her mother died during childbirth to being raised to learn how to fight by her father to avenging the deaths of her people during the invasion and attempted conquest of her country by Cyrus the Great, founder of the Achaemenid Empire. This is certainly fodder for a ‘swords and sandals’ retelling except that the setting is the sparse steppes of Eurasia. If I didn’t know any better, I’d bet that Conan the Barbarian was originally based on this fierce female fighter. Now that Mulan has had her moments, it’s high time that other extraordinary female heroes had their due too.

Action-heavy at times, but with an ample amount of exposition in order to fill in the full timeline, Tomiris is a really wonderful, big budget/big production affair yet so far from glossy like what Hollywood would have done. Watching it made me feel gritty and learning the story gave me a better appreciation of world history. How can you go wrong?