If you’ve never had the pleasure of watching an episode of The Kids in the Hall, then you’ve missed out on a quintessential adventure experience into the heights and depths of Canadian humour.
0
Jul 14, 2017 12:00 AM By: Scott Hayes 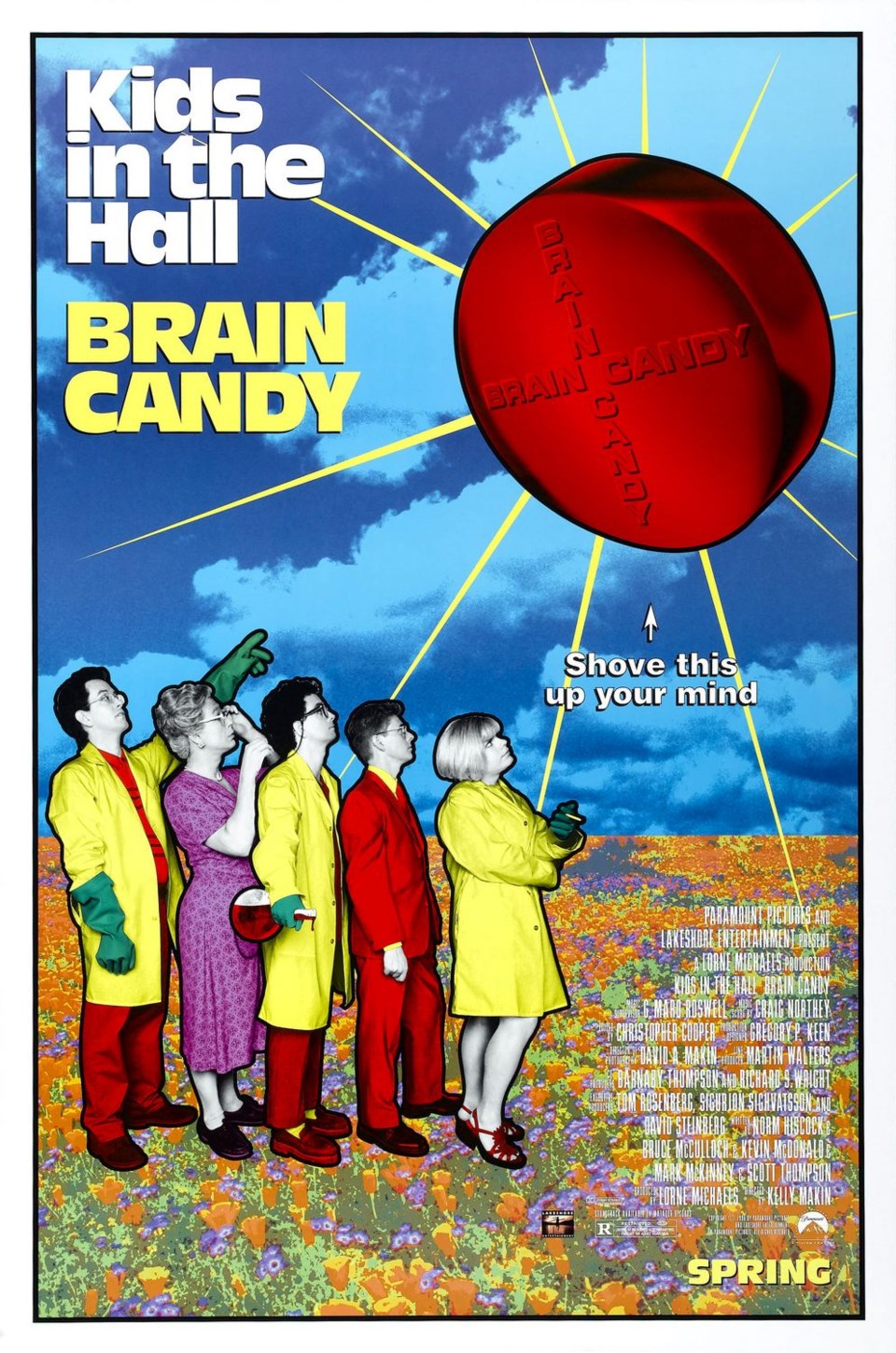 Brain Candy to sing along to

And hey... there’s music too! Speaking of defying the odds, the Brain Candy soundtrack is a stellar piece of oddball oddities. As the movie has elements of diagetic wonder, the album features a few scenes with characters in dialogue or breaking out into song, starting with McCulloch’s Grivo moping to his mortcore throngs. Yes, Odds are there to start it off with him as his band, Death Lurks. Hi Craig Northey! I see you there! You produced this whole bit of excellence. Good on ya, eh! The soundtrack is pure awesomeness with its eclectic and strange mélange of contributors. Furthermore, it seems as Canuck as eating Cheezies and drinking Pilsner from stubbies but there’s a veritable Yankee deluge of American mid-90s ‘alternative’ acts like Stereolab, Pavement, and Matthew Sweet. Revel in the actual film track of Scott Thompson in character realizing that he is, in fact, gay. I’m Gay is brilliant and joyous singing, ending with Thompson marching down the street with dozens of others, young and old, as he belts out a sustained ecstatic and climactic 15-second verse of “I’m gayyyyyyyyyyyyyyyyyyyyyyyyyyyyyyyyyyyyy!” Even the ears need to breathe after that. Back to the soundtrack... there’s Yo La Tengo for indie flave, and Liz Phair with her razzamatazz of hard-boiled badassitude singing “Six Dick Pimp”... sorry, mom. If things weren’t goofy enough, They Might Be Giants swoops in to save the day with “Spiraling Shape”. Odds returns on its own moniker for “Eat My Brain” (from their mucho popular album Good Weird Feeling) and The Tragically Hip arrive as they must for Butts Wigglin’ (a song borrowed from their Trouble at the Henhouse record). That’s good treadmill music right there, I am telling you, sir. Finally, Shadowy Men on a Shadowy Planet finish off the disc with Having an Average Weekend, the Kids’ splendid guitary theme song of yore, but not before perpetually towel-clad Paul Bellini has his own instrumental called Long Dark Twenties to usher it in. Thus caps off this cult Canadian classic, and the career of an irreplaceable comedy troupe.