2 men charged in assault on Black man at Indiana lake 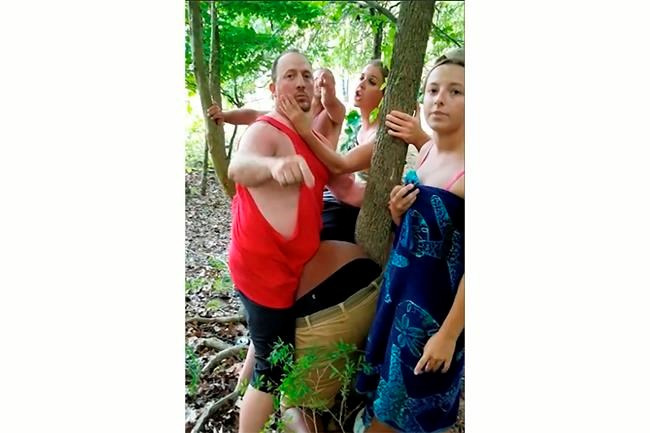 INDIANAPOLIS — Two men were charged Friday in an assault on a Black man during which he says someone threatened to “get a noose” after claiming that he and his friends were trespassing when they gathered at a southern Indiana lake over the July Fourth weekend.

The charges follow weeks of protests demanding arrests in the assault on Vauhxx Booker, a civil rights activist and member of the Monroe County Human Rights Commission. Booker said he called 911 after the men assaulted him and pinned him to a tree at Lake Monroe just south of Bloomington.

Purdy's attorney, David Hennessy, had no immediate comment on the charges. Hennessy previously said Booker has presented “a false narrative” and called Booker “the instigator and the agitator.”

It wasn't immediately known if Cox had a lawyer who could speak on his behalf.

Booker said five men accused him of trespassing on private property. After he tried to apologize, the situation got physical. Booker said the men threatened to break his arms and said, “get a noose,” while telling his friends to leave the area. Booker said one of the men wore a hat decorated with a Confederate flag and that the men made statements about “white power.”

Witnesses who were with Booker that day said they heard racial slurs being shouted and that someone said “get a noose” and “leave the boy here, we will take care of him.”

Booker and attorney Katherine Liell said they were “relieved” by the charges, but that it was “just the first step towards justice and change.”

“This whole thing has been an exercise in vulnerability for me,” Booker said during a news conference Friday. “But this is about justice. What I want now is for our to do their part and determine the fate of these individuals.”

Liell also criticized a report produced by the Indiana Department of Natural Resources that indicated Booker and one of his acquaintances could also be accused of crimes, saying it “erased evidence of racism and of a hate crime” and attempted to malign Booker.

"Of course he didn’t commit a battery,” Liell said. “They tried to make Vauhxx Booker look like he wasn’t credible.”

DNR officers responded to the scene when Booker reported the assault.

Hennessy has said that Booker was on private property on the day of the incident, and that after Purdy and his associates informed Booker of the property line, the situation was assumed to be resolved. Hennessy contends that hours later, however, Booker again approached Purdy and a group of others. Witnesses told DNR investigators that Booker threatened them, claiming to be a county commissioner. Then, he said, Booker “got in the face” Purdy’s girlfriend and punched Purdy three times.

Cox, who is Purdy's friend, said Booker also punched him in the face and that he “was pretty sure” that he hit Booker twice in the face.

Purdy, Cox and Booker all sustained minor injuries, according to the probable cause affidavit. Liell said Friday that Booker was trying to protect himself, but that due to a concussion he sustained during the altercation, he doesn’t remember exact details.

Booker was recently diagnosed with the coronavirus, and Liell speculated that this could be connected to “spitting and yelling” during the alleged attack. No information has been released on the health status of the men accused in the attack.

The FBI said it was investigating the incident as a possible hate crime, though no additional updates have been provided about the status of its investigation.

Casey Smith is a corps member for the Associated Press/Report for America Statehouse News Initiative. Report for America is a national service program that places journalists in local newsrooms to report on undercovered issues.