Fed Chair Powell: Will 'use our tools' to support economy 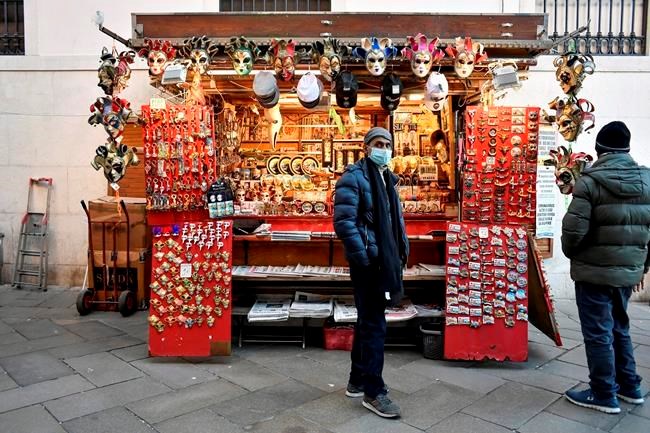 WASHINGTON — Federal Reserve Chairman Jerome Powell pledged Friday that the Fed will “use our tools" to support the economy, an effort to ease fears over the viral outbreak and a strong signal of a likely rate cut, perhaps at its next meeting March 17-18.

The statement said the Fed will “act as appropriate to support the economy." It came amid a week of dizzying plunges in stock prices that drove averages down roughly 13% in value.

Powell said the fundamentals of the U.S. economy “remain strong" but noted that "the coronavirus poses evolving risks to economic activity.”

“The Federal Reserve is closely monitoring developments and their implications for the economic outlook,” he said.

Such statements from the Fed are unusual and tend to come during crises that cause widespread fears in financial markets. Similar comments were issued after the October 1987 market crash and after the Sept. 11, 2001, terrorist attacks.

The Fed's statement Friday followed comments from some economists urging rate cuts to help allay anxieties and support the economy and the markets. Economists from Bank of America said Friday that they expect the central bank to cut its benchmark short-term rate by a half-percentage point at its March meeting, which would be twice the typical size of a cut and the largest cut since the Great Recession.

“We are convinced of Fed action — the only debate is over the timing and magnitude,” the economists from Bank of America wrote in a research note before Powell's statement was issued. “Much will depend on the news of the virus over the next two weeks.”

Investors are increasingly envisioning that the Fed will take action soon. On Friday afternoon, traders priced in a 96% likelihood that the central bank would announce a half-point cut in March, according to the Chicago Mercantile Exchange's Fedwatch tool. Before Powell's statement, the probability of a half-point cut was estimated at just 47%. Even that was a dramatic change from just a week ago, when the likelihood of a quarter-point cut was put at 11%.

The initial reaction from investors was muted, with the Dow Jones Industrial Average still down about 600 points about 30 minutes after the statement, though the Dow had been down roughly 780 points before it was issued.

It's unclear what economic benefit a Fed rate cut, even a sizable one, might provide. The main economic consequence of the viral outbreak so far is the disruption of global manufacturing supply chains in China, South Korea and Japan, all of which have been hit by the disease. Lower interest rates wouldn't be able to repair those breakdowns, especially because global borrowing rates are already ultra-low.

Lower rates typically encourage consumers to borrow and spend more. But if the COVID-19 becomes a global pandemic that forces widespread quarantines and closes businesses and restaurants, looser credit might do little to improve confidence and economic activity.

Economists are concerned that the coronavirus is transforming into a broader hit to consumer demand. Hotels and travel companies have reported rooms and postponed trips. And customers in many nations affected by the virus are shunning stores and malls.