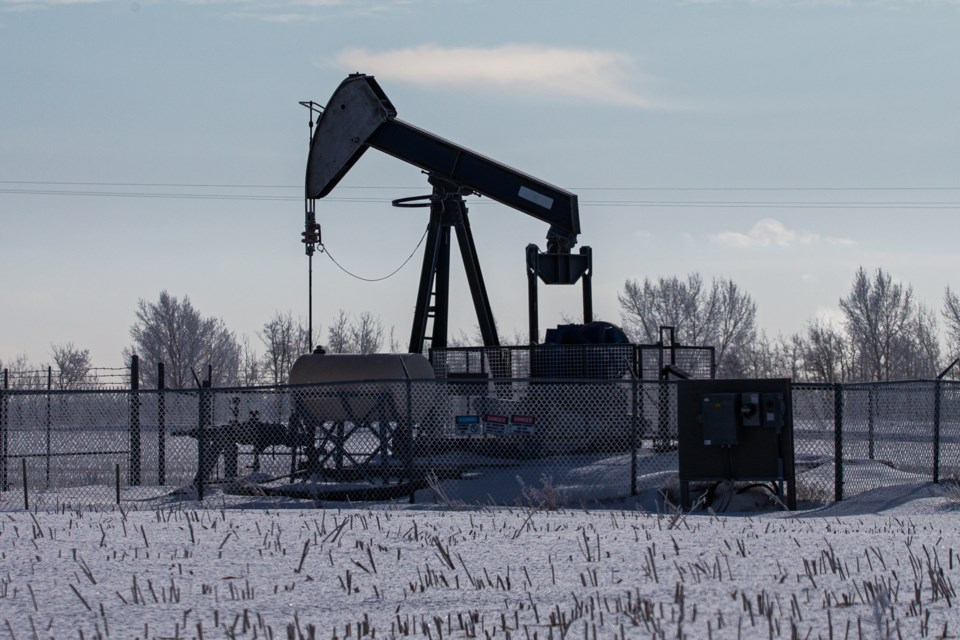 A pump jack at the intersection of RR 253 and Twp. Rd. 544 in Sturgeon County. CHRIS COLBOURNE/St. Albert Gazette

Sturgeon County sent out a message Aug. 10 saying it was “forced” to consider a tax hike of up to 10.8 per cent because of proposed amendments to the province’s tax assessment model for oil and gas properties. Many other rural municipalities issued similar warnings.

The province has proposed changes to the way it assesses oil and gas properties to boost competitiveness, said Al Kemmere, president of the Rural Municipalities of Alberta. These changes have been in the works since January but were under embargo until late July.

The changes deal with depreciation, which is a discount applied to an asset to reflect wear-and-tear over time, explained a RMA analysis. Right now, that discount is a fixed rate for oil and gas properties, which oil companies contend does not reflect the tendency for wells to become less productive over time. The proposed changes would have the discount start small but ramp up to higher than the current fixed rate after 16 or 26 years.

“The impact of that to a municipality is huge,” Kemmere said.

The four scenarios presented by the province would chop seven to 20 per cent off the average rural municipality’s tax base, the RMA analysis found. Under the 20 per cent scenario, which was the one favoured by the oil and gas sector, the average rural municipality would lose about 12 per cent of its revenue in 2021, with 10 losing about 20 per cent. This would lead to tax hikes, service and staff cuts, and possible dissolution.

The proposed changes would cost Sturgeon County $646,000 to $1.6 million in revenue a year, Mayor Alanna Hnatiw said. The county would either have to cut spending or raise taxes by 4.4 to 10.8 per cent to make up for the loss. (A 10-per-cent tax hike works out to $141.60 for the average county homeowner.) It would also threaten other tax incentives the county is offering to attract investors to the Alberta’s Industrial Heartland.

“Given the (current) situation people are in, the last thing we want to do is entertain a (tax) increase,” Hnatiw said.

Some rural municipalities would lose 30 to 40 per cent of their tax base under these proposed changes, and are already owed millions in unpaid taxes from oil and gas companies, Hnatiw said.

“In an effort to save some oil and gas companies, it runs municipalities out of business.”

These changes would also cut the amount of cash rural communities could contribute to the provincial school tax, as they would shrink the rural tax base, St. Albert Mayor Cathy Heron said. Urban communities would have to make up for a roughly $69-million shortfall, which could mean an up to 11-per-cent hike to St. Albert’s school taxes.

“It shifts the burden to urban businesses,” Heron said.

Alberta’s current tax system encourages oil companies to shutter wells early, resulting in lost jobs and tax revenue, said Ben Brunnen, vice-president of fiscal and economic policy for the Canadian Association of Petroleum Producers (which consulted on the proposed tax changes). It is also out of step with that of other jurisdictions – a well assessed as being worth $4.5 million in Alberta is worth just $221,000 in B.C.

“If we want to be able to attract investment, we need to be able to assess these wells in a matter comparable to what other jurisdictions are doing,” Brunnen said.

Brunnen estimated 22 Alberta municipalities would see operating deficits under these proposed changes within 22 years, and expected a couple of municipalities to have some “pretty significant challenges in the near term.”

The oil and gas sector is struggling, but that is in large part due to global energy prices, Kemmere said. Oil and gas companies don’t have open financial books, so we can’t tell if they actually need these tax breaks.

The RMA analysis found the majority of the savings under the proposed changes would go to the top 3.6 per cent of Alberta’s oil and gas companies (the ones worth over $500 million), with some 72 per cent of the savings going to those big companies under one of the scenarios.

And there’s no guarantee those big companies would reinvest those savings in Alberta, Kemmere said.

“They can take the money they save and go invest it in Texas or North Dakota.”

Morinville-St. Albert MLA Dale Nally said the province has yet to decide on how to change the assessment model, adding some oil and gas companies alleged they would go bankrupt if the current system continued.

“We need an assessment model that is going to accurately reflect the real value of equipment and pipelines,” he said.

“The one guardrail we do have is that it has to be a fair assessment model.”

Hnatiw said she hopes the province will work with municipalities to come up with an alternative tax change, perhaps one that gives oil companies discounts based on energy prices instead of a permanent tax break.

Nally said these assessment changes would likely be finalized sometime this fall.